Tanner Roark on returning to Nationals' rotation, Nats as underdogs in 2016

Washington Nationals' right-hander Tanner Roark talked to 106.7 the FAN in D.C.'s Chad Dukes on Tuesday about being back in the rotation this season and transitioning back to a starting role. Can Roark get back to where he was before the bullpen detour?

Share All sharing options for: Tanner Roark on returning to Nationals' rotation, Nats as underdogs in 2016

He won fifteen games in 2014 after breaking through at the major league level in 2013, but in 2015, Tanner Roark moved to the Washington Nationals' bullpen.

The addition of Max Scherzer to an already strong rotation forced Roark into a relief role and things didn't necessarily go well for the then-28-year-old right-hander, whose place in the bullpen was unclear from the start and never settled.

"I mean, talk about the typical blue collar layman that goes out and wins fifteen ballgames and makes a little notch in his belt for him." -Mike Maddux on Nationals' starter Tanner Roark

With Jordan Zimmermann and Doug Fister leaving via free agency, however, another opportunity presented itself for Roark to return to the rotation, and as new pitching coach Mike Maddux said this winter, he is pulling for the right-hander.

"It's his job to lose," Maddux said in December.

"I mean, he's come out of... nowhere a couple of years ago and won fifteen ballgames and then there were some acquisitions and some health -- that there was some resurgence of guys added to the roster last year that kind of knocked him out. But you've got to admire a guy like him, holy cow.

"I mean, talk about the typical blue collar layman that goes out and wins fifteen ballgames and makes a little notch in his belt for him. That's pretty good.

"Easy to root for, and I'm rooting for him big time."

In an interview on 106.7 the FAN yesterday, in advance of his first start of the Spring this afternoon in the Grapefruit League opener, Roark talked to host Chad Dukes about trying to transition to relief work last season and now going back to the rotation.

"It was definitely a learning experience, going from starting and then into the bullpen," the now-29-year-old righty explained.

"I had to remember how to come out of the bullpen. I had to get hot fast, within ten pitches, and have all the pitches, your curveball, slider, changeup, you've got to have at least one of them ready to go.

"That's what this game is, 90% mental and 10% skill. You've got to be able to be mentally stronger than the guy at the plate when you're battling him..." -Tanner Roark on returning to the starting rotation

"So that was the hardest thing for me. And then my arm would always be fresh, because I wasn't [throwing] every fifth day and so I might have seen '96' up on the board one time -- I don't know if that was off the bat or not, but anyway, that's beside the point -- then that gets in your own head and then you're like, 'Okay, I'm going to try to blow it by everybody,' and then the result, you get the ball up, it's elevated, it's not located where you want it to be and you get hit around, and I was like, 'What is going on?'

"I couldn't figure out what I could do -- because I felt 100% every single day and then I figured out -- I talked to some guys, and had to revert back to when I was starting and you've got to pitch. I'm better when I'm 92 down at the knees with my sinker. Let that work. You've got to learn how to pitch and not try to blow it by everybody."

Roark admitted that it was as much a mental transition as it was a physical one.

While the expectation was that anything less than a World Series would be a disappointment last Spring, the Nats are not even a consensus pick to win the division this time around, but as Roark and other Nationals have said this winter, that's fine with them. 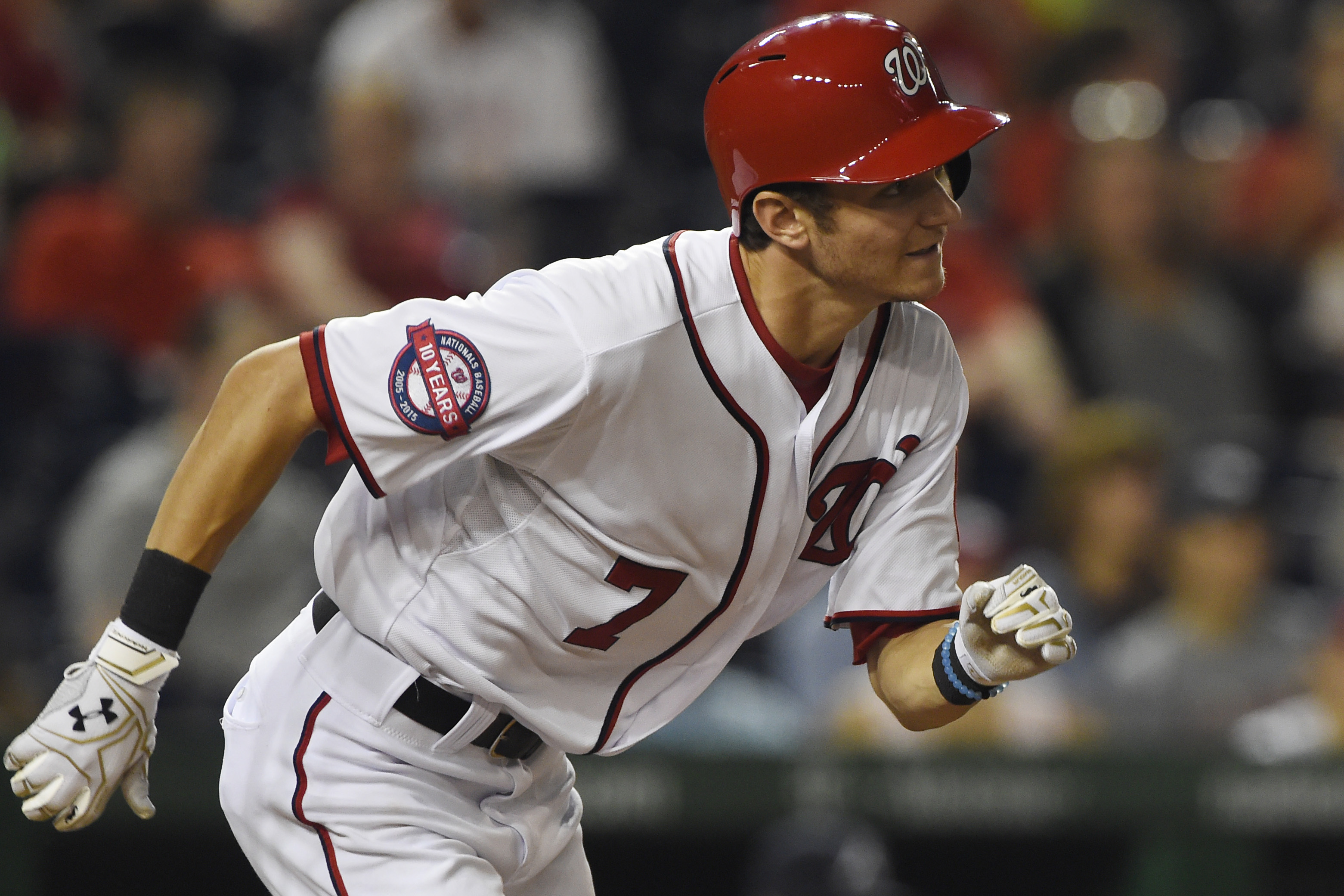 "So I like to be the underdog, myself personally, I've always been the underdog and I love flying under the radar and then being right in their face right then and there and surprising everybody and that's what I think this team will do.

"We're very optimistic and Dusty [Baker] and Mike [Rizzo] and everybody else in there in the clubhouse, they're very exciting to be around and they want to win just as bad as we do."

Roark gets the nod and will likely get two innings of work this afternoon in the Grapefruit League opener as the Nationals take on the Tampa Bay Rays in Port Charlotte, Florida. Game Time: 1:05 PM EST.