Tanner Roark got the start for the Washington Nationals this afternoon, completing two scoreless innings of work in what ended up a 6-2 win over the Tampa Bay Rays in Charlotte Sports Park. Roark was happy with his outing. Scott Sizemore got the big hit.

Just before 1:05 PM this afternoon, 66-year-old skipper Dusty Baker walked to home plate in Charlotte Sports Park in Charlotte, FL to bring out his first lineup card as the manager of the Washington Nationals and begin his 21st season as a major league manager.

It was just for the first game of Grapefruit League action, of course, but it was baseball, finally.

"Now that I'm here, I feel like I haven't been away, I don't know if it feels that special or this is where I belong..." -Dusty Baker on returning to bench in Grapefruit opener

"Now that I'm here, I feel like I haven't been away," Baker told reporters this afternoon, including MASNSports.com's Mark Zuckerman, when talking about his return to the bench this afternoon after a two-year absence.

"I don't know if it feels that special or this is where I belong," Baker said.

Tanner Roark, returning to where he believes he belongs in the Nationals' rotation after something of a lost season in the Nats' bullpen in 2015, threw a scoreless first inning, working around an error by Wilmer Difo and a two-out walk in an 18-pitch frame.

Nationals' backstop prospect Spencer Kieboom K'd swinging with the bases loaded in the Nationals' half of the second inning, letting Rays' right-hander Andrew Bellatti off the hook after a single (by Michael Taylor) and two walks (by Chris Heisey and Jose Lobaton) loaded'em up.

Roark struck out three batters in the second, stranding a runner after giving up a leadoff single to center by Rays' first baseman James Loney.

He was done for the day after throwing 33 pitches, 21 of them strikes according to multiple reports from Port Charlotte.

Roark told reporters after his two innings of work that he was happy with the results.

"I thought that I was able to locate the ball pretty well with my fastball, curveball was eh, slider felt really good, felt tight, sharp, changeup felt good..." -Tanner Roark on two-inning outing vs the Rays today

"I thought that I was able to locate the ball pretty well with my fastball, curveball was 'eh,' slider felt really good, felt tight, sharp, changeup felt good," he said.

"Everything, I felt, was not where it needed to be 100%, but getting there, I could feel it, so that's a good thing."

Wilmer Difo singled and scored from second on an errant pickoff attempt at first base in the Nationals' half of the third. 1-0.

Joe Ross took over on the mound for the Nationals in the bottom of the third inning and was greeted by Wilmer Difo's second error of the game on a one-out grounder to second base by Kevin Kiermaier.

A two-out single by Logan Morrison and a two-run double to center by Desmond Jennings put the Rays up 2-1 after two and a half. Ross threw 23 pitches total in the top of the third.

Ross came back out for a scoreless inning of work in the fourth, throwing 36 pitches total in two innings.

Miss the game? Check out the chatter in today's GameThread! 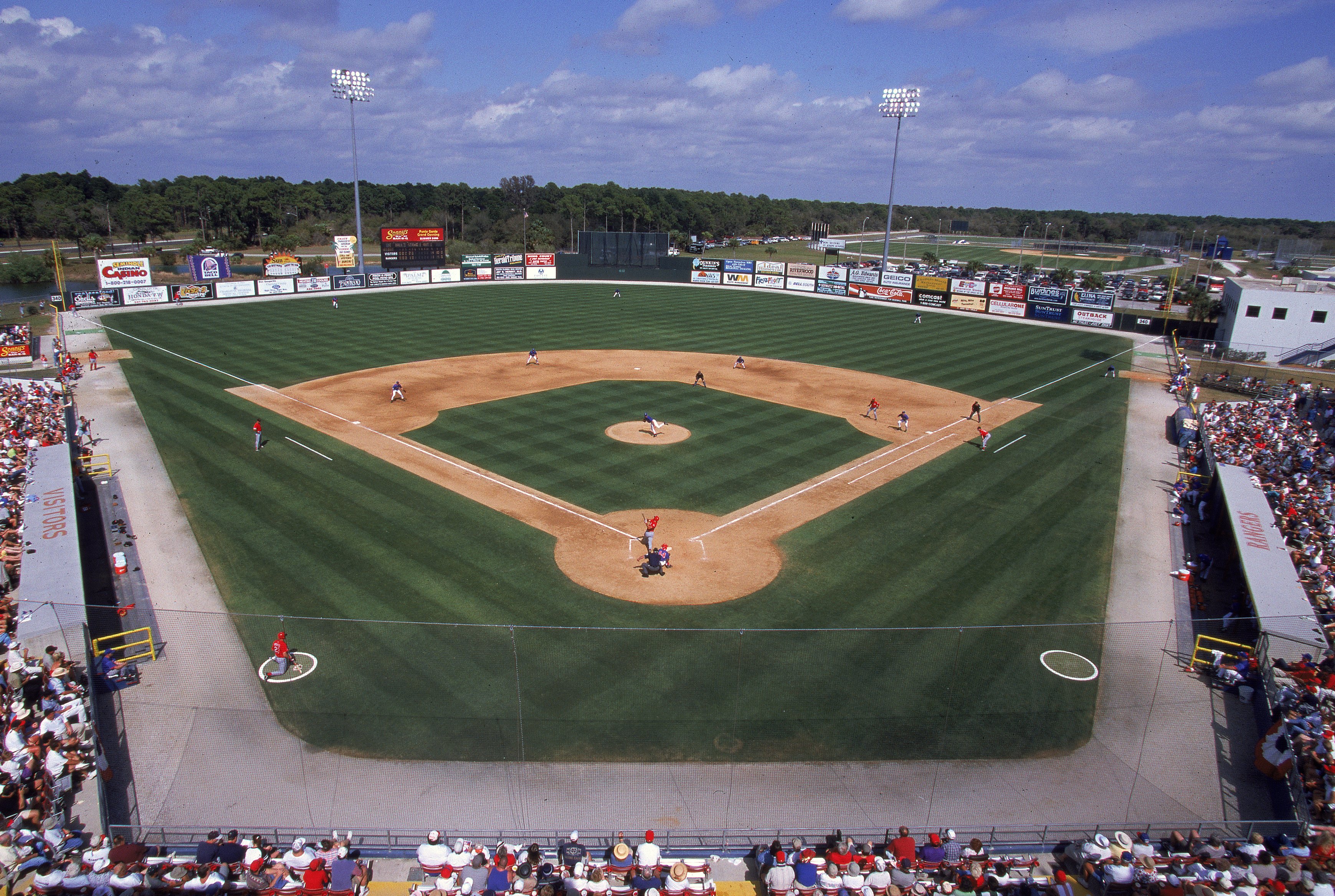 After Rafael Martin threw a scoreless inning of work in the Rays' half of the fifth inning, Scott Sizemore hit a two-out, three-run home run off Tampa Bay prospect Blake Snell to put the Nationals up 4-2.

Sammy Solis tossed a scoreless inning of work in the bottom of the sixth inning and Jhonatan Solano scored on an RBI single by Chris Bostick to give the Nationals a 5-2 lead in the seventh and they added another run on an RBI grounder by Matt Skole, 6-2 after six and a half.

Matt Grace gave up two singles in the Rays' seventh, but completed a scoreless frame. Austin Voth gave up a one-out double by Daniel Roberton in the bottom of the eighth, but worked a scoreless inning as well.

Voth came back out for the home half of the ninth and put two on before recording two outs. Baker frustrated the Rays' announce team with a two-out pitching change, bringing Erik Davis on to get the last out. 6-2 final.