"Murphy posted the lowest percentage of swinging strikes (6.9) in the National League in 2015, along with the highest contract percentage among all NL hitters (91.0)," the Nationals' press release on the signing noted.

"He's a professional hitter. Can fall out of bed hitting. And he's shown it against us. He hits good pitchers. He hits lefties/righties, there's no splits." -Mike Rizzo on the addition of Daniel Murphy

"Murphy's 38 total strikeouts in 2015 were the fewest by a left-handed hitter in the Major Leagues, among all players who appeared in at least 115 games," it continued.

Rizzo was asked in January where he wanted Murphy to hit in the Nationals' lineup?

"I want him to hit where he hits the most times," Rizzo said.

"The more plate appearances the better for me. You're talking about a guy that struck out the least amount in all of major league baseball last year.

"He's a professional hitter. Can fall out of bed hitting. And he's shown it against us. He hits good pitchers. He hits lefties/righties, there's no splits."

Two days after the three-year deal with Murphy was announced, the Nationals pulled the trigger on a trade for Ben Revere, sending Drew Storen and cash to the Toronto Blue Jays for the 27-year-old outfielder and a Player to be Named Later.

"He’s one of the fastest players in the league," he told reporters. "He can steal you a base. He plays good defense. He’s a left-handed contact hitter. When we talk about players like Ben Revere and his skill set, he doesn’t hit many doubles and he doesn’t get many walks, but the guy gets on base.

"He’s one of the fastest players in the league. He can steal you a base. He plays good defense. He’s a left-handed contact hitter." -Mike Rizzo on Nationals' outfielder Ben Revere

"Last year he was at a .342 clip. His singles turn into doubles. We feel good about him. He’s hit at the top of the lineup each stage of his career."

With both Murphy and Revere added to the mix, Rizzo said he was happy with what he thought would be a more balanced lineup.

"We feel good at where we’re at balance-wise in the lineup," he explained. "Athleticism, speed – those are all things that we tried to adhere to this winter and to improve ourselves in. And I think when you look at the athleticism we’ve added, the accomplished major league hitters that we’ve put on the roster, the guys that don’t strike out much and move the ball around and can play really opportunistic offense, I think that was what we were going into the offseason trying to do and I think we’ve accomplished a lot of our goals."

New Nationals' skipper Dusty Baker too talked about what the addition of two players like Murphy and Revere, who don't strike out much, will mean for the offense, explaining to reporters, including MASN's Mark Zuckerman, that a strikeout is the one result that accomplishes nothing:

"A strikeout, nothing can happen," Baker said. "You better be hitting a whole bunch of home runs. And then you can take strikeouts. But a strikeout means nothing can happen. I don't understand how you could see it any other way. Because you've got to catch it, then you've got to throw it, then there's a guy that's got to catch it on the other end. There's three things that can happen in your favor. Walking back and sitting down, ain't nothing that can happen. Unless you're going to use the bathroom or something." 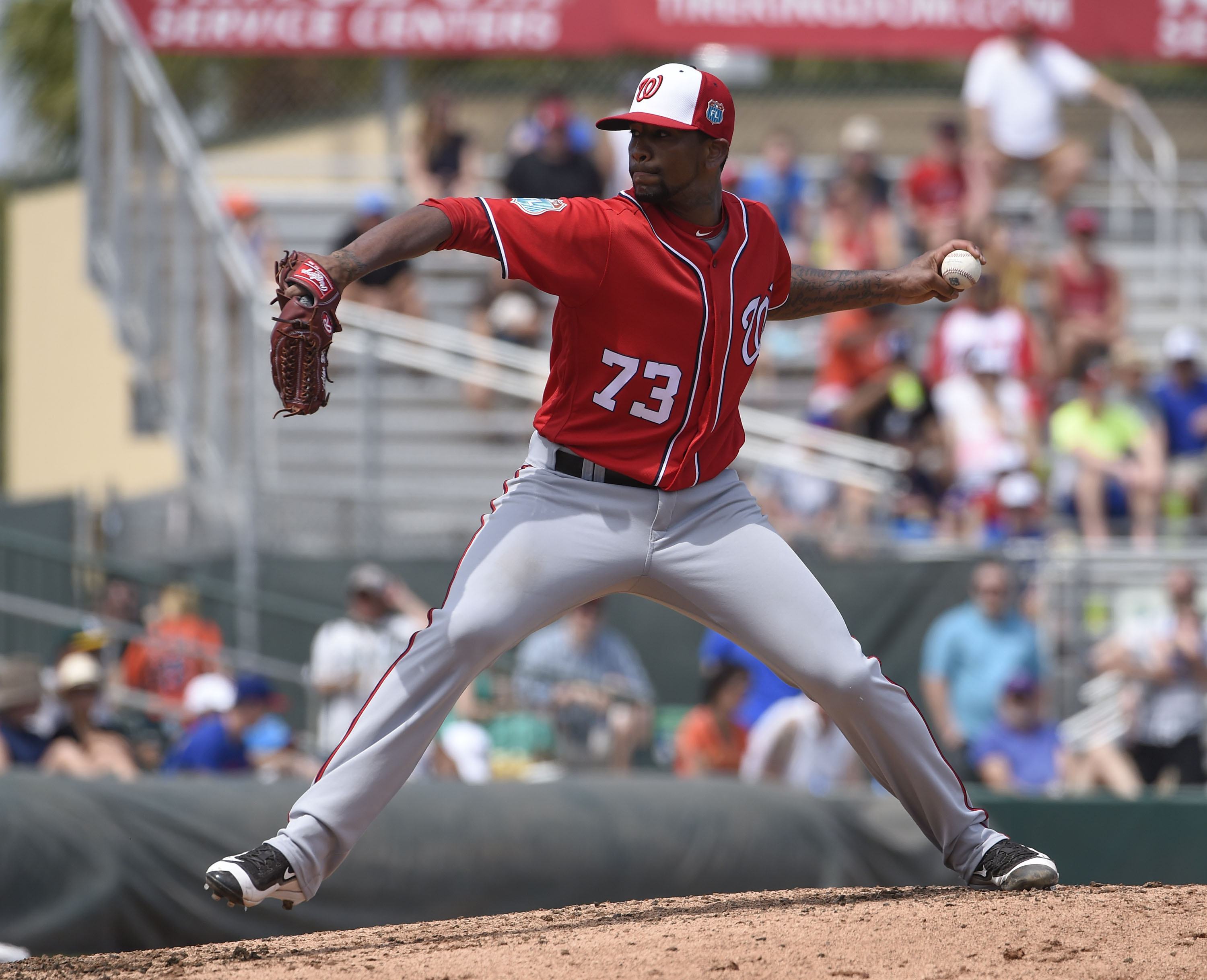 The two high-contact additions, who bring on-base skills to the lineup, also happen to be left-handed, another positive for a lineup that was too right-hand heavy, in Rizzo's opinion.

"We saw that we had lack of balance in the lineup last year and we tried to remedy that," he explained in an MLB Network Radio interview last week.

"We also wanted to be more offensively efficient this year. Last year we were third in runs scored in the National League, although we were very sporadic and streaky offensively.

"I think this lineup gives us a new sense of being offensively efficient. We're going to strike out a lot less, we're going to move the ball around. We got more athletic. We got more speed in the lineup and I think we can manufacture better than we have in the past."