The Washington Nationals reassigned top pitching prospect Lucas Giolito to Minor League camp this afternoon, though he impressed in Grapefruit League action. No word on where the 21-year-old right-hander will start the 2016 campaign.

Lucas Giolito was reassigned to Minor League camp this afternoon in the Washington Nationals' latest roster cut. No big surprise there, though the 21-year-old, 2012 1st Round pick impressed while in camp with the big league club.

Over 6 ⅔ innings (in four appearances, one a start), the top pitching prospect in the organization gave up seven hits, three walks and three runs, all earned, while striking out nine and holding opposing hitters to a combined .250 AVG.

Nationals' GM Mike Rizzo told reporters, as quoted on Twitter by Washington Post writer James Wagner, that Giolito is, "'... close to being big league ready' but needs to work on nuances of pitching [and] preparation."

Giolito told the WaPost reporter that he thought he would be among the first cuts but was happy to get the experience of hanging around as long as he did and said he can, "[h]opefully make an impact soon."

Rizzo talked about how impressed he was with Giolito this Spring and what the young pitcher still needs to work on in a recent MLB Network Radio interview. 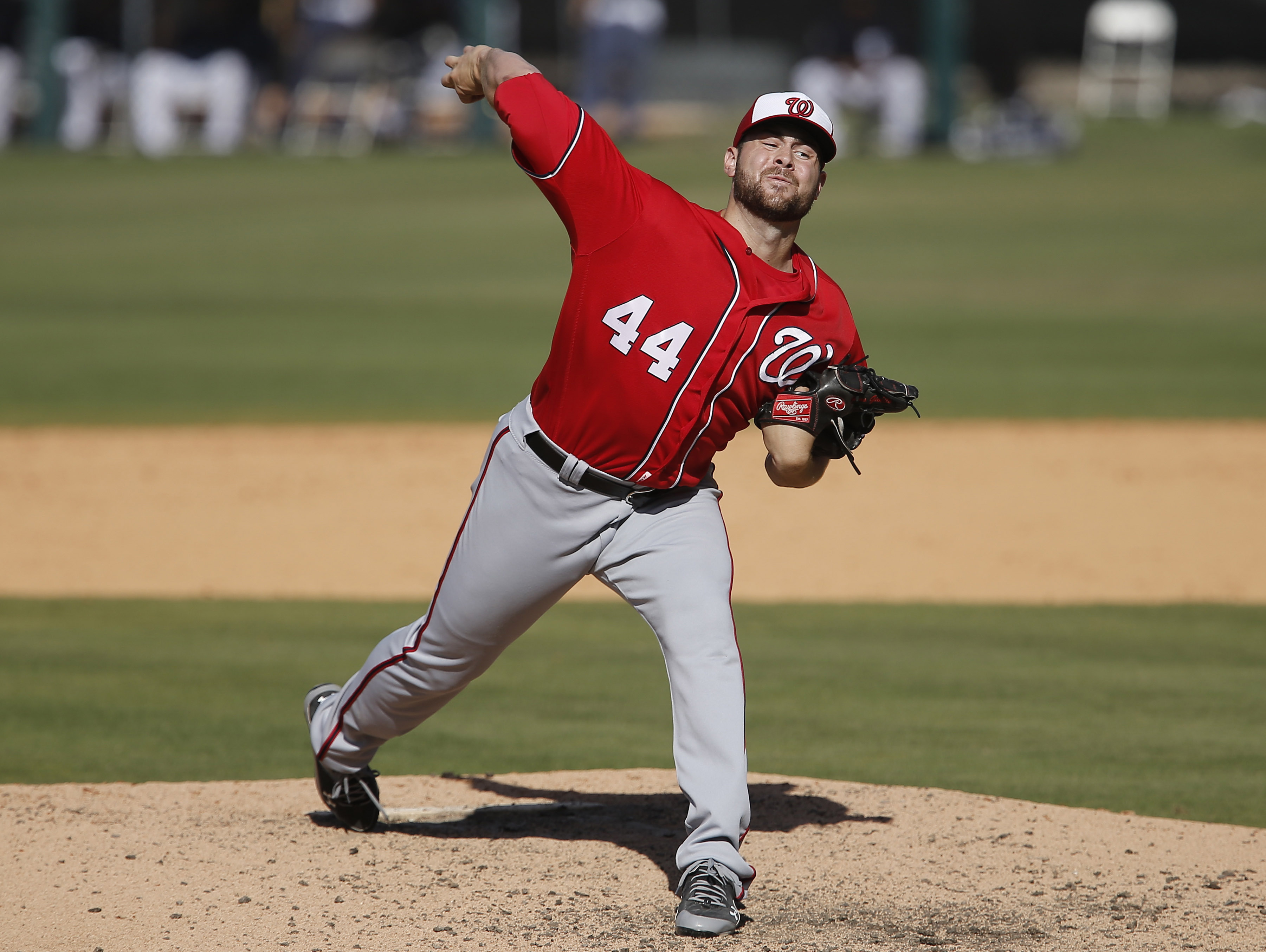 "And that's why they're in the minor leagues. How do you field your position? Can you handle the running game? Can you take every five days of pitching through an extra month of the season from your minor league season to your big league season and what we feel is another extra month after that in playoff season.

How far away is he? Where will he pitch this season after starting at High-A Potomac and moving up to Double-A last season? No word yet, but it wouldn't be a stretch to imagine the right-hander making an impact in the majors at some point this season.