Washington Nationals' catcher Wilson Ramos struggled at the plate last season (though he performed pretty well behind it). Were his offensive struggles due to vision issues? Ramos is headed back to D.C. to have LASIK surgery.

Share All sharing options for: Nationals' catcher Wilson Ramos to have LASIK surgery... week off afterwards

According to reports from Spring Training this morning, the Washington Nationals' catcher flew home to the nation's capital, where he will undergo LASIK surgery to correct vision issues which were discovered when the 28-year-old catcher underwent an eye exam that is part of the normal Spring Training protocol.

"That's the reason why they didn't do it earlier, when you do the exams and all that stuff. We decided it's better now than later. And he'll really be able to hit now."

Ramos will be out of action for a week according to Baker.

The veteran backstop, who dealt with injury issues throughout his first few seasons with the Nationals, appeared in a career-high 128 games in 2015 after he played in just 25, 78 and 88 games, respectively, from 2012-2014 as he dealt with knee, hamstring and hamate bone injuries.

Daniel Murphy takes on the Mets in ST action today 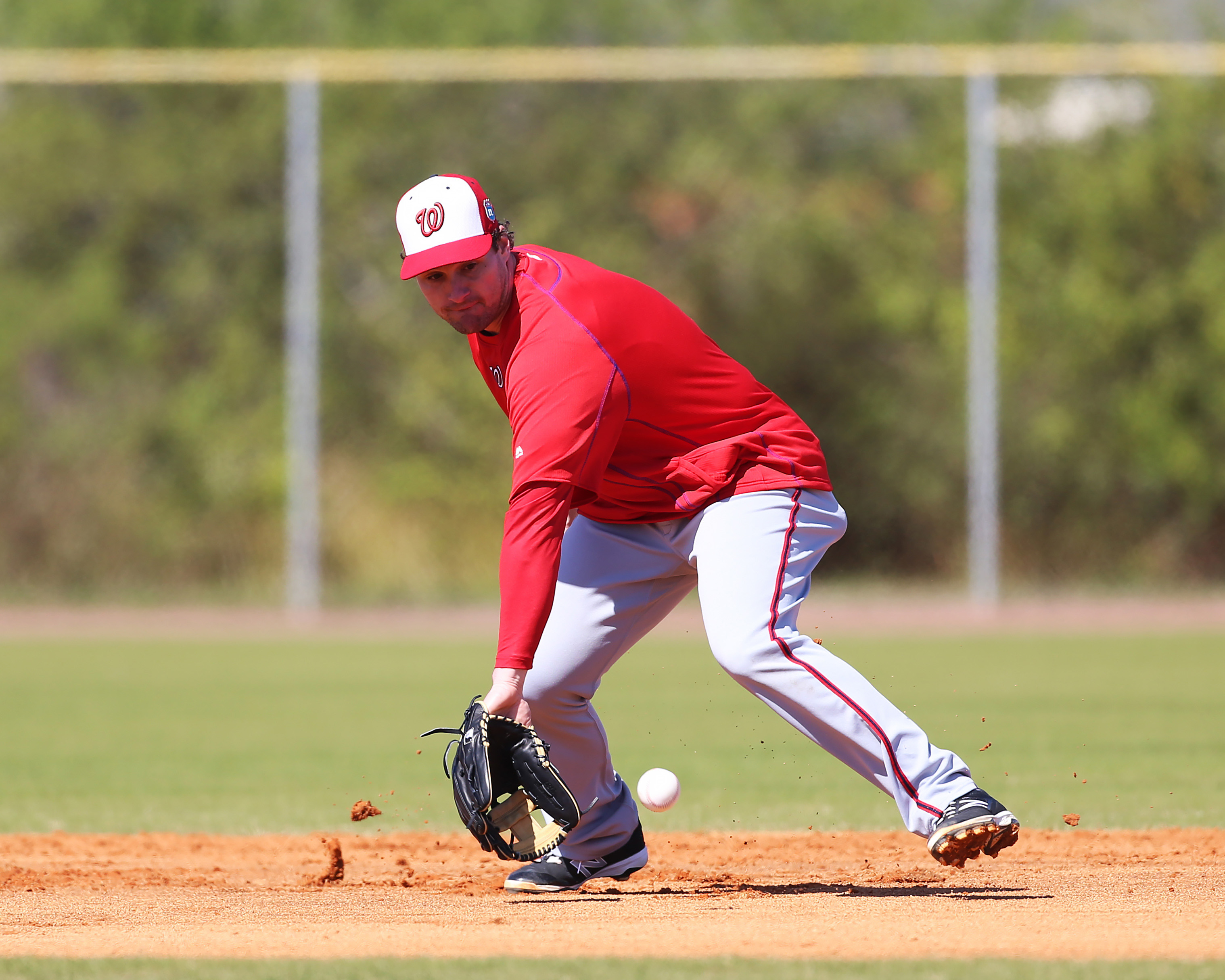 Ramos told reporters this winter that while he was happy he was able to stay in the lineup last season, and perform well defensively, he was determined to pick things up at the plate in 2016.

"I'm very excited, very happy for all I did behind the plate," Ramos said.

"What I did behind the plate made me feel good because I'm learning every year more and more. With my offense, I'm a little bit not happy, but I know I have to work and need to work a lot try to do a better job next season."

Will improved vision lead to a big season for Ramos in 2016... just in time for him to become a free agent next winter if he and the Nationals don't work out an extension to keep him in the nation's capital before then?