Max Scherzer on keeping it vanilla, not showing the Mets the chocolate or strawberry

Washington Nationals' starter Max Scherzer talked to reporters after his first start of the Spring about getting his work in and making sure not to show the New York Mets' hitters too much since he'll have to face them all season.

Share All sharing options for: Max Scherzer on keeping it vanilla, not showing the Mets the chocolate or strawberry

The first Grapefruit League start of the second season of Max Scherzer's seven-year, $210M deal with the Nationals was a 22-pitch, 14-strike, two-inning outing against the defending NL East champions from New York in Washington's 9-4 win over the Mets in Viera, Florida's Space Coast Stadium.

Scherzer talked earlier this Spring, when he met with reporters for the first time this year, about trying different things in Spring Training and not showing opponents like the Nationals' divisional rivals too much this early, when he knows he'll have to face them repeatedly this season.

"You're trying to find situations where you're going to use your pitches a little different. I might use my curveball in a different situation. Might use my changeup." -Max Scherzer on what he tries to work on in Spring Training

"You try to perfect a certain pitch," Scherzer explained. "You're trying to find situations where you're going to use your pitches a little different. I might use my curveball in a different situation. Might use my changeup.

"You try to find different situations, you don't want to just continue to do the same thing because that's where hitters will figure out that pattern and beat you."

After facing seven Mets' batters and giving up just one hit, Scherzer said he did hold back some to make sure he didn't give anything away.

"I know some of those guys I'm going to see during the year," Scherzer said, "so I just kind of keep it vanilla. There's no reason to show them the chocolate, the strawberry and all the other flavors."

Scherzer said he was just happy to get back on the mound and get his work in.

"I executed some pitches, didn't execute some others, but gives you a good starting point," he said.

The Nationals scored four runs in the bottom of the first, after Scherzer worked around a two-out single in the top of the inning, and he said the long home-half of the frame actually helped simulate an in-season experience.

"We had a long bottom of the first," he said. 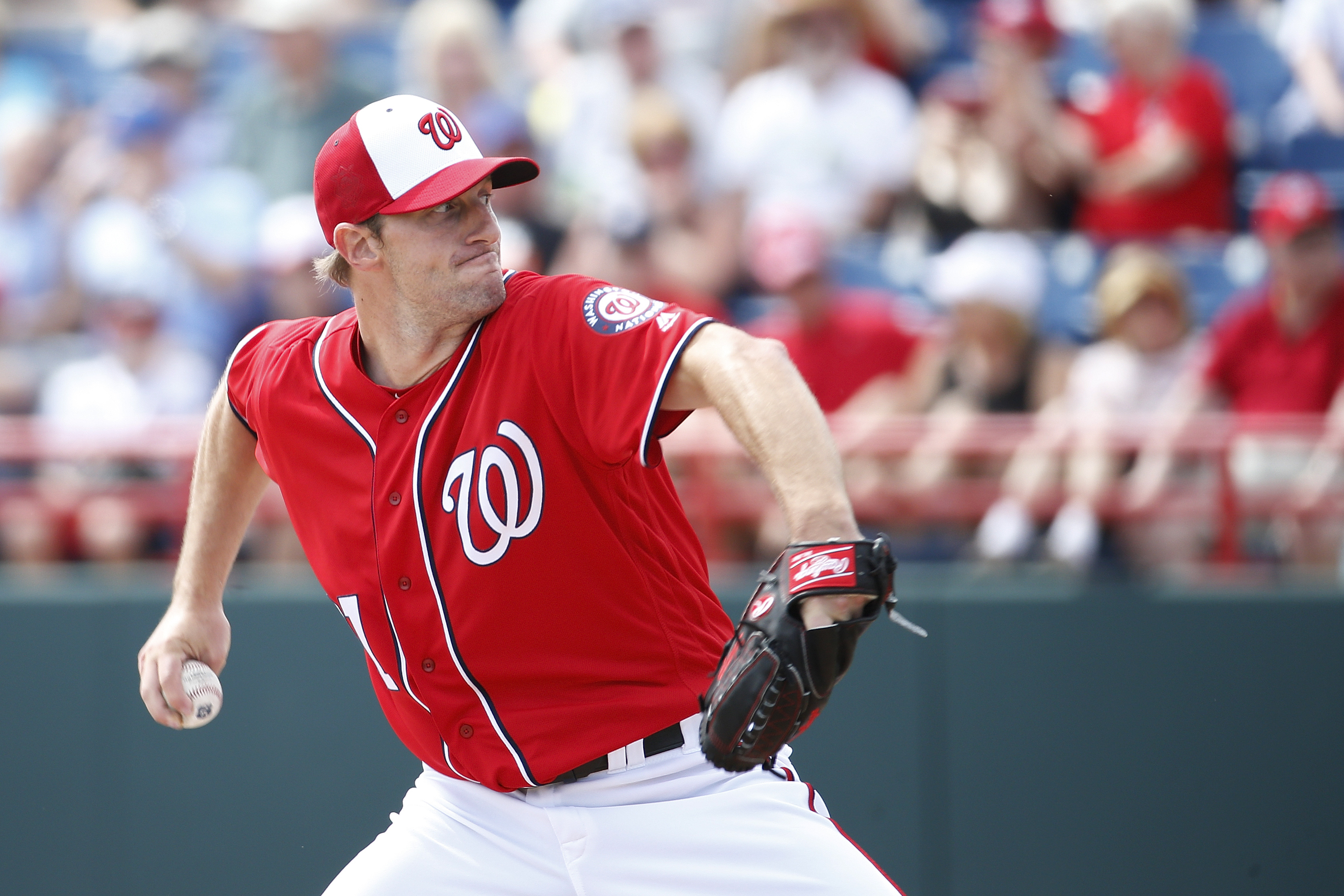 "So that was like a good simulation for what it's like in the season where when you have those long innings that, hey, you got to go back out there and still collect outs, so that can be a tough task at times when you kind of lose your momentum, lose your rhythm to go back out there and continue to fill up the zone, so the fact that I didn't walk anybody today, that's a good sign."

In spite of the light workload today, he said he got enough work in.

"It was enough because, like I said, I had that long delay, so that's kind of taxing on the arm, especially first time out, so good work, I got my work in, was able to go up and down. So, check list."