Daniel Murphy signed a 3-year/$37.5M free agent deal with the Washington Nationals this winter, so of course his first game with the Nats was against the New York Mets, the team that drafted and developed him. Murphy's a Nat now.

Daniel Murphy played his first game as a Washington National on Thursday afternoon in Viera, Florida's Space Coast Stadium after seven years with the New York Mets who drafted and developed him.

Murphy went 0 for 1 with a walk and a run scored in what ended up a 9-4 win for the Nats, walking in his first trip to the plate and scoring on a two-run single by Anthony Rendon for the second of four runs Washington scored in the bottom of the first.

"He's been a National League killer... he grinds out at bats, he's a tough out. He puts the bat on the ball. He hits good pitches and good pitchers and all that stuff is obviously important..." -Mike Rizzo on Nationals' second baseman Daniel Murphy

Murphy grounded into a double play the second time up and was hit for in the fifth inning, bringing his Grapefruit League debut with the Nationals to an end.

"Can you say right now that you're a National or is that a work in progress at this point?" a reporter asked after the game.

Lest you think he was stubbornly unwilling to identify as a part of his new team, however, the 30-year-old second baseman was clear later in his post game interview that he's turned the page on the first chapter of his career.

Murphy was asked how he thought he would handle facing the Mets a few more times this Spring and then seeing all his former teammates over and over again in the regular season?

"I think the understanding that it's division games, so they're of extra importance," will help, Murphy said.

"It's really tough for me to be able to predict my emotions in the future. So I know right now, it was nice to see those guys, but it was much nicer to jump out to a 4-0 lead in the first inning."

Washington's first-inning rally, Murphy said, provided a good example of what the Nationals' patient approach and their focus on adding contact bats to the lineup could result in going forward.

Ben Revere singled, stole second and scored from there (after Murphy's walk) when Bryce Harper drove them both in with a fly to right that bounced off the outfield wall.

Anthony Rendon drove in two runs with an opposite field single to right and Reed Johnson drove in a run as well in what ended up being a 39-pitch inning for Mets' starter Rafael Montero. 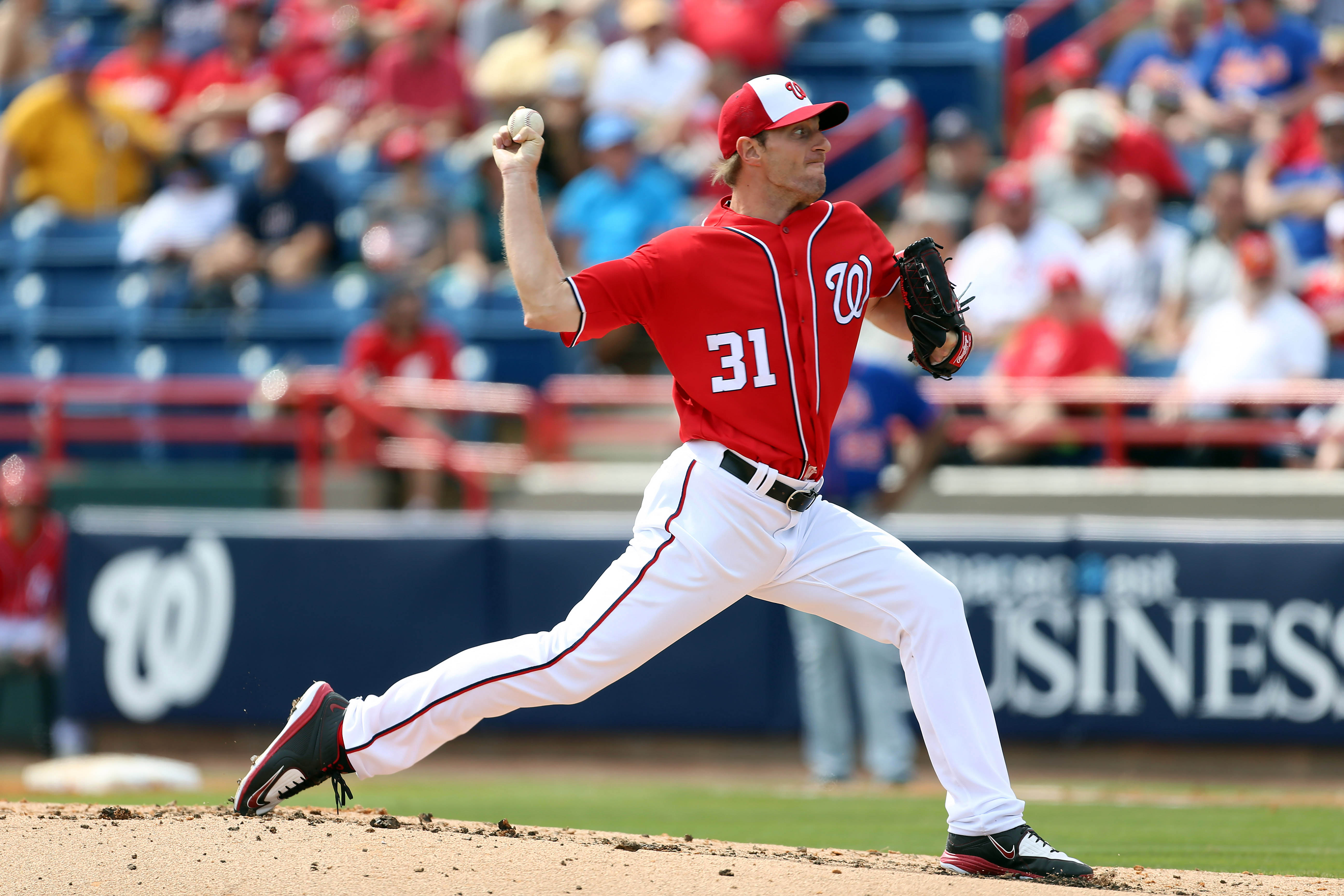 "I think quality at bats up and down the lineup is what we're going for," Murphy said, "and I thought in that first inning we put together really good at bats. And so I think, just kind of keep the line moving. Ben [Revere] gets down 0-2 and laces a missile the other way and then takes second base, so I'm just trying to dribble one to the second baseman and move him over, unfortunately I had a walk and then Bryce almost breaks the wall down.

"Then I thought the best at bat of the inning is Rendon, looking to move a runner over there, ends up getting two RBIs right there just playing the game, so it's a good clean inning, [Max Scherzer] threw the ball really well too, so it's just a real good, clean start to Spring Training."