The Detroit Tigers loaded the bases with Sammy Solis on the mound in the top of the eighth, with the Washington Nationals up by two runs, 6-4, and Nats' skipper Dusty Baker let the 27-year-old lefty find his own way out of the jam, which Solis did in impressive fashion.

Friday afternoon, before the Washington Nationals' Grapefruit League matchup with their NL East rivals from Miami, a reporter asked Nats' skipper Dusty Baker what he's looking for from his pitchers in their first outings of the Spring?

Pitchers aren't in Opening Day form, and older guys sometimes take a while to get going, so he looks at things like how they handle adversity and how they handle pressure.

"As long as things are going good, you don't really get a good read on anybody," he explained, "but you get bases loaded, nobody out, then we start seeing how you handle it."

"I didn't expect to really get up at all. Maybe a September call-up, and I was fortunate enough to get called up in April, and now that I have a little taste of it, it's left me wanting more, definitely..." = Sammy Solis on making MLB debut in 2015, wanting more.

Twenty-four hours later, 27-year-old lefty Sammy Solis found himself in the situation Baker described in the top of the eighth inning of the Nationals' matchup with the Detroit Tigers.

Solis, a 2010 second round pick who debuted in the majors last season after dealing with injury issues throughout his previous five seasons in the organization, gave up a leadoff walk, a single on a pop up to short and base-loading walk on a full-count change that was called ball four.

Back-to-back Ks followed, however, and a groundout to short got the left-hander out of the jam, preserving the Nats' 6-4 lead in what ended up an 8-4 win.

His manager was impressed.

Even though Solis missed with the full-count offering that loaded the bases, Baker liked the thinking.

"At least he tried to entice a guy into a double play," the veteran manager explained.

"But like I said, he's learning and he has the stuff, and I liked the fact the [catcher Spencer] Kieboom was -- I thought that his pitch selection -- he takes charge of the game, I like him back there." 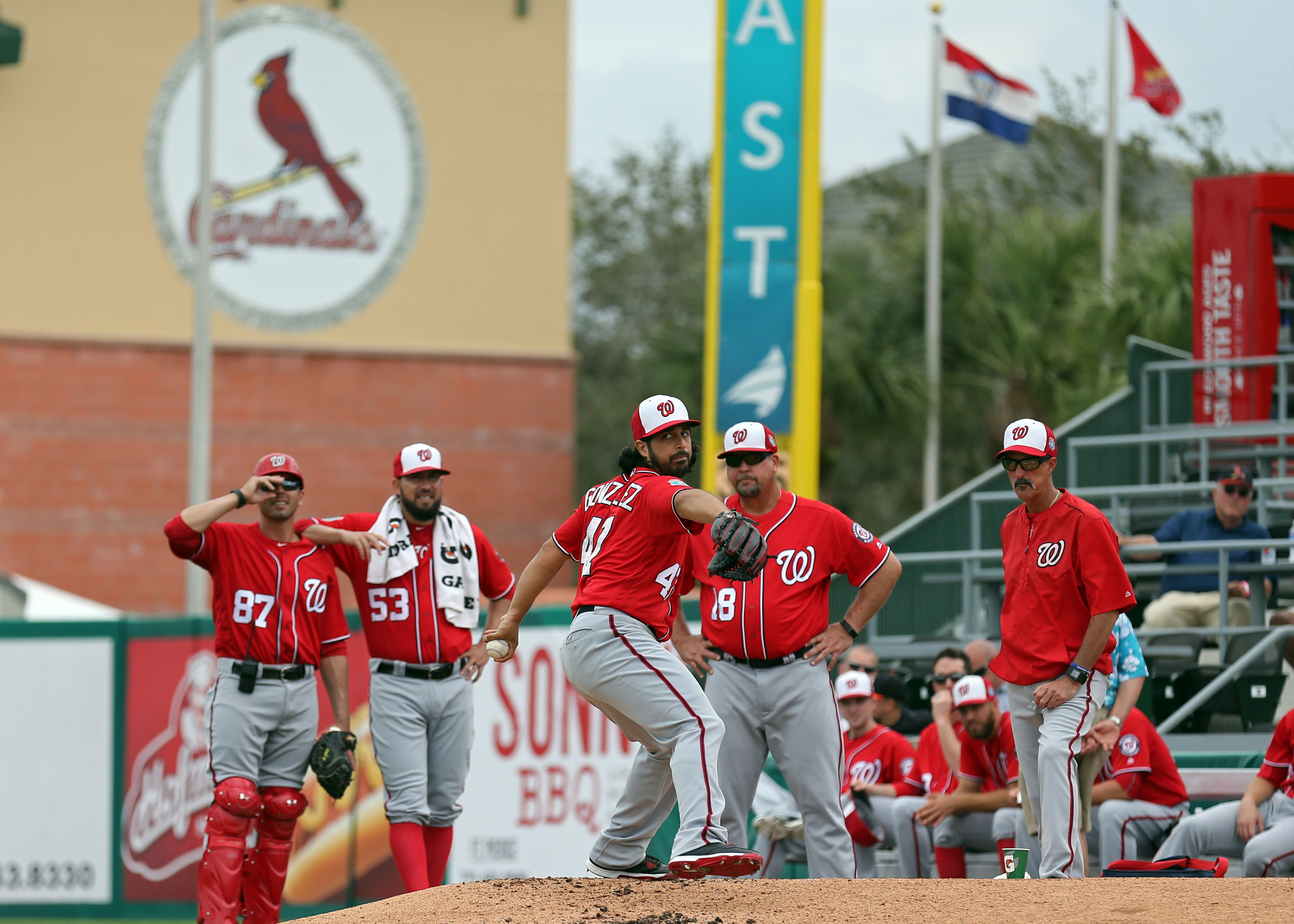 Baker was asked if it's up to the pitcher to figure a way out of those jams, or if he would consider taking a pitcher out in that situation even in Spring Training?

"I mean, you climb up in that tree," Baker continued, "I've got to let you get yourself down sometimes. I can't always call the fire department or climb up the ladder. You got up there, let's see if you can get out.

"A lesson like that is valuable when you're trying to help make a pitcher -- mold a pitcher to maturity."