Washington Nationals' starter Stephen Strasburg struck out five in two innings of work against the Detroit Tigers, but gave up a two-run home run on the one pitch he left up in the zone in what ended up an 8-4 Nats' win. Dusty Baker liked what he saw...

Stephen Strasburg struck out the side around a one-out single in his first inning of work on Saturday afternoon in the Washington Nationals' 8-4 win over the Detroit Tigers.

He struck Tigers' third baseman Nick Castellanos out for his fourth K of the game in the first at bat of the second, and after a one-out walk, recorded K no.5 from the first seven hitters he faced. Then he made a mistake.

"Kind of struggled throwing in to righties a little bit, kind of yanking it a tad, but curveball felt really good, fastball I was throwing good as well." -Stephen Strasburg on first Grapefruit League outing of 2016

With one on and two out, he left a first-pitch curve up for Tigers' catcher Bryan Holaday, who hit a two-run home run out to left field to put Detroit up 2-0 early in the Grapefruit League matchup.

"He just made one pitch that got jumped," Nats' skipper Dusty Baker said after the game.

"He had them eating out of his hand when he was throwing that first pitch breaking ball," Baker continued, "and then, you can't do it all the time, but then maybe he didn't think the kid was going to be swinging at first pitches, and that's the only bad pitch he made. He threw some electric pitches out there, I mean easy. Sometimes you get jumped."

Holaday, who homered again later in the game, improved to 6 for 8 with three home runs in the first four games this Spring.

"I threw a lot of really good pitches," Strasburg said after his outing, "and just one pitch... but that's to be expected.

"Just going to keep working on the selection, keep working on fine-tuning everything. Kind of struggled throwing in to righties a little bit, kind of yanking it a tad, but curveball felt really good, fastball, I was throwing good as well."

He wasn't concerned about the home run, telling reporters it was, "not something that's alarming... at all."

In his first start of the Spring, he was just trying to get a feel for his pitches, and he was happy with the results.

"I wanted to go out there and throw my offspeed [stuff]," Strasburg said.

"Changeup, threw one good to [Victor] Martinez that he fouled off, threw one good to -- well, the other Martinez [J.D.] as well and then kind of yanked a couple, but it's just getting your work in, get the butterflies going, it's the first outing, whatever, but the biggest thing is just going out there and just mixing in all your pitches, trying to work on getting that feel."

Strasburg ended up throwing 34 pitches total, 22 for strikes, striking out five and giving up two hits, the walk and two earned runs.

He left the mound down 2-0, but new Nationals' outfielder Ben Revere hit a (rare for him) two-out, two-run home run off Tigers' reliever Bruce Rondon in the home-half of the third to tie the game up at 2-2. 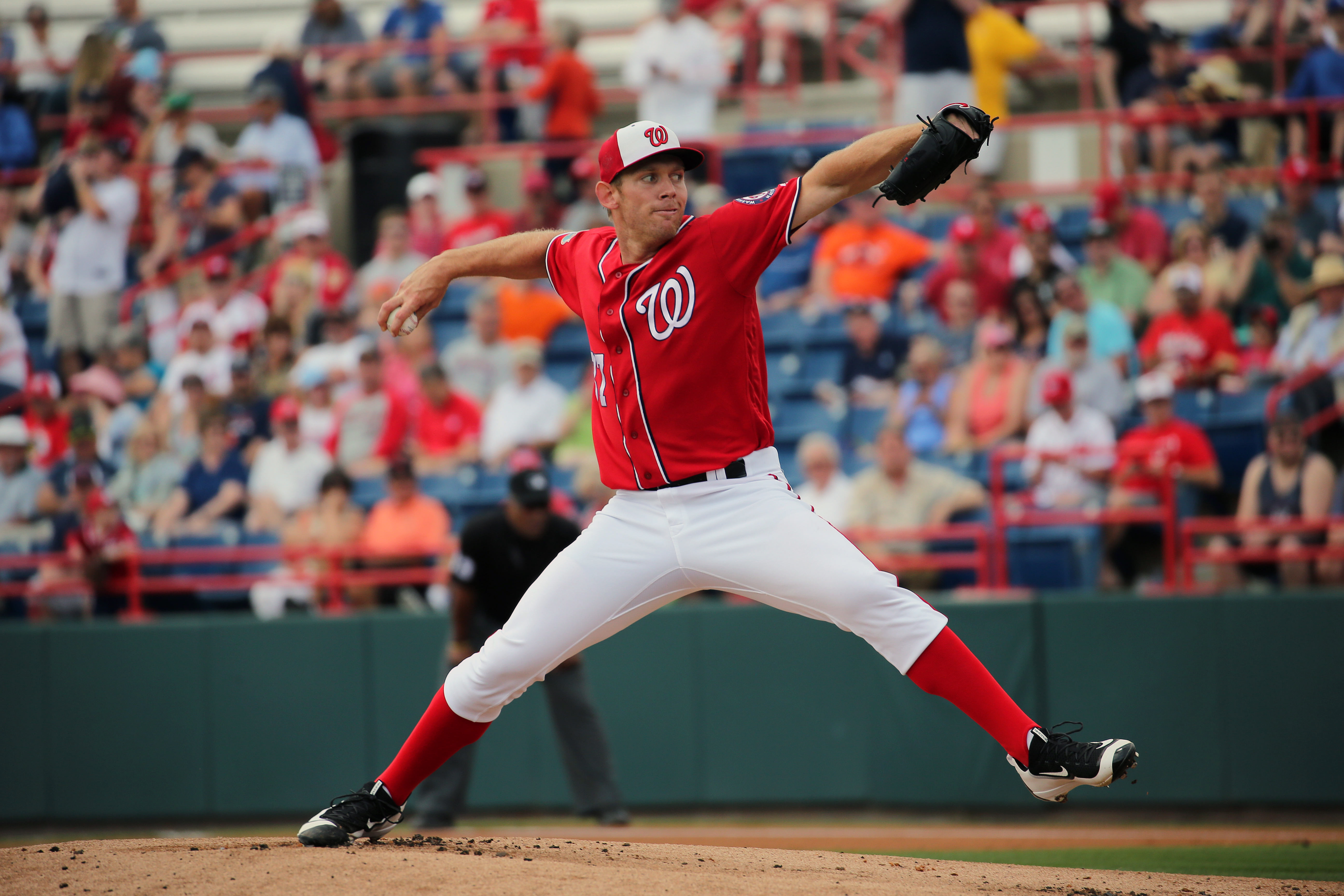 "He got a pitch up -- and he's strong," Baker said when asked about Revere's blast. "He's strong. I'll take it when he gets it, I just don't want it to go to his head. That tied the game. That was big. He hit the ball hard to shortstop. He's been swinging the bat good."

Holaday's second home run of the game put the Tigers up 4-2, but the Nationals scored six unanswered runs to take the Grapefruit League matchup in Space Coast Stadium, 8-4.

Strasburg got his first start of the Spring out of the way as he prepares for what could be his final season in the nation's capital if he and the Nationals don't agree on an extension before next winter.