"Obviously there were some issues with consistency against lefties," Treinen said.

Asked if he'd identified any issues in particular that led to his struggles, Treinen said he thought it was just a matter of being more consistent and executing his pitches.

"You make good pitches some times and they put good hits on it and then you make terrible pitches and they make you pay for it, so I think it's just a matter of knowing how to attack a little better and then executing those pitches."

This afternoon in Roger Dean Stadium, Treinen retired the two left-handers he faced (Kolten Wong, Matt Carpenter) in a 16-pitch first against the St. Louis Cardinals.

Nats' skipper Dusty Baker said he started Treinen to get him some work against "the best part of the lineup."

Treinen gave up a leadoff double to left off Cardinals' center fielder Randal Grichuk's bat in the second, but he was doubled up off second one out later on a liner to left off Brandon Moss' bat.

Treinen got left-handed hitter Matt Adams out as well, retiring all four lefties he faced (though he gave up some hard contact).

Treinen said Maddux has been a huge help in developing his changeup, which should help him with those lefties that trouble him so.

• Trea Turner is fast. He hit a weak grounder to second in his first at bat and hustled down the line for what was going to be a close play either way. Kolten Wong was charged with an error for a low throw. Turner stole second with ease later in the inning.

• Michael A. Taylor's numbers with runners in scoring position last season were impressive (.317/.397.500) in 121 plate appearances, 5 for 9 with the bases loaded) and he came through with the bases full this afternoon, lining a single to left to drive in the Nationals' first run. Turner showed off his speed again in the next at bat, lining into a force at second but beating the throw to first to allow a run to score. 2-0 in the second.

• The Nationals loaded the bases with no one out and Cards' closer Trevor Rosenthal on the mound in the third, and scored two runs when Matt Skole hit a sac fly to right and Jose Lobaton hit an RBI single. 4-0.

• Trevor Gott had a bit of life on his fastball even early in Spring Training. He struck Matt Carpenter out in a three-pitch at bat and retired the Cards in order in a 12-pitch frame.

Nats' prospect A.J. Cole still has something to prove 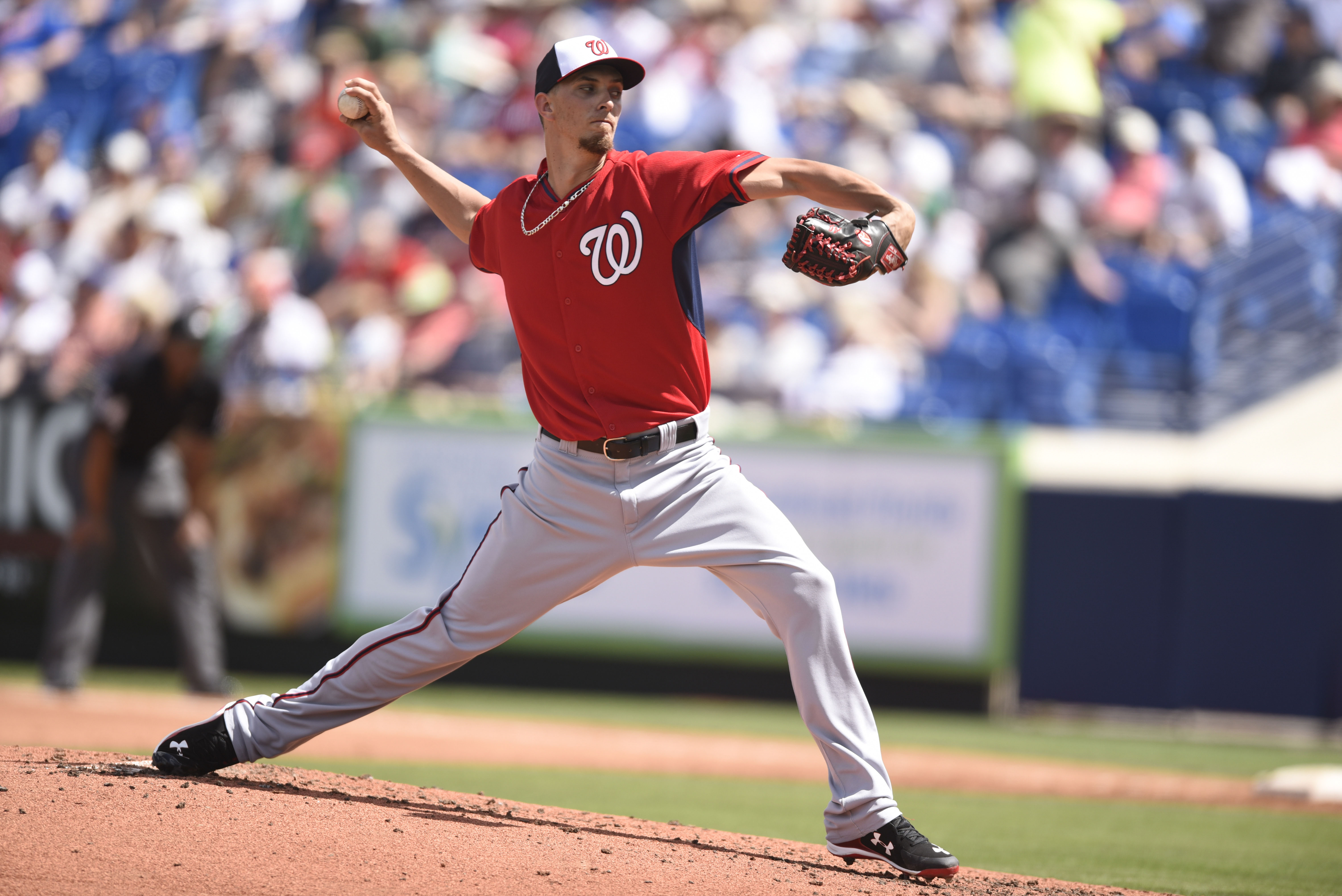 • Burke Badenhop gave up a walk to Matt Adams and an RBI double by Brandon Moss that got the Cardinals on the board at 4-1 in the fifth. Moss' pinch runner came in to score as well, 4-2.

• Scott Sizemore and Pedro Severino doubled in the Nationals' eighth with Severino's a ground-rule double to left that drove in the Nats' fifth run. 5-2.

• Michael Brady, acquired along with Trevor Gott in the deal that sent Yunel Escobar to the LA Angels, threw a quick, scoreless eighth inning. Nick Lee took over in the ninth and retired the Cards in order to end it. 5-2 final.