Michael A. Taylor homered on the second pitch of the game and Jayson Werth hit a base-clearing double as the Washington Nationals jumped out to a 5-0 lead early in what ended up a 9-1 win over the Philadelphia Phillies.

Share All sharing options for: Nationals come out swinging in 9-1 win over Phillies: Dusty Baker on Michael Taylor, Jayson Werth

Asked for his take on Taylor's very early season struggles on Thursday afternoon, Dusty Baker first pointed out the obvious.

"Number one, they're not throwing him as many fastballs," he said.

"You're not conditioned, your eyes aren't conditioned to recognize a difference in speed at that time, and he's not, at this point, being as patient, and any time you start the season off and then you try to start figuring things out that might not have needed to be figured out, and then you foul off a pitch that you were hitting before and it puts you in a two-strike situation."

"Everybody want to start off hot and invariably somebody starts off cold."

"I'm not trying to change my swing right now," Michael Taylor said, "it's just getting my timing back and getting comfortable..." -Michael Taylor on slow start to the season

Taylor wasn't exactly patient on Friday night either, but it worked for him.

He jumped on the second pitch of the game from Philadelphia Phillies' righty Jeremy Hellickson, hitting 1-0 slider out for a pull shot of a home run that landed six/seven rows back in the left field seats in Citizens Bank Park.

Jayson Werth followed with a base-clearing double later in the first after back-to-back singles by Bryce Harper and Ryan Zimmerman and a one-out walk by Daniel Murphy loaded them up.

Werth scored on a two-out double by Danny Espinosa and the Nationals were up 5-0 before Hellickson got out of a 45-pitch first.

"You jump them early," Baker told reporters after 9-1 win over the Phillies. "And we hadn't been."

"We had been messing around, not intentionally, till the fifth of sixth inning, but like I had said before, Michael can get you on the board in the first inning, 1-0, and that's what he did, then we got some hits.

"That was a big, big double by Jayson Werth.

Taylor said he took advantage of the day off on Thursday to continue to work on getting right at the plate.

"Quite a few swings in the cage that day just trying to work on a things and take advantage of it," he explained.

The focus of his work?

"I'm not trying to change my swing right now," Taylor said, "it's just getting my timing back and getting comfortable I think. I felt a little anxious early on, trying to do too much, so it's just about relaxing, I think." 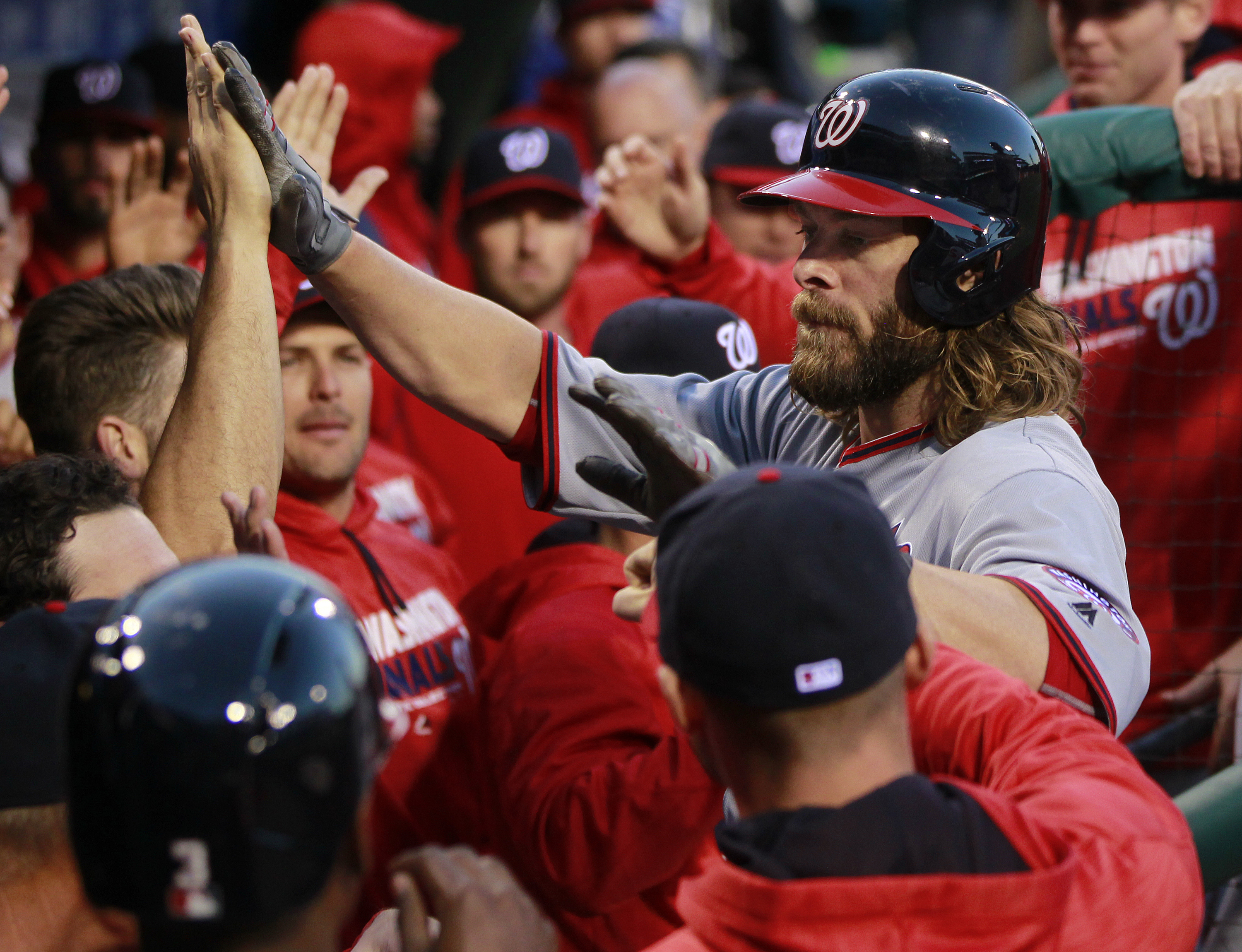 Baker said he thought the day off on helped both of his outfielders. Taylor finished the night 2 for 6 on Friday with a run scored and two Ks.

Werth went 2 for 5 with two doubles and two runs scored, as the two combined for four of the Nationals' 14 hits in what ended up a 9-1 win.

Baker liked what he saw overall, while acknowledging that there is still room for improvement.

"I'm just hoping we can get better and better," he said.

"I think we've got three or four guys that are swinging the bats pretty good. Our pitching is outstanding.

"But we can get a lot better. We've still got some guys on the interstate up there on their batting averages. So, we'd like to some day get everybody popping."

Will the Nationals keep it up in the second game of three in CBP? Will they make it seven straight wins overall tonight?

We talked about the Nationals' big first, Joe Ross vs the Phillies and more on Nats Nightly: