"He was effectively wild," Dusty Baker said after Jose Fernandez limited the Washington Nationals to one run on three hits in six innings over which he struck out nine and issued four walks. Nats' hitters failed to take advantage of an "off night" by Fernandez.

Share All sharing options for: Marlins' Jose Fernandez "effectively wild" in 6-1 win over Nationals in Miami

His command wasn't there early. He threw too many pitches, 70 total in the first three frames, walked four batters and hit another in the first three innings, but managed to hold Nats' hitters off the board through four innings before the Nationals connected for their first hit and scored the only run they would push across in the Marlins' starter's six innings of work.

"He was effectively wild," Dusty Baker said, after the 6-1 loss to Miami.

The Marlins drove their runners in though, scoring three in the first on an RBI single by Christian Yelich and a two-out, two-run single by Marcell Ozuna that made it 3-0 after one inning in the series opener.

Both Baker and Marlins' manger Don Mattingly pointed to Ozuna's two-out line drive to left-center as a pivotal hit.

"That was a huge hit," Mattingly told reporters. "I thought it was really big, from the standpoint of we get [Tanner Roark] on the ropes a little bit and we get the one and then that hit's big."

"That was big," Baker said. "That gave Fernandez a 3-0 cushion at that time. That two-out RBI hit has been eluding us, but we're going to get them, we'll get a bunch of them."

"When a guy throws 96-97, you don't have a whole bunch of time to make up your mind. You tend to swing at pitches that you wouldn't ordinarily swing at..." -Dusty Baker on Nationals' approach vs Fernandez

Fernandez threw 70 pitches in the first three innings, but needed just 33 over the next three frames.

Baker was asked if the Nationals striking out nine times in Fernandez's six innings was a matter of the righty beating them or of Nats' hitters beating themselves? He said it was more of the former.

"When a guy throws 96-97, you don't have a whole bunch of time to make up your mind," Baker explained.

"This guy, that's what he lives on. He lives on the strikeout, so it was a combination, but I'd like to think it was more him than us."

Mattingly said he was just happy Fernandez got as far as he did and also managed to keep Bryce Harper off the board after the 23-year-old slugger's red-hot run at the plate last week.

Marlins 6-1 over Nationals in series opener in Miami 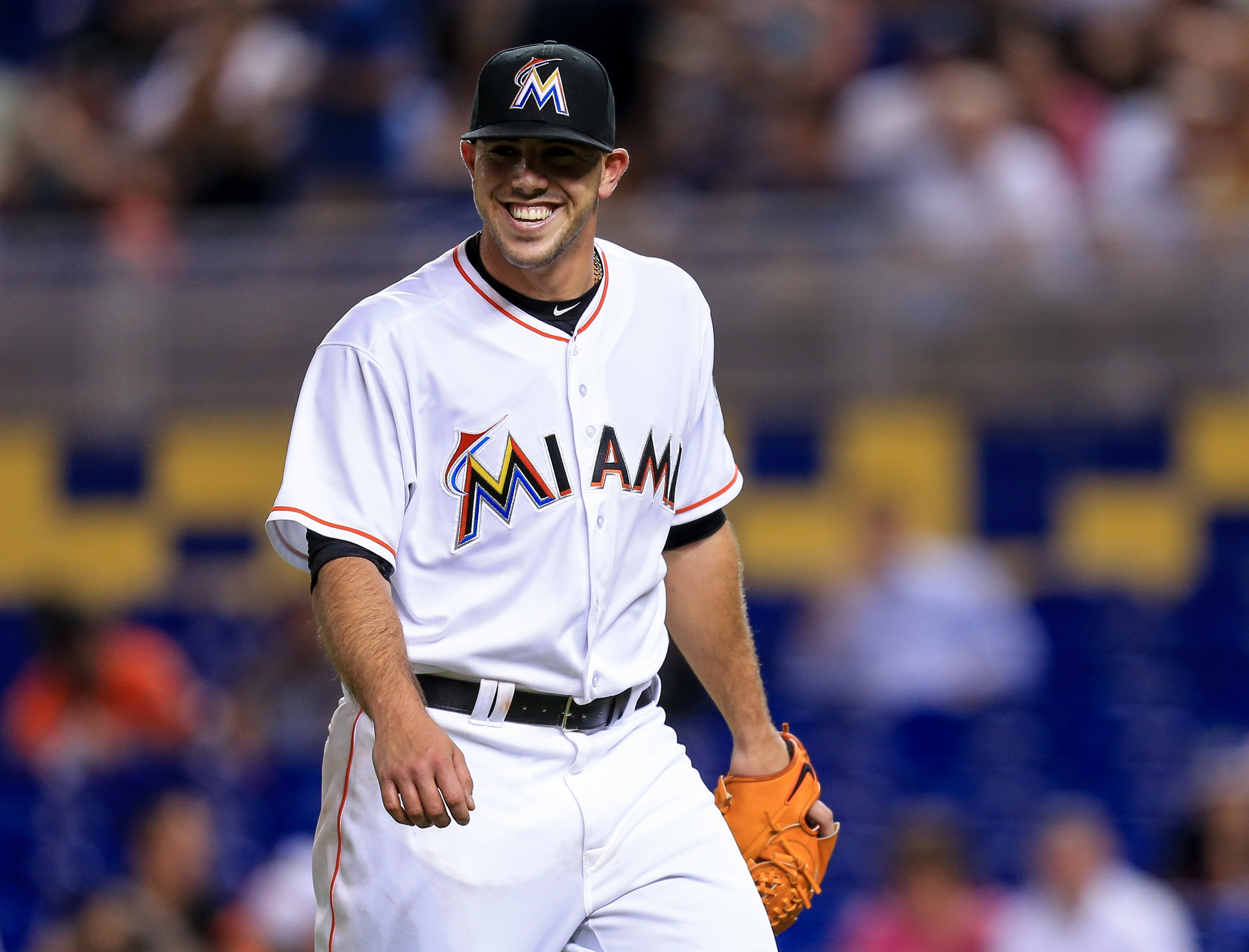 "After three, what was he at 70?" Mattingly asked. "Really just hoping he's able to get through five at that point. But he pounded that strike zone and getting us through six, which helps us a lot."

As for the matchup between Fernandez and Harper?

"Every time he gets him out you breathe a sigh of relief," Mattingly said. "He's a guy that's dangerous. You hope he's coming up with nobody on base and you can kind of limit him."

Harper was held hitless, though he drove in the Nats' lone run with a sac fly. It was the only run they scored, however, in their second straight loss.