Nationals' lineup behind Joe Ross vs the Marlins tonight in Miami...

Joe Ross threw 7 2/3 scoreless against the Philadelphia Phillies last time out on the mound. Tonight, the Washington Nationals' 22-year-old starter will face the Marlins in Miami in the third game of the Nats' four-game set in South Florida.

Share All sharing options for: Nationals' lineup behind Joe Ross vs the Marlins tonight in Miami...

With the exception of a 32-pitch, two-walk frame in the third inning of his last start, 22-year-old Washington Nationals' right-hander Joe Ross pretty much rolled through his last outing, an April 15th start against the Philadelphia Phillies in Citizens Bank Park.

Ross gave up three hits and the two walks, struck out five Phillies' batters and threw 107 pitches total in 7 ⅔ innings in what ended up a 9-1 win in which he earned his second decision in two starts, lowering his ERA to 0.61 after 14 ⅔ IP, to go along with a 2.52 FIP and a .160/.222/240 line against early in his second major league season.

"He's probably been trying to keep up with his big brother most of his life. Because of good parents, he's not a silly acting dude, he's a real mature 22-year-old. But let's not forget he still is 22..." -Dusty Baker on Joe Ross and his brother Tyson Ross

"Joe was outstanding," Dusty Baker told reporters after the win.

"Just that one inning, I think the third, when he had a whole bunch of pitches and he kind of lost command of the strike zone and that was a very dangerous situation when you've got the middle of their order coming up.

"Because those guys they've got coming up, [Ryan] Howard, and I think [Odubel] Herrera, and those guys, they can reach the seats, especially in this ballpark.

"In this ballpark, you're never really comfortable."

Washington's five-run first and the runs added in the third, fifth and sixth innings made them about as comfortable as you can be with a lead in Philadelphia.

Even Ross got in on the offensive action, going 1 for 3 with a double to left field and a walk. Baker was impressed with the work Ross did at the plate as well.

"He told me he could hit," Baker joked.

"Not only did he hit, but he stayed off some tough pitches. That's what impressed me as much as anything about being a hitter.

"I mean, he didn't even offer at some of those pitches in the dirt, and he stayed off some tough pitches. He very well could be a big part of our offense when it's over."

It's easy to forget how young Ross is and how little experience he has in the majors, having been called up straight from Double-A to make his MLB debut last June. Baker said before Ross took the mound in CBP, that he thought a good role model or two probably has something to do with that. 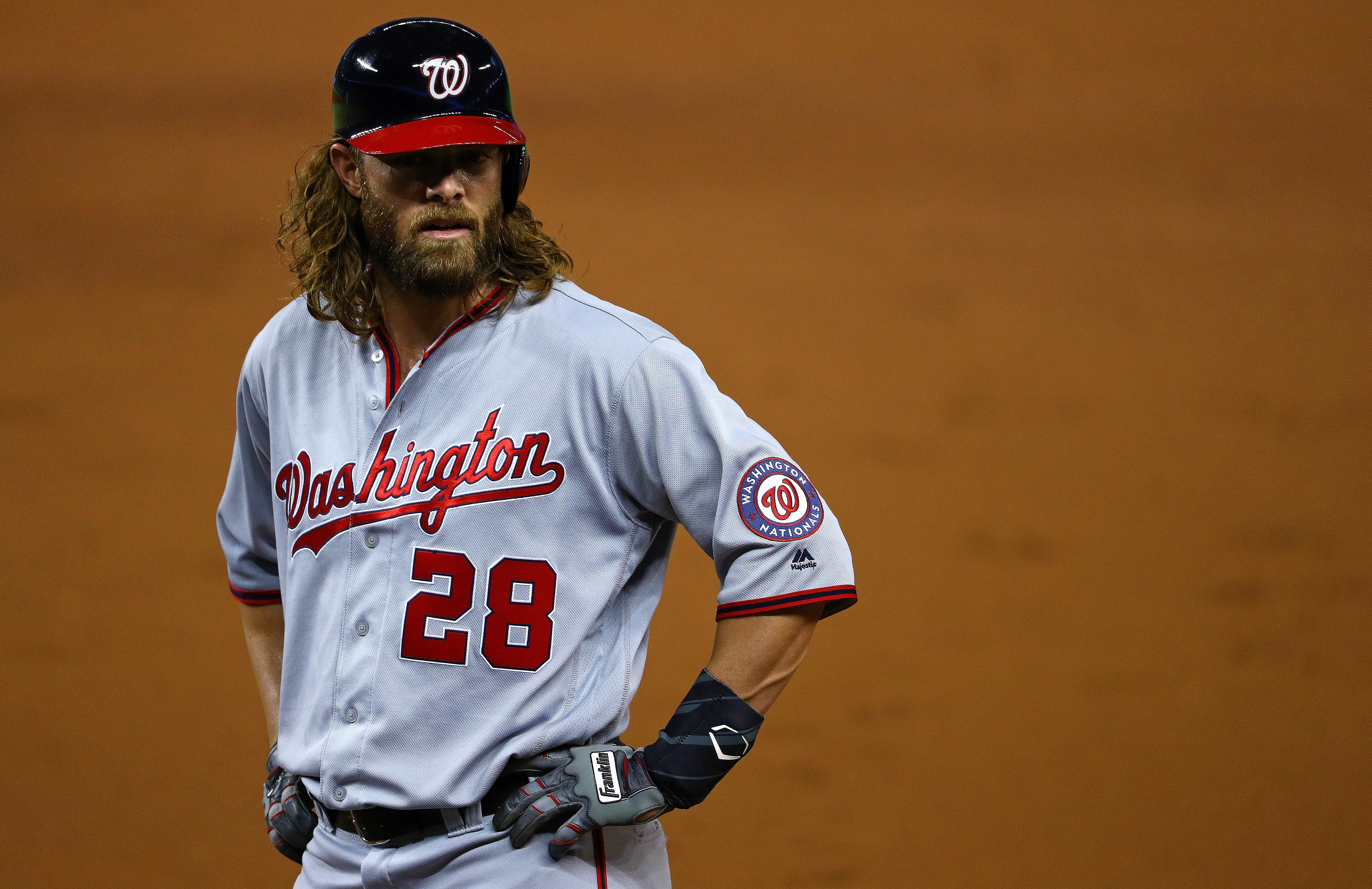 "I think it helps having a big brother to emulate," he explained, referring, of course, to San Diego Padres' starter Tyson Ross.

"He's probably been trying to keep up with his big brother most of his life. Because of good parents, he's not a silly acting dude, he's a real mature 22-year-old. But let's not forget he still is 22 and the sky is the limit on what he may do."

We'll see what Ross does with start No. 3 of his 2016 campaign tonight when he takes on the Miami Marlins in Marlins Park in the third game of the Nationals' four-game set in South Florida.

Lining up vs. the #Marlins tonight at 7:10 pm: pic.twitter.com/MsIBIC9pXN