Washington Nationals' skipper Dusty Baker talked after tonight's game about the issues that led to both Jayson Werth and Joe Ross leaving Wednesday night's game against the Miami Marlins, which the Nats won, 3-1.

Exactly when he tweaked his right hamstring is unclear, and according to reports from Miami neither Jayson Werth or Washington Nationals' skipper Dusty Baker provided details on how it happened, but the 36-year-old outfielder left the lineup on Tuesday night in the fifth inning of what ended up a 3-1 win over the Marlins.

Baker told reporters Werth was lifted out of an abundance of caution.

"He just felt something like a tightness in his hamstring," the manager explained after the game.

"I'm trying to get those guys past the point where you're not worried about them anymore. I'm not really concerned about this..." -Dusty Baker on keeping Jayson Werth, Ryan Zimmerman healthy

"And so he's off tomorrow anyway before the day started, so I just thought as a precaution we need to take him out and take care of it."

Werth assured reporters, including MASN's Mark Zuckerman, that he would be fine. "I’m fine," Werth said. "I’ll be fine."

Baker was clear that he didn't think it would be a significant issue for the veteran outfielder.

"I'm trying to get them all to the hot weather, you know what I mean?" Baker said.

"I've been saying that, that's been my goal all along, and especially the older players like Jayson and [Ryan Zimmerman], in particular, I'm trying to get those guys past the point where you're not worried about them anymore.

"I'm not really concerned about this.

"A younger player might have have tried to push it and something happened, but Jayson being a veteran, he knows his body pretty well, so I just said, 'Ok, man, I've not even going to debate it, so let's go."

Werth left the game two innings after Nationals' starter Joe Ross was lifted from his outing with a blister on his right, middle finger.

Baker wasn't sure about the extent of the issue with the 22-year-old right-hander either.

"I never had a blister, and so I was asking [Max] Scherzer about it, cause like I said, I never had one, and he just told me you've got to do certain things and do this and do that, you know Scherzer has got a theory on everything and that's why I went to him, I figured he'd know. And so I don't know how serious it is, we'll see." 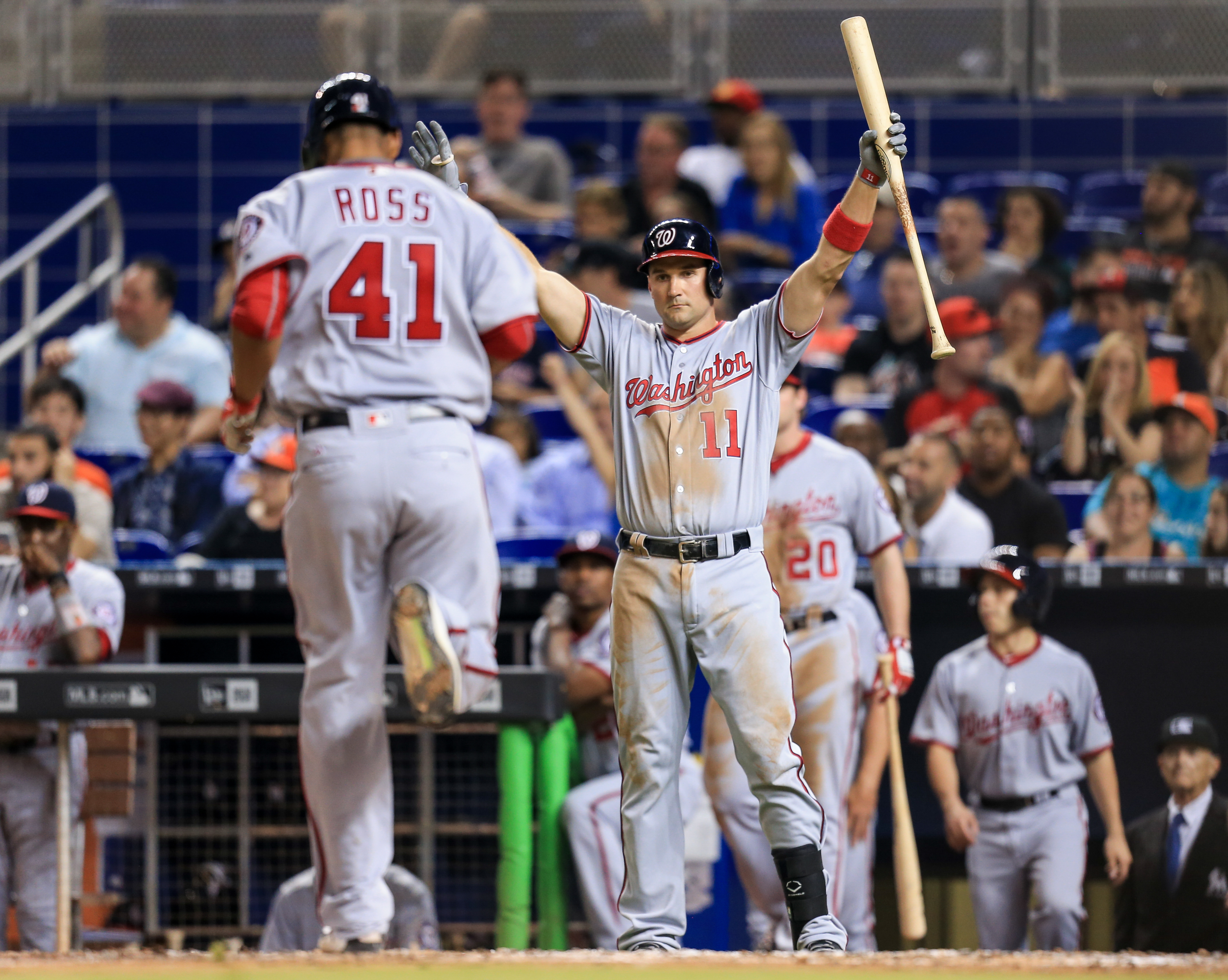 They discussed removing Ross an inning before they eventually did, Baker said, but they let him bat in the top of the third, where the second-year starter walked to start the frame, then scored two outs later on a well-struck double to center that Bryce Harper hit off Marlins' lefty Wei-Yin Chen to drive in what ended up being the winning run.

"Joe helped us even though he came out of the game early."