Dusty Baker on the Nationals' sputtering offense, 3-0 loss to the Phillies

Do the Washington Nationals need to shake things up offensively? With the Nationals off to a 14-6 start, does Dusty Baker need to worry about some of the Nats' bats not heating up just yet? Baker talked to reporters about the Nationals' issues yesterday.

Share All sharing options for: Dusty Baker on the Nationals' sputtering offense, 3-0 loss to the Phillies

Before the Washington Nationals were shut out and held to just two hits by Jeremy Hellickson and the Phillies' bullpen in last night's 3-0 loss to Philadelphia, Nationals' manager Dusty Baker talked about the Nats' sputtering offense and when he might start to worry and stop thinking about it as a slow start offensively and think of it instead as something to be concerned about?

"If you think you can hit, you don't ever have that feeling," Baker said of players being concerned about starting slowly.

"If you think you can hit, you think the opposite, the law of averages is on my side and you think that, 'Hey, man, I've got a lot of hits coming.'" -Dusty Baker on Nationals' hitters believing in themselves

"If you've got doubt, then you've had that feeling probably most of your life, but if you think you can hit, you think the opposite, the law of averages is on my side and you think that, 'Hey, man, I've got a lot of hits coming.'

"It all depends which side of the spectrum that you're looking at. I don't like that word 'concern', really, because there ain't nothing you can do about it. Worry just makes it worse from what I've learned.

"You can't stop guys from worrying, but you can tell them, give them positive thoughts and things. So, to me, when I was playing, I didn't, unless I was hurt, hands or something, knee or something, I didn't -- I just thought when the sun came out and it got hot out it was time for us to hit. The sun ain't out yet."

The last time they faced Hellickson, on April 15th in Philadelphia, the Nationals knocked the right-hander out after just three innings in which they collected seven hits and scored six runs, five earned. Last night? Not so much.

"He probably remembered that, that April 15th, and he was sharp tonight," Baker said after the loss.

"People say hitting is the hardest thing in the world to do, right? And then when you don't do it people ask you what happened?" -Dusty Baker on hitting being hard

"[He was] changing speeds and he had a very good night. I'm not going to say it was us because you don't want to discredit what he did tonight. Some times you're just shut down, and tonight was his night.

"We got him last time and he got us this time."

At the end of last night's game, the Nationals had four of their eight position players in the lineup still on the so-called "interstate", meaning still hitting in the .100s.

It's hard, Baker said, to produce much offense when only two bats in the lineup are currently hitting.

"It's hard to manufacture when you're not getting [production]," Baker said.

Baker was asked if he would consider shaking the lineup up or making changes to try to get things started?

"You know, it don't really matter where you're hitting really if you're not hitting. And everybody can't hit in front of [Bryce Harper] and some of the guys hitting in front of Harp still aren't hitting. And plus, believe it or not it is not that easy to hit." 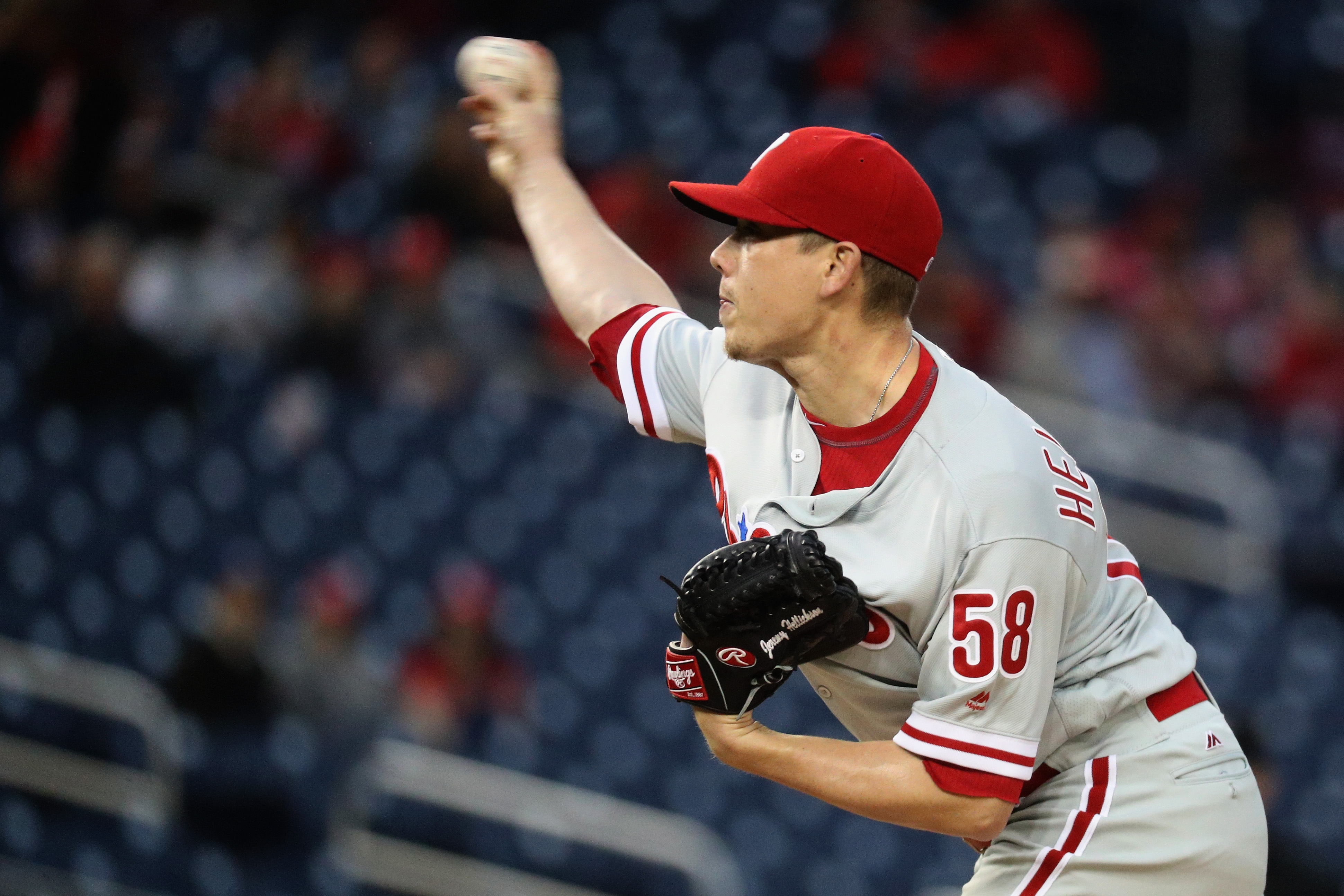 So is there anything he sees that needs to change or that he wants to change?

"It's just too early," Baker said. "The game just ended. This is what kills me: People say hitting is the hardest thing in the world to do, right? And then when you don't do it people ask you what happened?