Dusty Baker on Nationals' slugger Bryce Harper: "He's not at his best yet."

Share All sharing options for: Dusty Baker on Nationals' slugger Bryce Harper: "He's not at his best yet."

Veteran skipper Dusty Baker, in his 21st year as a manager after a 19-year playing career, has only been around for 21 of Harper's games and 87 of his plate appearances, but the 66-year-old skipper likes what he's seen from his 23-year-old charge thus far. What does the future hold?

"I mean, it's hard to project where he's going, because the sky is the limit..." -Dusty Baker on Bryce Harper's potential for improvement

Baker, who has managed his share of young stars (Barry Bonds, Ken Griffey, Jr.) was asked before Thursday's series finale with the Philadelphia Phillies, how he thought Harper has done thus far and what lies ahead.

"I mean, it's hard to project where he's going, because the sky is the limit," Baker said. "Where he's been, he might have gotten there a little bit ahead of schedule.

"Because you look at Barry Bonds' track record and Barry was hitting in the .230s early in his career.

"So he's figured it out pretty good. He's a smart young man. And I'm just glad that I'm here to hopefully help him in a small way and to see his progress and his greatness in action."

When he really took off as a 25-26-27-year-old from 1990 on, he started getting walked regularly, as teams avoided letting Bonds beat them.

Baker was asked if that was what the future held for Harper?

"But I mean, you've got to figure, I mean, Barry -- [Bryce] still has to a ways before he reaches Barry. That's to be expected.

"He reached this plateau sooner than Barry. It's hard in modern baseball to come up with a [Mickey] Mantle and [Roger] Maris or [Hank] Aaron and [Eddie] Matthews, or a couple superstars back-to-back-to-back.

"I was a good hitter, but shoot, dang, I was 23 years old and Hank [Aaron] told me, 'Don't try to hit a home run. Keep the ball off the ground. Stay out of the double play..." -Dusty Baker on hitting behind Hank Aaron

"Because how many teams can afford that. So yeah, they're going to walk him, but he's learning a lot in the process.

"He's learning about patience, he's taking his walks, it's just a matter if they can play on his emotions and patience to lose his concentration and stay in the strike zone."

Baker talked about the important role Jeff Kent played in making opposing pitchers pay for walking Bonds when the two were in the San Francisco Giants' lineup together.

"It was pretty nice having Jeff Kent there," Baker said. "Because Jeff Kent, if Barry left them out there or they walked Barry, Jeff Kent could drive them in, so I think Jeff Kent belongs in the Hall of Fame, personally.

"[Ryan Zimmerman], has a track record where he can handle it, I think. It's just a matter of not taking it personal.

"Cause Hank Aaron told me not to take it -- because I was batting behind Hank Aaron and everyone was talking about you have to get somebody to hit behind him and Hank Aaron had me.

"I was a good hitter, but shoot, dang, I was 23 years old and Hank told me, 'Don't try to hit a home run. Keep the ball off the ground. Stay out of the double play. Put the ball in play. Don't strike out. And get a whole pile of singles and doubles and that will stop them from walking me.' And that's what I tried to do. 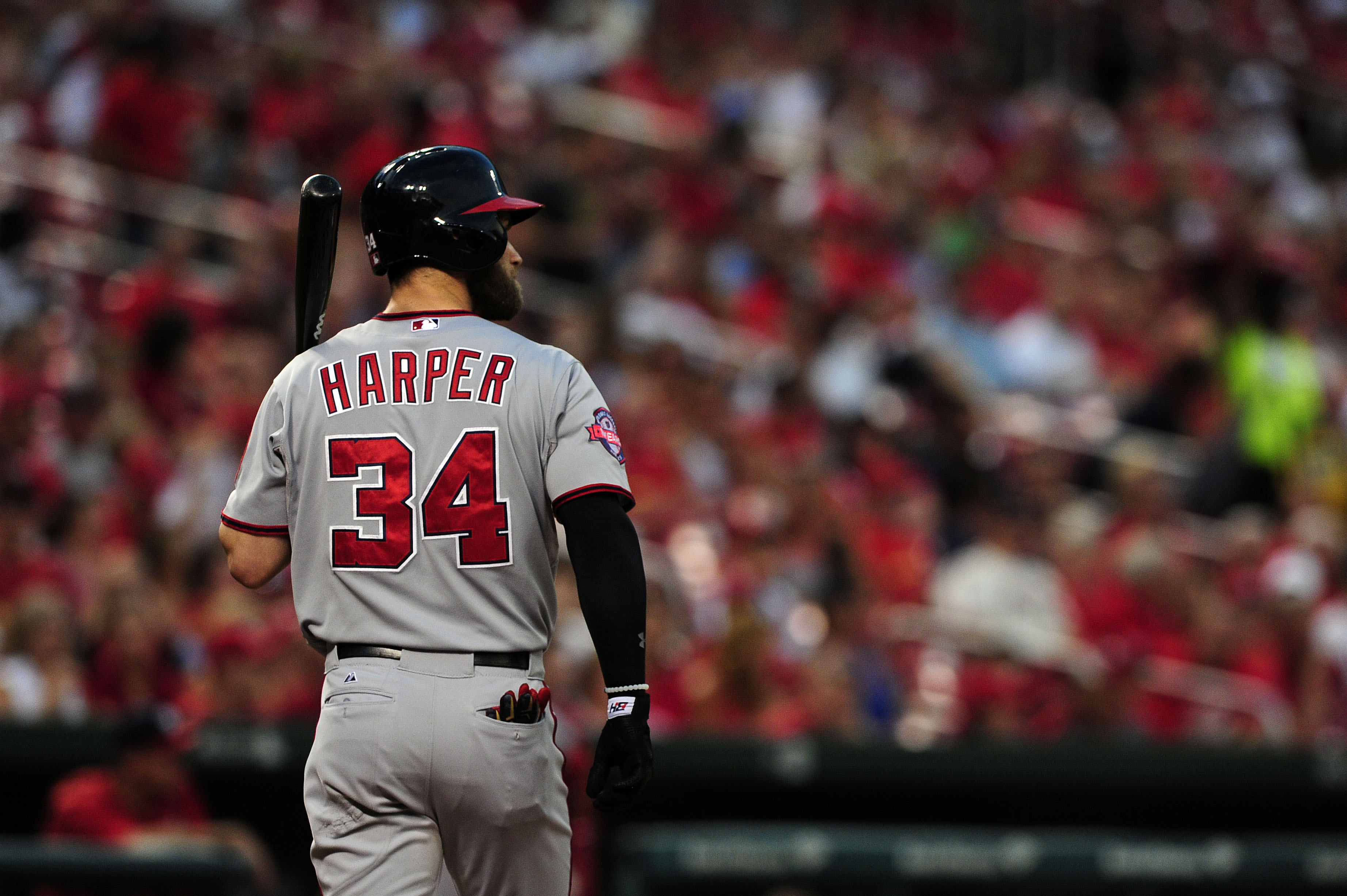 Baker said last night, not quoting Frank Sinatra directly, that the best is yet to come.

"He's not at his best yet, actually, and he's been very good so far.

"It's a pleasure to watch him play and a joy to watch how hard he plays. And he loves to play. I think that's the tip that most kids that are watching can take with them, is his passion and knowledge of the game."