Dusty Baker on Nationals' Stephen Strasburg: "Right now this guy has it together."

Stephen Strasburg struggled early in last night's win, but bounced back to keep the St. Louis Cardinals off the board after the first, striking out nine in his seven innings of work on the mound. Dusty Baker was impressed with the Washington Nationals' right-hander.

Share All sharing options for: Dusty Baker on Nationals' Stephen Strasburg: "Right now this guy has it together."

Dusty Baker talked in an MLB Network Radio interview earlier this week about Stephen Strasburg's performance in his start against the Minnesota Twins.

Strasburg, he said, has grown up in front of our eyes, and the pitcher he is now is a different one than in previous seasons.

"You can tell he has that quiet confidence. He doesn't say much but this guy, but this guy is at a point in his career... before you know you're good, but you can't figure out why you can't get it together, and right now this guy has it together."

"Like most good starters, if you don't get them early, you don't usually get them and he locked it in after that first inning or two..." - Dusty Baker on Stephen Strasburg vs the Cardinals

Strasburg gave up four runs total in that outing, three of them on a home run by Brian Dozier in the eighth, when the Nationals tried to stretch him as far as they could to spare their taxed bullpen.

Last night in St. Louis, the two runs Strasburg allowed came in his first inning of work in a seven-inning outing. He held the Cardinals off the board after that, settling in nicely after he was up on the zone and hit hard in the first.

He surrendered four hits in the opening frame, then four total over the next six innings as the Nationals battled back to take the lead and hold on for the win.

"Like most good starters, if you don't get them early, you don't usually get them and he locked it in after that first inning or two, because they were hitting some balls pretty hard off him early," Baker told reporters after the 5-4 win.

"He kept his composure and also part of it was we got him a lead. That's what good starters do. You get them a lead and especially if they get off early in the game without giving up too many, then they get locked in.

"But he got his breaking ball locked in, started throwing his fastball where he wanted to and he was lights out after that."

"He's no longer a kid. Now he's a pitcher that knows what to do and what to throw and [Jose Lobaton] guided him through the game, big time." -Dusty Baker on Stephen Strasburg vs the Cardinals

Blake Treinen gave up a two-run blast in the eighth that got the Cardinals within one, but worked through the inning and handed the lead to Jonathan Papelbon, who earned his eighth save of the season.

Baker said he was impressed with the way Strasburg weathered the early trouble and dominated late.

"He's no longer a kid," the veteran skipper said. "Now he's a pitcher that knows what to do and what to throw and [Lobaton] guided him through the game, big time. I'm just glad that our offense came to life."

According to Brooksbaseball.net, Strasburg was working predominantly with his fastball, which he threw for 52 of his 103 pitches. He mixed in 19 changeups (getting 12 swings and eight misses with it), 16 sliders and 16 curves.

So far this season, against the slider, opposing hitters have a .294 AVG, according to Fangraphs, but Strasburg told reporters he had a feel for it last night.

"I thought it was working really well tonight, especially against these guys," Strasburg said, as quoted by MASNSports.com's Mark Zuckerman. 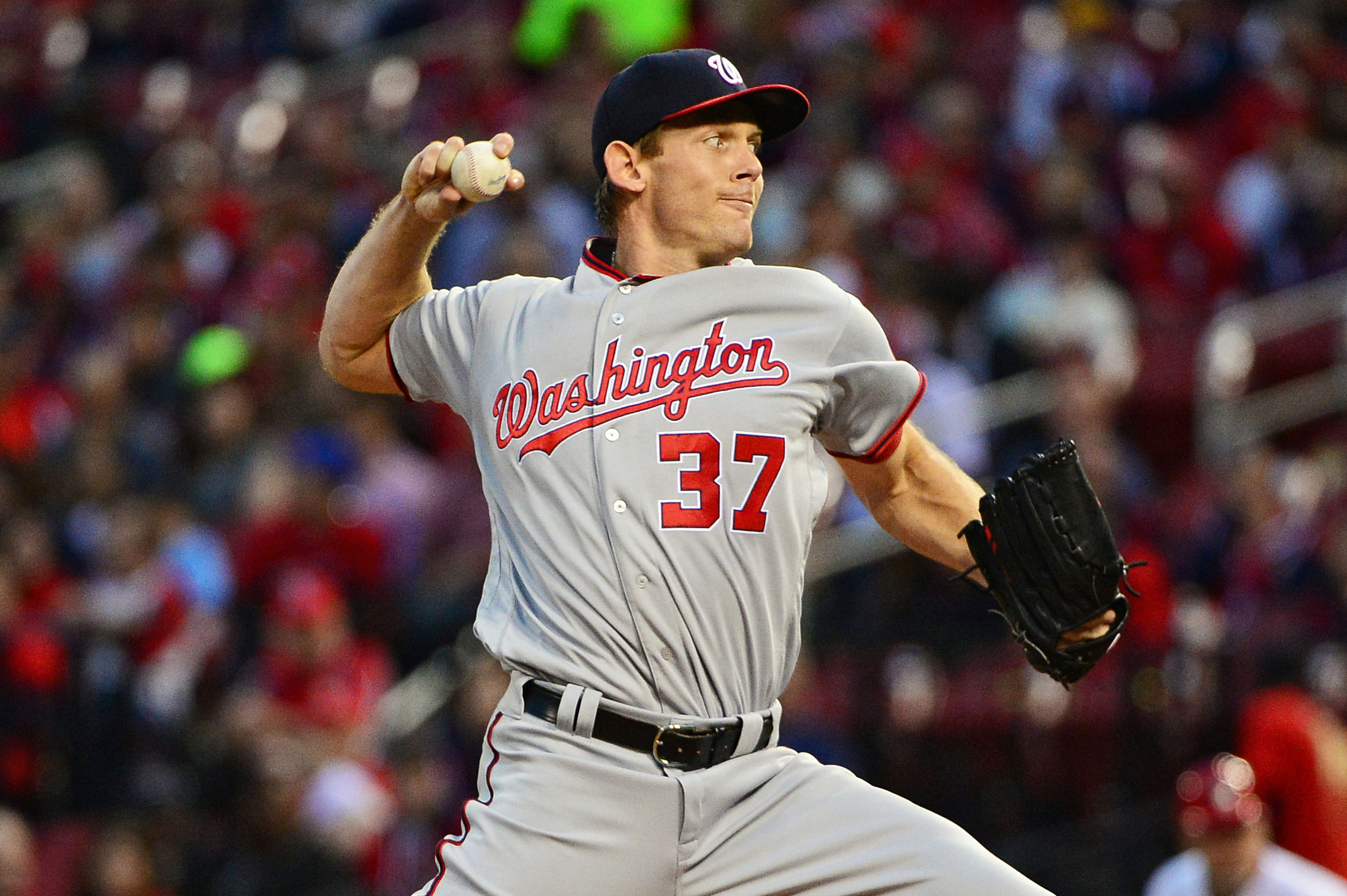 "I feel like it was better than the previous game because I was able to locate close enough to make it look like a strike.

"Whereas last game, I was throwing some that were easy takes. It’s just another look. I’m not going to abandon the other ones."

Baker was asked about Strasburg's ability to slow the game down and regain control after the rough start.