Dusty Baker on "Old Man" Ryan Zimmerman showing the kids how it's done...

A healthy Ryan Zimmerman is a good Ryan Zimmerman and new Washington Nationals' skipper Dusty Baker told reporters on Thursday that he likes what he's seen so far and is looking forward to seeing Zim in the lineup all season.

Share All sharing options for: Dusty Baker on "Old Man" Ryan Zimmerman showing the kids how it's done...

Ryan Zimmerman started late, as planned, and he played in just fourteen Grapefruit League games, but Washington's 31-year-old first baseman got hot quick at the plate, going 14 for 42 (.333/.349/.667) with two doubles and four home runs before the Nationals started playing games that count this week.

Three games into his 12th major league season, the 2005 first tound pick is 4 for 12 with a double and three runs scored, one of them on a particularly impressive, instinctive play in the second game of two in the season-opening series in Atlanta earlier this week.

"I'm impressed with Ryan Zimmerman. Period. He's a ballplayer. This guy, for a guy that has a bad foot, he's been running the bases with daring success." -Dusty Baker on Nationals' first baseman Ryan Zimmerman

Zimmerman singled to start the seventh inning, with Atlanta up 1-0, took second one out later on a groundout and then was off and running on a grounder up the middle off Wilson Ramos' bat, turning the corner and speeding toward home when Braves' shortstop Erick Aybar fielded the ball behind second and tried to get the slow-footed catcher at first.

Aybar's throw was wide, pulling first baseman Freddie Freeman off the bag. Freeman then turned to throw home when he saw Zimmerman heading down the third base line, but fired it by catcher A.J. Pierzynski, allowing the tying run to score.

A walk to Danny Espinosa and two-run double by Matt den Dekker followed as the Nationals took control in what ended up a 3-1 win over the Braves.

Zimmerman went 1 for 3 with two walks and a run scored in the home opener on Thursday afternoon.

Before the game, Nationals' skipper Dusty Baker was asked if he was impressed with what he's seen from Zimmerman at first base thus far.

He told reporters he likes the whole package.

"He's a ballplayer. This guy, for a guy that has a bad foot, he's been running the bases with daring success.

"He's made some plays for us, he's driven in runs, he knows how to drive in runs, he's an outstanding base runner.

"That's why we brought in Nick Johnson in Spring Training, to try to help him on an accelerated curve on being an outstanding first baseman."

Johnson, the one-time Nationals' first baseman, talked in an MLB Network Radio interview this Spring about his time in camp with the Nats and his interaction with Zimmerman:

"I talked to Zim a little bit over at first. Gave him some -- just some little things around the base that might help or maybe he's never thought of... but he's going to catch the ball, but there [are] little things that go on in the game over at first that -- maybe just try to put in his ear and maybe he liked it, maybe he didn't, I don't know."

"Honestly some of that stuff is just stuff that's going to happen that no matter what you do you can't protect yourself from things like that happening..." -Ryan Zimmerman on trying to avoid injuries, February 2016

"He's a ballplayer and he knows how to play. He goes about his business very professionally. He doesn't clown, showboat or doesn't show -- I haven't seen him yet -- show super emotion. And then my friend told me -- which I couldn't believe -- he said he had ten walk-off home runs."

He does. But Baker didn't believe his friend.

"I went over to ask [Zimmerman] in Spring Training, I said, 'C'mon man, is that real?' And he said, he told me, 'Yeah.' And I was like, well, I was thinking walk-off the other day and every time he goes up there I'm thinking walk-off."

"I used to take pride myself, I didn't have ten walk-offs, but I had some walks, a couple home runs, sac flies and whatever, and that's Ryan Zimmerman, he will do whatever is necessary to drive in runs."

When he's healthy, he'll hit and drive in runs.

That's been the issue recently, of course, with Zimmerman struggling to stay in the lineup over the last few seasons.

Baker was asked if he was concerned while watching Zimmerman run the bases like he has early this year.

"Well, Ryan has been around a long time, he's a professional," Baker said. "How do you put a governor on somebody? I mean, they're all judgement plays what he's doing, like last night [in Atlanta], he just kept running, that's a great play. 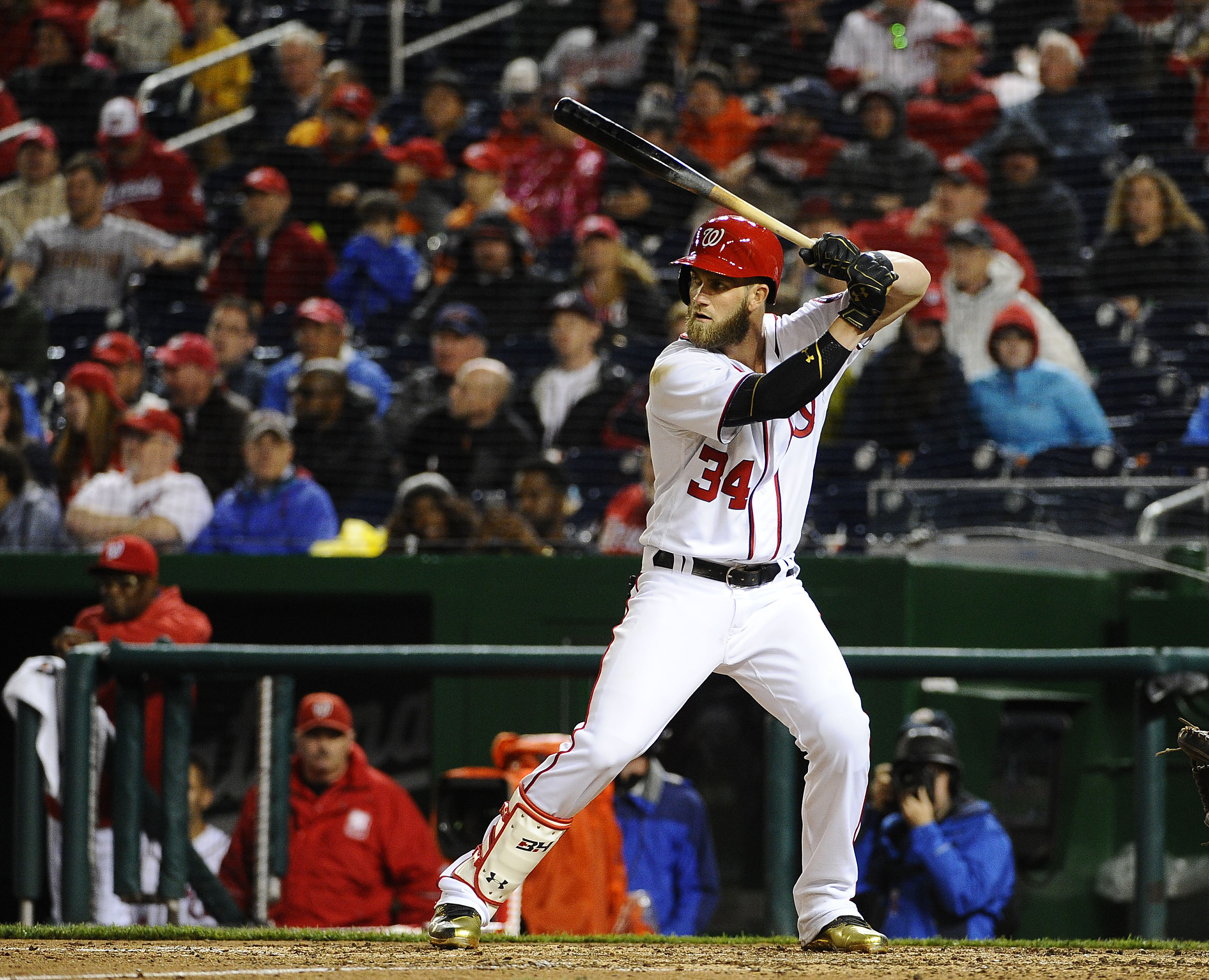 "[Grounder to the] second baseman, and keep running, but he's playing the game the way he's supposed to be playing.

"And then a ball went in the dirt, he was alive and went to second, ended up scoring, I mean, these are things that you urge everybody to do and Ryan is the kind of guy -- he doesn't talk much, he just shows you how to play.

"I mean, if you're a young guy and you're watching him, you say, 'Man, if this old dude can do it, I certainly can do it.'

"He's not that old, he's been around a long time. It's hard to tell somebody to go, you know, half way."