Washington Nationals' right-hander Stephen Strasburg and the Nats have agreed on a seven-year extension which is rumored to be worth $175M. The Nationals will hold a press conference to announce the deal this afternoon.

He was facing a Tigers' lineup that was decidedly right-hand heavy, with just one left-handed bat in the starting nine.

"His talent is transcendent; the numbers speak for themselves. Needless to say I am thrilled we’ll continue to have him as a part of our family on the field and in the community..." -Mike Rizzo on Nationals signing Strasburg to an extension

Dusty Baker told reporters before the game that he wasn't too concerned about Strasburg's splits early this season.

"He's been pretty good against everybody, really," Baker said.

"The main thing is that he's throwing strikes. He's throwing a good changeup. He's got a good breaking ball. He's throwing good everything and he's sticking around in the game long enough to get a decision."

One of the Tigers' eight right-handers, Nick Castellanos, who started the game 36 for 80 with an AL-leading .450 AVG vs right-handed pitchers early this season, took Strasburg deep on a 96 mph, 1-1 fastball in the first, hitting a two-out, two-run home run to left to put Detroit up early in the series opener in D.C.

While Strasburg was on the mound in the fourth, news was breaking off the field.

Washington Post writer Chelsea Janes was first with a report that the right-hander and the Nats reportedly agreed on a "significant extension" which subsequent reports have said is a 7-year/$175M deal that will keep the starter in D.C. for at least the next three seasons with opt outs in the deal after the third and fourth year.

Strasburg was set to hit free agency after this season, but if the reports are accurate, the 2016-17 ree agent class got significantly weaker.

After allowing another two-run blast in the fifth, by another of the Tigers' right-handed bats (J.D. Martinez), Strasburg was done for the day after seven innings of work in which he gave up six hits, four runs and three walks while striking out 11 batters.

When he spoke to reporters after the game, Strasburg declined to discuss the reports of his extension.

"We just… I don't really have a comment about that right now," Strasburg said.

"I'm just really excited about this game. It was a lot of fun to watch and it was a mental test for all of us.

"I think we've showed that if we stick together we and keep playing hard that good things will happen."

Asked if the deal was agreed to but not yet signed, Strasburg once again avoided answering, though he did talk about his adopted home.

"I'm really just focusing on this game here and stuff like that. All that stuff is going to work itself out eventually. I'm just excited for the way the guys played behind me tonight and [my teammates] picked me up in the end.

"Ensuring that Stephen will remain a part of our organization for years to come is a proud moment for our entire family..." -Nationals Managing Principal Owner Theodore N. Lerner

"Growing up in Southern California and San Diego all my life and stuff, the East Coast is a little bit of a change. But the city of D.C. has been great to me and my family. It's really grown on us and we're very comfortable here."

Nats' skipper Dusty Baker said he hadn't heard anything about the rumored extension when he spoke to reporters after the game.

"I don't know what you're talking about," Baker said. "If that's the case then I'm very, very happy. And I'd like to be here a little while longer with him."

He did, however, talk about the development he's seen from Strasburg in their short time together and what he's heard from others in the organization about the change in the right-hander's demeanor over the last year-plus, and how he seems to have figured something out and taken his game to a new level.

"I think it goes back to last year," Baker said.

"He's built some momentum over the offseason. He's come in in outstanding shape. His mental state of mind and his calmness is a whole lot better, I heard, than it used to be. Where some of the smaller things don't affect him as much. We had a conversation in the Spring about that he's no longer an underclassmen.

"He's been here a while. He's certainly not a real seasoned veteran. If he was in college, I'd say he's probably in his junior year in college.

"And so a lot of his graduating class is just getting here and this guy has already been here five or six years that he's pitching... see when he first got here he was pitching against all upper classmen.

"Now he's pitching against more guys his age and soon he'll be an upper classmen. But he's definitely on the way."

This morning, the Nationals made the deal official, announcing that they have agreed on a seven-year extension in a press release.

"Ensuring that Stephen will remain a part of our organization for years to come is a proud moment for our entire family," Nationals Managing Principal Owner Theodore N. Lerner said. 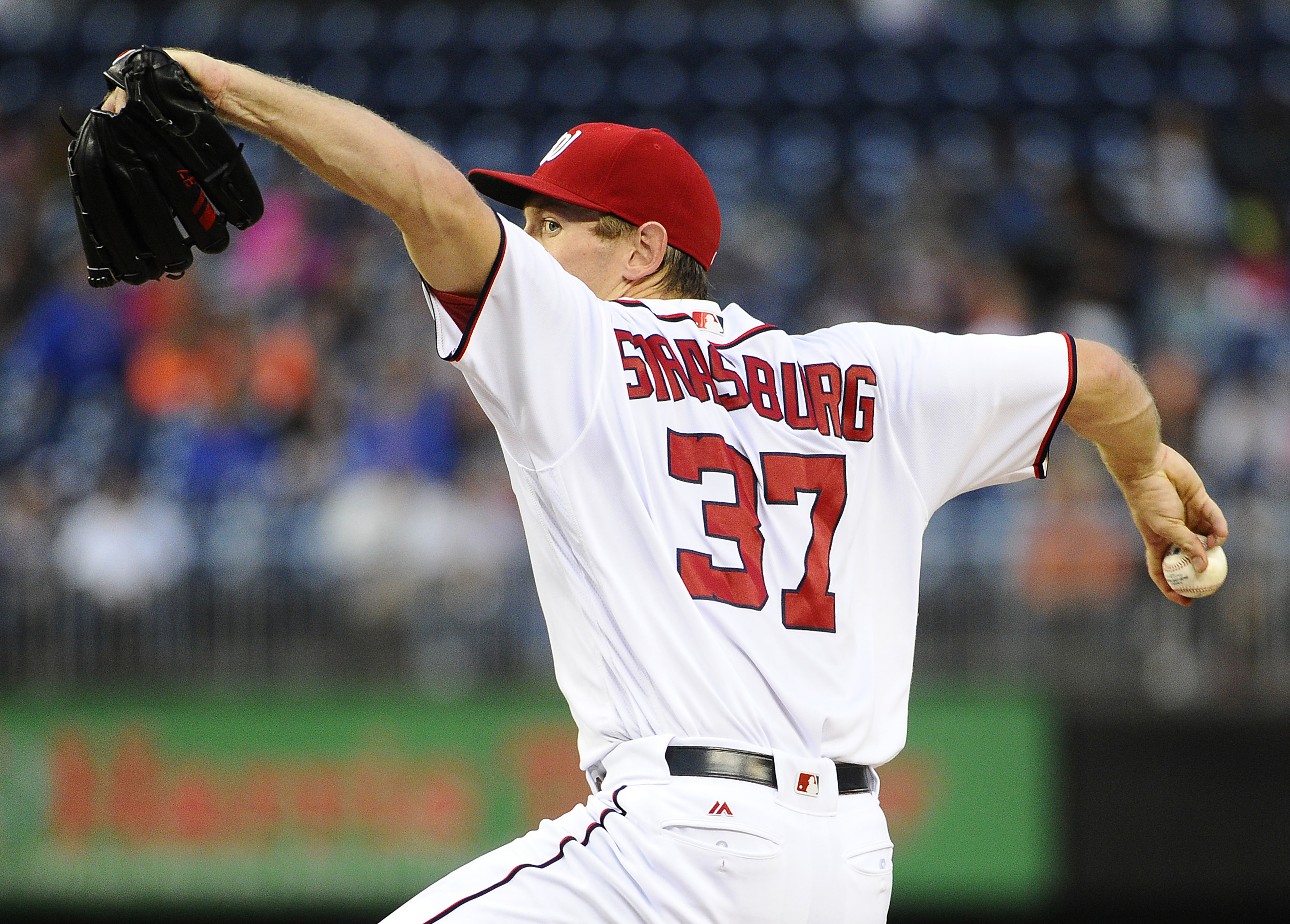 "We are very fond of Stephen and his entire family, and we’ve thought very highly of them since he became such an integral part of our organization almost seven years ago. We’re honored that he feels the same way about the Washington Nationals, and very happy to keep him pitching in the nation’s capital."

"I am delighted to ensure that Stephen is going to remain an important part of the Washington Nationals," GM Mike Rizzo said.

"From the moment he was drafted, Stephen has been far more than just a pitcher for our organization, and his talent is transcendent; the numbers speak for themselves. Needless to say I am thrilled we’ll continue to have him as a part of our family on the field and in the community, and looking forward to seeing him on the mound for us every five days for the foreseeable future."

The Nationals will make it all official in a press conference this afternoon at 2:15 PM.