Nationals' Jonathan Papelbon on blown save vs Royals: "I didn't execute some pitches. That's what it boils down to. Execution."

Jonathan Papelbon's second blown save of the season kept the Washington Nationals from winning their fifth straight game on the road. A 6-4 lead in the ninth turned into a 7-6 loss to the Kansas City Royals. Papelbon and Dusty Baker talked about the loss.

Share All sharing options for: Nationals' Jonathan Papelbon on blown save vs Royals: "I didn't execute some pitches. That's what it boils down to. Execution."

A 6-4 win. A five-game win streak. Save No. 10 of 2016. All these things were possible when Jonathan Papelbon took the mound for Washington in the ninth inning of last night's game with the Kansas City Royals in Kauffman Stadium.

Five hits, all singles, and 26 pitches later, the Royals had a 7-6 win. Lorenzo Cain hit a walk-off winner after the Royals rallied to tie it at 6-6.

"It's a matter of location more than anything. There aren't many missed bat guys like these guys have over here." -Dusty Baker on Papelbon not generating swings and misses

Papelbon, who, as ESPN's Stats & Info Twitter account noted, had 0 blown saves in 37 games for the Phillies last season, and has now blown 4 saves in 35 games with the Nationals, couldn't put the Royals away.

While everyone is focused on his diminishing ability to generate swings and misses (before tonight his Swinging Strike% was down from 12.4% last year and 13.2% in his career to 6.6% this season) Dusty Baker and Papelbon, in separate interviews after the game, both said it was more a problem with executing pitches.

Baker said he wasn't concerned that Papelbon wasn't getting many swinging strikes.

"There are a lot of closers that don't miss bats," Baker said.

"Execution," Papelbon said. "Execution. I didn't execute some pitches. That's what it boils down to. Execution." -Jonathan Papelbon on blown save vs Royals

A check-swing single by Alex Gordon started it all. Salvador Perez lined a single to left that sent Gordon around to third. Pinch runner Terrance Gore stole second.

Mike Moustakas drove both runners in with a one-out single, 6-6, before taking third on a two-out single by Alcides Escobar and scoring on Cain's walk-off winner.

"I don't know what to say," Baker told reporters after the loss.

"It was a situation where we had two strikes on a number of hitters and it started out with a little check swing which gave them some life, big time. I think two of the hits were two-strike hits."

"These guys are tough to put away," Baker said  "They don't strike out much. They pride themselves on not striking out. That's part of their game. They put the ball in play. They use their speed. And they took that game from us."

"I blew the game," Papelbon said succinctly when he spoke to reporters.

Asked about the Royals' hitters' ability to grind out at bats, Papelbon said, "They're all big league hitters. You've got to get them out, you know."

The issue that kept him from doing so?

Royals rally in 9th, walk off on Nationals, 7-6 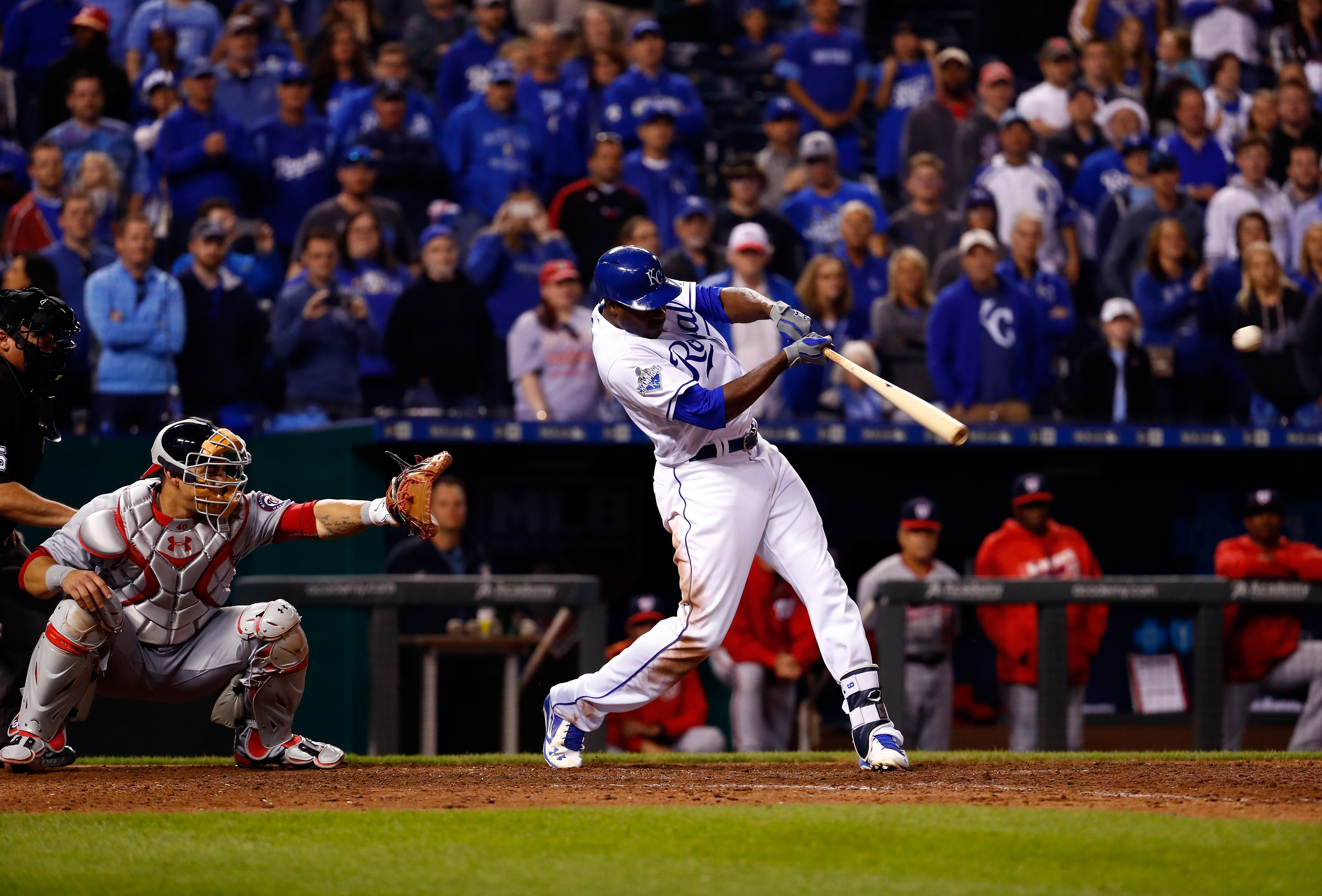 "Execution," Papelbon said. "Execution. I didn't execute some pitches. That's what it boils down to. Execution."

"They certainly know how to come back cause I've seen them come back many, many times," Baker said.

"That's real tough. Tomorrow shows what kind of character we have, after a tough loss and we've got to come back and win this series tomorrow, because we certainly having been playing good ball."

"Pap has been good," Baker said. "He's been very good. Like I said, nothing to say, they just took that game from us."