Washington Nationals' slugger Bryce Harper didn't do too much swinging in Wrigley Field. Harper walked thirteen times in the four-game set, six times in the series finale with the Chicago Cubs. It worked out well for the Cubs, who swept all four games.

Share All sharing options for: Cubs walk Bryce Harper 13 times in four games, walk off on Nationals in finale

in the first three games of the Washington Nationals' four-game set with the Chicago Cubs in Wrigley Field, Bryce Harper was 1 for 4 with seven walks, one intentional, and two Ks in 12 plate appearances.

In Sunday's series finale, the Cubs put Harper on all seven times he stepped to the plate, with six walks, three intentional, and one hit-by-pitch.

"You know how good he is... and why tempt fate right there? Now if the other guy gets you, that's fine." -Joe Maddon on walking Bryce Harper six times on Sunday

Harper was stranded in the first, but he scored after taking a free pass in the second.

Ryan Zimmerman struck out when Cubs' starter Jake Arrieta walked the base full rather than face Harper in the fourth.

Harper took a pitch off his foot in the sixth. He was stranded again after walking with two down in the eighth.

Adam Warren walked Harper with two on and two out in the tenth, but Zimmerman lined out to left.

Justin Grimm put Harper on with two on and two out against in the twelfth, but Zimmerman grounded out.

Cubs' skipper Joe Maddon talked about walking Harper repeatedly throughout the series after Chicago's 4-3 win on Sunday, which gave them a sweep of the Nationals.

"It just doesn't -- you know how good he is... and why tempt fate right there?" Maddon said.

"Now if the other guy gets you, that's fine. You have no problem with that whatsoever. I know he's not been as hot as he can be coming into this series, but you don't want to get him hot. I've been part of that in the past, so we did what we thought we had to do today and it happened to work, so good for our guys."

Harper set an all-time high for walks in a four-game series with his 13 free passes. His six walks in the final game tied a major league record.

"I haven't really had time to think about it," Dusty Baker said when asked about Cubs' strategy in walking Harper and whether it would force changes.

"But it takes patience on Bryce's part, not to go out of the zone the way he didn't," Baker continued, "and like I said, you can feel the pressure mounting on Zim, but this guy has been a clutch man in this organization for a long time.

"He's one of the premier clutch men in the game, so I'm sure it's killing him and we just have to go back to the drawing board and just keep fighting."

Washington was 1 for 19 as a team with runners in scoring position on Sunday. Zimmerman himself left 14 men on base.

Putting Harper on to load the bases like the Cubs did?

.@Bharper3407 was pretty amused at drawing a historic number of walks this weekend: https://t.co/xF5drKqrbe pic.twitter.com/9Lfii2F9DG

"I guess you have to give their pitchers credit for throwing strikes after that," Baker said.

Cubs walk off on Nationals, 4-3 for sweep 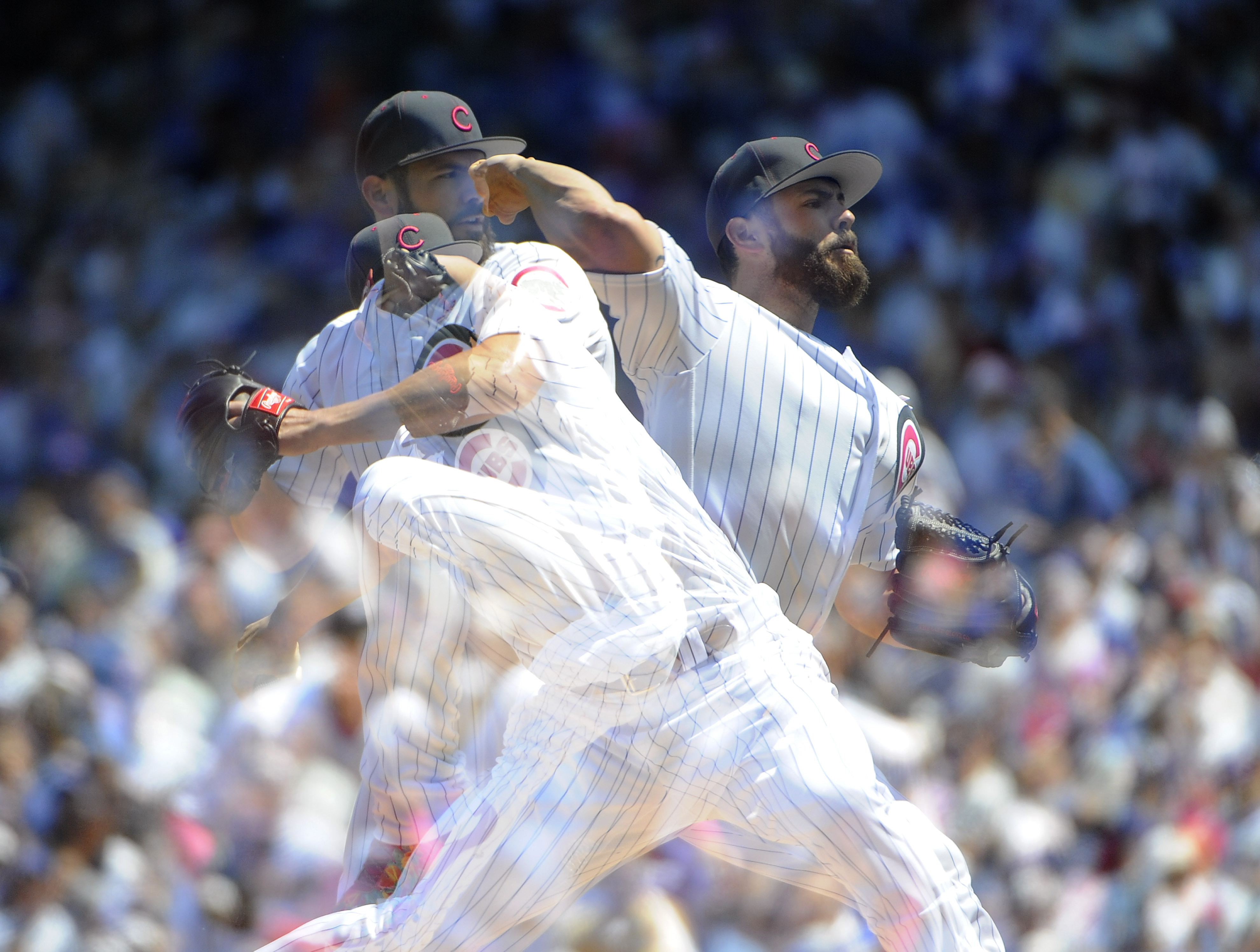 "Because they could have walked in a run too, at the same time, but it's kind of like in basketball when they have 'Hack-a-Shaq' or whoever they're hacking. I guess, I mean, that's part of the game and part of strategy."

Seeing as how the decisions worked out well for the Cubs, Baker was asked if he thought the practice of going all out to avoid Harper is catching on?