When the Washington Nationals were done with their three selections on Day 1 of the 2016 MLB Draft, Assistant GM Kris Kline and national crosschecker Jimmy Gonzales talked to reporters about Carter Kieboom, Dane Dunning and Sheldon Neuse.

With their top pick in the 2016 MLB Draft, at No. 28 overall, the Washington Nationals selected 6'2'', 186-pound infielder Carter Kieboom out of Walton High School in Marietta, Georgia.

"Carter [Kieboom] we saw all year, and [he] was actually here for a workout and it was a very good workout and that was a big selling point for us as well." -Kris Kline on Nationals' draft pick Carter Kieboom

"It's an advanced approach at the plate. Very good tools with some above average, some solid average. He's going to be a really good big leaguer. Good makeup. Just has a really good feel for the game. He's a baseball player."

Having drafted his older brother, in the 5th Round of the 2012 Draft, the Nationals were familiar with the family and they got a good look at Carter this season before they drafted him.

"Carter we saw all year," Kline said, "and [he] was actually here for a workout and it was a very good workout and that was a big selling point for us as well."

Though Dunning, 21, worked in a relief role for the Gators, Kline said he would start when/if he signs on with the Nationals.

"Definitely going to develop him as a starter," Kline told reporters. "He's coming from one of the best college staffs in baseball right now.

"Dane, if he was at another program, he easily would have been the Friday night starter for 95% of the other teams in the country.

He's another selection the Nationals have known for a long time before they picked him last night.

"Our history goes back all the way to the high school, unsignable at that time and ended up going to the University of Florida," Kline said.

When Dunning and his Gator teammates are done for the year, Kline said he'd likely start with the Nats' New York-Penn League affiliate.

"I think he's going to get his feet wet in Auburn," Kline said.

"Dane [Dunning], if he was at another program, he easily would have been the Friday night starter for 95% of the other teams in the country." -Kris Kline on Dane Dunning working as a reliever for Florida

"We need to build him up, and you don't have a lot of innings here, and just because he was used so sporadically I think we need to develop some consistency and get him acclimated to being a starter on every fifth day."

He added that he didn't have any concerns about the right-hander pitching in the College World Series.

"It doesn't make us nervous, that's just part of the scenario," Kline explained.

"The College World Series, they keep pushing it back, it goes later and later, we really have no control over that, so we're going to take him based on his ability regardless of the postseason play.

"We'll have somebody there, we'll monitor everything he does and make sure he's healthy and by the time he gets to us he'll be good to go."

With the Nationals' third and final pick of the first day of the Draft, at No. 58 overall, they selected Oklahoma infielder Sheldon Neuse.

Neuse also pitched in college too, but the Nationals plan to use him as an infielder.

"He's definitely going to be a third baseman," Kline said. 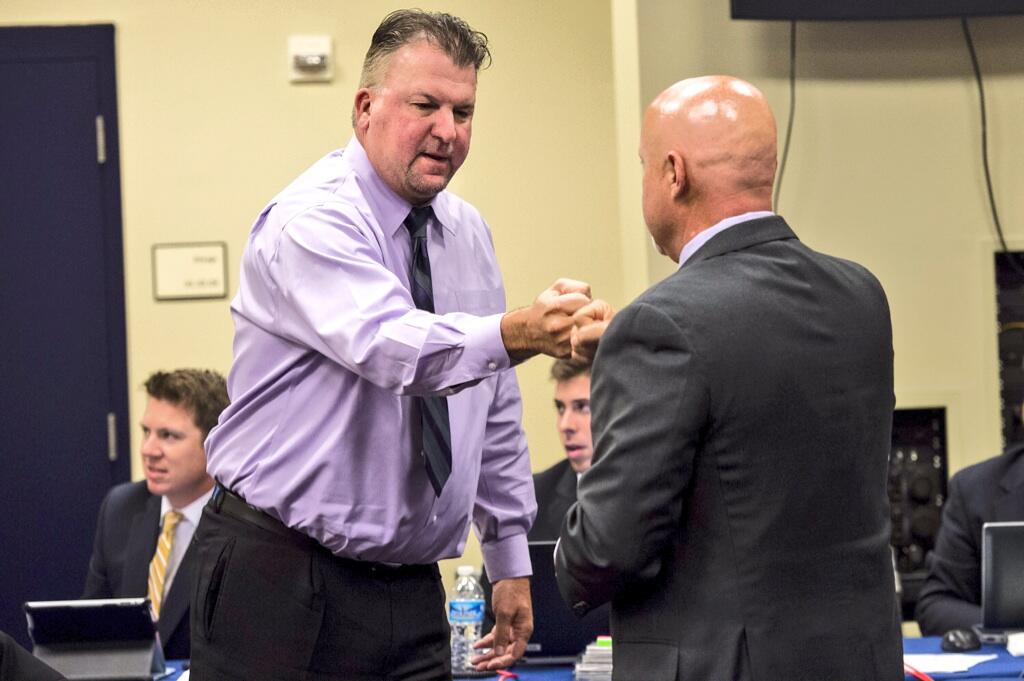 "We're drafting him based on his offensive ability. He does throw very well, which is going to be an asset for him at the corner. He doesn't stay at shortstop, I think he could pull that off through High-A ball if it was necessary, but he's going to end up at third base and we drafted him as a bat."

Kieboom and Dunning were on the Nationals' radar going into the draft, and Kline said they were happy to get them.

"I think we got who we targeted. Beauty is in the eye of the beholder, so we identified Carter and Dane early in the year and I think we feel very fortunate to get both of those guys and then Neuse kind of fell in our lap, we really liked him too and so far, so good, and tomorrow is going to be another big day for us."