Washington Nationals' right-hander Stephen Strasburg improved to 10-0 this season with a win over the Philadelphia Phillies in Friday's night's 9-6 game in the nation's capital. He became the first NL pitcher since 1988 to start a season 10-0.

Friday night's outing ended up being a big one for Washington Nationals' starter Stephen Strasburg, who gave up four runs early, then retired the last fourteen Philadelphia Phillies' batters he faced in what ended up a 9-6 win.

"He got very determined not to give up any more, and we gave him some run support, which always helps, big time." -Dusty Baker on Stephen Strasburg vs the Phillies

A walk and three singles, one of them a safety squeeze, led to the first two runs scoring in the second.

Phillies' first baseman Tommy Joseph hit a two-run home run to left-center in the third, but that was the last hit off Strasburg, who struck out seven of the next fourteen as the Nationals rallied to tie it up in the the fourth, then took the lead, scoring two in the third, fourth, fifth and seventh innings, with one run scoring in the sixth.

Philadelphia added two in the eighth, on another two-run home run by Joseph, who took Felipe Rivero deep, but the Nats' lefty limited the damage and Jonathan Papelbon earned his 16th save of the season with a scoreless ninth.

Strasburg improved to (W, 10-0) this season and reached double digits in Ks for the 28th time, passing Pedro Martinez (27) on the Expos/Nationals franchise list for the most 10+ strikeout games.

The win was Strasburg's thirteenth straight, going back to September 9, 2015, when he lost to the New York Mets.

His thirteen-game win streak was tied with Washington Senators' starters Stan Coveleski (5/9-7/26/1925) and "The Big Train", Walter Johnson, who won thirteen-straight between July 15th and September 22nd in 1925 for the third-longest win streak in D.C. baseball history, behind only Johnson and right-hander General Crowder, who won 16-straight in the 1912 and 1932-33 seasons, respectively.

Citing information provided by ESPN Stats & Information, ESPN's Eddie Matz noted last night that the 10-0 start for the Nationals' '09 No.1 overall pick was the first by a National League pitcher to begin a season since Astros' reliever Juan Agosto went 10-0 to start 1988 campaign.

"He does his job, you don't even know he's around, he doesn't talk that much, but you can tell how determined he is to be one of the class guys in this league and in baseball." -Dusty Baker on Stephen Strasburg

Dusty Baker was in his next-to-last season as a major leaguer that season in '85.

He was asked Friday night what he thought about Strasburg's start this season and how long it might last?

"There's no sense in thinking about the end, you just keep it going."

"[Strasburg] goes out there and he works hard, he does his job, you don't even know he's around, he doesn't talk that much, but you can tell how determined he is to be one of the class guys in this league and in baseball."

Strasburg was asked what changed for him after he struggled early and then settled in against the Phillies.

"Nothing really," he said. "I just kept focusing on execution and I think it just got better as the game went on." 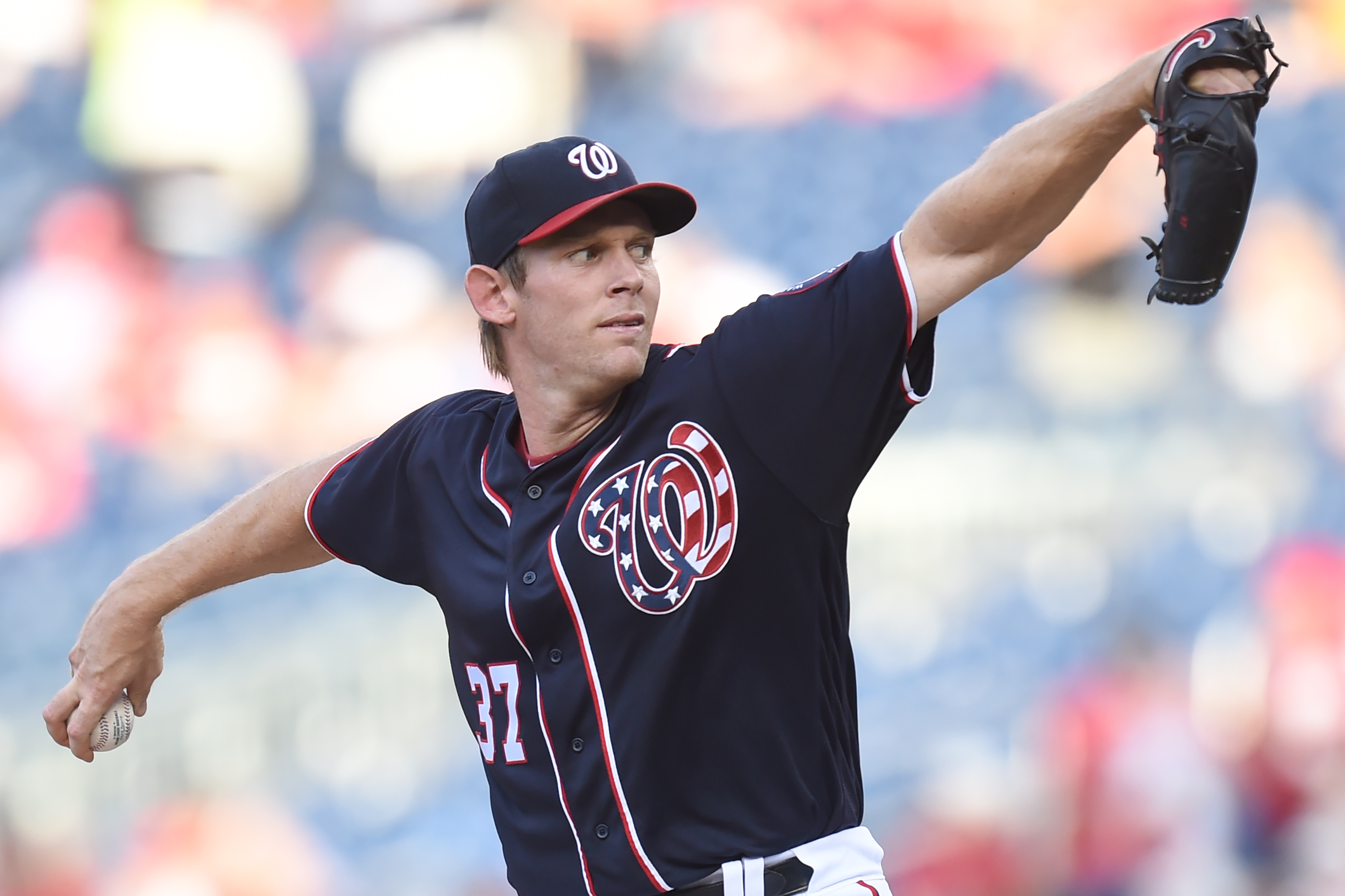 "He got very determined not to give up any more" Baker said, "and we gave him some run support, which always helps, big time."

"That's great," Strasburg said when told the last starter to do it did so three years before he was born.

"I think there are other guys in the rotation who have pitched well enough to win, but it's just about trying to go out there and do your job and they've been swinging the bat great for me.

"I'm going to continue to try to keep it close for them."

We talked about Strasburg's outing, the Nationals' home runs and more on last night's edition of Nats Nightly: