Washington Nationals Rumors: Are the Nats in the market for back-end bullpen help?

More than one writer out there is hearing things about the Washington Nationals' interest in adding to their relief corps. GM Mike Rizzo addressed the rumors in a recent interview with 106.7 the FAN In D.C.'s The Sports Junkies.

Share All sharing options for: Washington Nationals Rumors: Are the Nats in the market for back-end bullpen help?

In a recent article on the Washington Nationals' interest in adding arms to the back end of their bullpen, MLB.com's Bill Ladson wrote that as the non-waiver deadline approaches (on August 1st this season), the Nats, "will look to get better by trying to acquire bullpen help."

"As one baseball source put it," he wrote, "'Bullpen help is the top priority before the deadline.'"

"We’re always looking for upgrades in the bullpen, and the rotation, and the starting lineup. We never stop looking." -Mike Rizzo on rumors on 106.7 the FAN in D.C.

Ladson noted that though the Nationals were not close to making any sort of deal at the time, "they are hoping [New York] Yankees relievers Andrew Miller and Aroldis Chapman are available before the deadline."

While, "[Jonathan] Papelbon is still the Nationals' closer," he added, the source he spoke to said, "they feel they can do better."

Ladson isn't the only one who is hearing such things.

In his latest Full Count video on Saturday, FOXSports.com's Ken Rosenthal said that Washington is, in fact, interested in a bullpen upgrade.

"The Nationals' priority is adding an impact reliever such as Aroldis Chapman or Andrew Miller," Rosenthal said.

"The Yankees though, might not make either of those pitchers available and the Nats might not be willing to pay the acquisition cost for a late-inning force anyway.

"Their bullpen actually is performing quite well and they've got two prospects at Double-A who represent possible internal help.

"The first is Reynaldo Lopez who throws 97-98 as a starter, the other is Koda Glover, an 8th round pick out of Oklahoma State just last year who also throws in the mid-to-upper 90s."

"It is the number one bullpen in the league, so you can’t do much better than that. We’re trying to -- we put our best 25 on the field and get after it." -Mike Rizzo on rumors of interest in bullpen help

Without mentioning any of the potential internal options that could help out in the bullpen, Nationals' GM Mike Rizzo discussed the rumors of interest in relief help in an interview with 106.7 the FAN in D.C.'s The Sports Junkies last week.

"We’re always looking for upgrades in the bullpen, and the rotation, and the starting lineup," Rizzo said, when asked specifically about Ladson's report on the rumors of interest in Chapman and Miller, in particular.

"We never stop looking. So whenever a reporter says that, you can’t say, ‘No, you’re wrong.’ We’re not actively looking at any specific player. We certainly haven’t touched base with the Yankees about the two players that he mentioned in the article. And we are happy and satisfied with Jonathan Papelbon as our closer."

"Believe me, teammates have trust in Jonathan Papelbon," Rizzo went on.

"Because, you've heard me say, it’s a results-orientated business, and his results are as good as anybody’s. His save percentage is as good as anybody’s in the game, in the league, for his career and the last two or three years and including this year. So we feel pretty good about him. We like our bullpen.

"It is the number one bullpen in the league, so you can’t do much better than that. We’re trying to -- we put our best 25 on the field and get after it. But again, you never stop looking for additional talent and to upgrade your club. 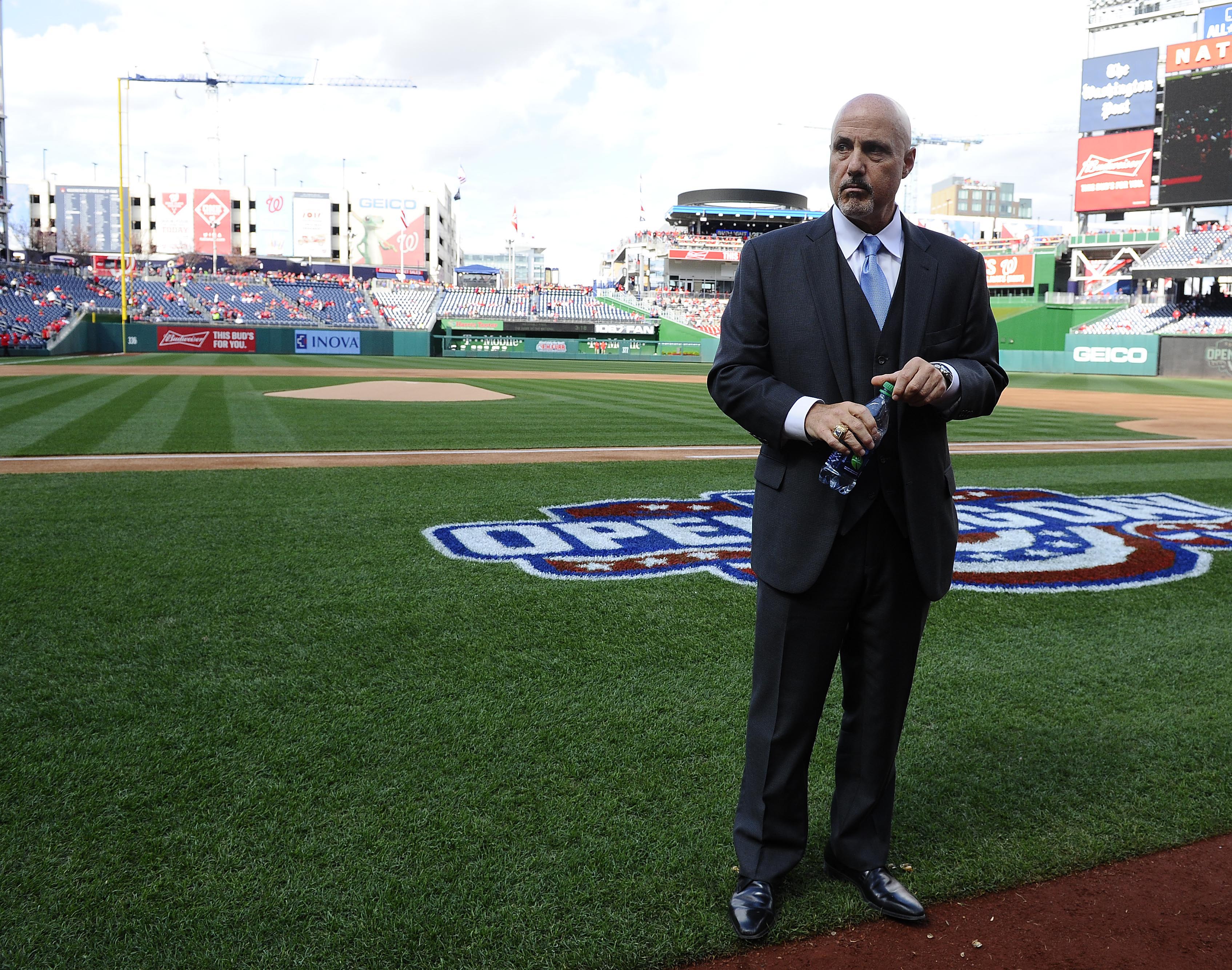 "It often makes me chuckle a little bit, because yeah, you could say that -- of course we’re looking, we’re always looking. We wouldn’t be doing our job if we didn’t."

Will they look to add an arm before the non-waiver deadline? Promote from within? Will Jonathan Papelbon remain the Nationals' closer throughout the season?