Nationals' lineup for the second of three with the Cubs in D.C. + Dusty Baker on Bryce Harper

Washington Nationals' manager Dusty Baker isn't going to change his lineup again, no matter what Joe Maddon and the Chicago Cubs do... at some point Ryan Zimmerman will make them pay. At some point...

Share All sharing options for: Nationals' lineup for the second of three with the Cubs in D.C. + Dusty Baker on Bryce Harper

Before the start of this week's three-game with the Chicago Cubs in the nation's capital, Washington Nationals' skipper Dusty Baker acknowledged that the Cubs' decision to work around defending NL MVP Bryce Harper in the four-game series in Wrigley Field in May led to his decision to switch things up in his everyday lineup.

As the Nationals were wrapping up their three-game sweep of the Phillies this past weekend, Baker was asked if he thought the Cubs would do the same thing this time around now that the 23-year-old slugger is beginning to heat up again.

"I haven’t really thought about it," Baker said, as quoted by MASN's Mark Zuckerman.

"I’m thinking about the Phillies now. And then tomorrow I probably still won’t think about it. Because thanks to the Cubs, they’re the ones that changed my lineup."

Harper was struggling heading into the series with the Cubs, and his struggles continued afterwards, as he went 8 for 41 (.195/.426/.293) with a double and a home run, 18 walks and nine strikeouts in the fifteen games and 61 PAs that followed the series against Chicago.

"That kind of started Bryce’s fall at the time," Baker said. "It kind of played with his patience, and now he’s getting it back. He’s swinging better."

Over the last fifteen games and 62 plate appearances, including last night's game the Cubs in D.C., Harper has put up a .286/.339/.429 line with two doubles, two home runs, four walks and nine Ks.

So, Baker was asked, how did he handle the slump? And is Harper through the low point of his struggles?

"I don't know if he's through the low point or not. I really don't know," Baker said.

"I think he handled it well. He only snapped a couple times where he used to snap all the time.

"Once you've been in something, then you're supposed to learn from that and see the signs before you get back in that deep rut again. I don't know if he's through with this or not, I mean, nobody knows.

When the Cubs were walking Harper in Wrigley Field, they gave Ryan Zimmerman opportunity after opportunity to make them pay for it.

Zimmerman went 2 for 19 in the series, with 14 left on base in the finale of the four-game set in Chicago.

Last night, in the first game of three with the Cubs, Daniel Murphy, who flipped spots with Zimmerman, moving from fifth to fourth behind Harper a few games after the series in Wrigley, came up with two on and two out in the fifth.

Cubs' starter Kyle Hendricks walked Murphy to load the bases in front of Zimmerman, who struck out on three pitches. 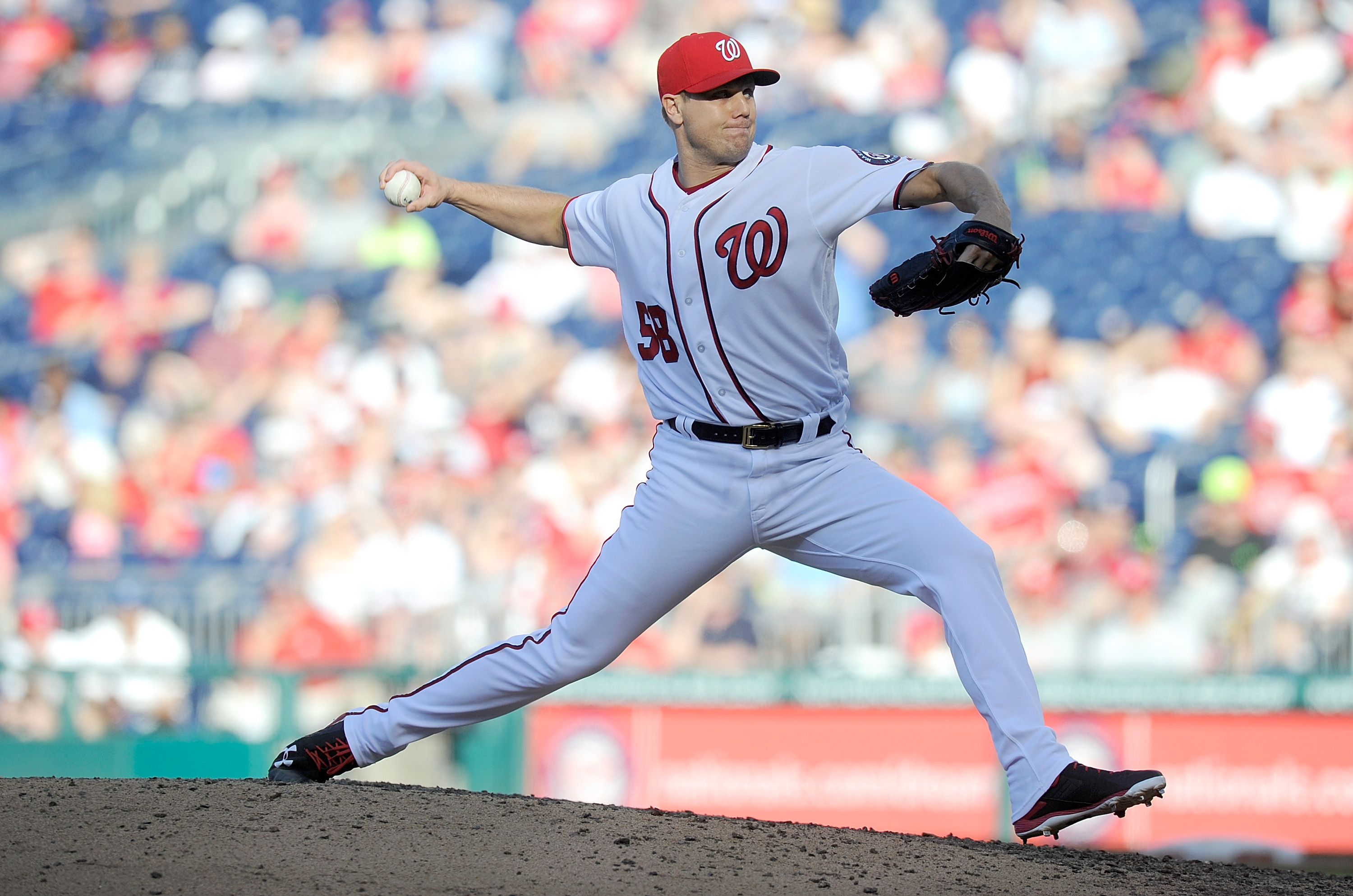 So now they're walking Murphy to get to Zimmerman?

"Because of the Cubs I changed my lineup the first time. I'm not going to change it any time soon just because of tonight," Baker said.

"Zim has been a run-producer for a long, long time," he continued. "In that situation, probably, Zim is trying a little harder than necessary. You keep doing that, you can count on it.

"He's a streak hitter and you keep doing that then somebody is going to pay sooner or later."

Here's Dusty Baker's lineup for the second game of thee with the Cubs in Nationals Park: