Dusty Baker is a storyteller. Baker has a long history in the game and the Washington Nationals' skipper is willing to use it to make or illustrate a point. Here's Baker on Hank Aaron, Pete Rose and Sadaharu Oh.

Drafted by Atlanta in the 26th Round of the 1967 Draft, Dusty Baker played eight seasons with the Braves and 19 total in the majors before he started coaching and began his second career in the game.

Twenty-one seasons in as a major league manager, Baker has seen some things. He's got stories, and he's willing to share them, which he does on an almost-daily basis, dipping into his personal history with some of the all-time greats to explain his thinking or offer anecdotes or explanations for what's going on with his team.

"A lot of times if you're not locating well or you're hanging a pitch is when you're trying too hard. Hank Aaron always told me the most dangerous pitcher was a relaxed pitcher." -Dusty Baker on Nats' closer Jonathan Papelbon vs the Phillies

Take, for example, Baker's explanation for why now-DL'd Nationals' closer Jonathan Papelbon has struggled against his former team, the Philadelphia Phillies.

"You don't know if that's psychological on his part or their part, you know?" Baker said, but, "if you take away the Philly games, he's almost been unflappable."

"A lot of times if you're not locating well or you're hanging a pitch is when you're trying too hard," Baker continued.

"Hank Aaron always told me the most dangerous pitcher was a relaxed pitcher. Because -- he'd go up there first and he'd get all these hangers and nothing sinkers and I'd get up there and he said, 'They're not afraid of you and the damage is done.'

"They wanted to throw him that hecka-slider and it just spins and the hecka-sinker and it just runs. And so maybe [Papelbon] is just not relaxed against his former team, according to the Hank Aaron Theory."

Baker was asked earlier this week about the fact that the Nationals, as a team, have one of the lowest swinging strike percentages this season (8.9% SwStr%), which is the second-lowest SwStr% in the National League, behind only the San Francisco Giants (8.5%).

Last year, the Nats had the fifth highest swinging strike percentage in the NL, at 10.4%.

"What if everybody could foul off four or five pitches? That pitcher would be out of there in no time." -Dusty Baker on fouling off pitches to run up a pitcher's pitch count

They addressed that issue, adding two contact bats in Daniel Murphy and Ben Revere, but, Baker was asked, is there something about the Nats' approach at the plate this season that has made a difference? Is it just personnel? Is it more about a better two-strike approach?

"Most of the time that stat comes into play prior to two-strike counts, or else you would never strike out," Baker said.

"I think fouling off pitches wears a pitcher out more than walks. Walks are a psychological thing, is he losing it or is that a plus for us, but what if everybody could foul off four or five pitches? That pitcher would be out of there in no time. And so, the ability to fight through at bats and the ability to sheer -- half of the at bats are about sheer determination, that's what it's about.

Did he answer the question? Hmmm... but it was a good Pete Rose story.

He dropped an even better name into the discussion after the series finale with the Chicago Cubs, when he was asked about how the game plays out for him these days as he watches from the dugout?

"It's pretty slow for me," Baker said. "I try to slow things down and I try not to get caught up in the emotion of what's going on. That's why I wasn't real, real happy when [Stephen] Drew hit the home run. 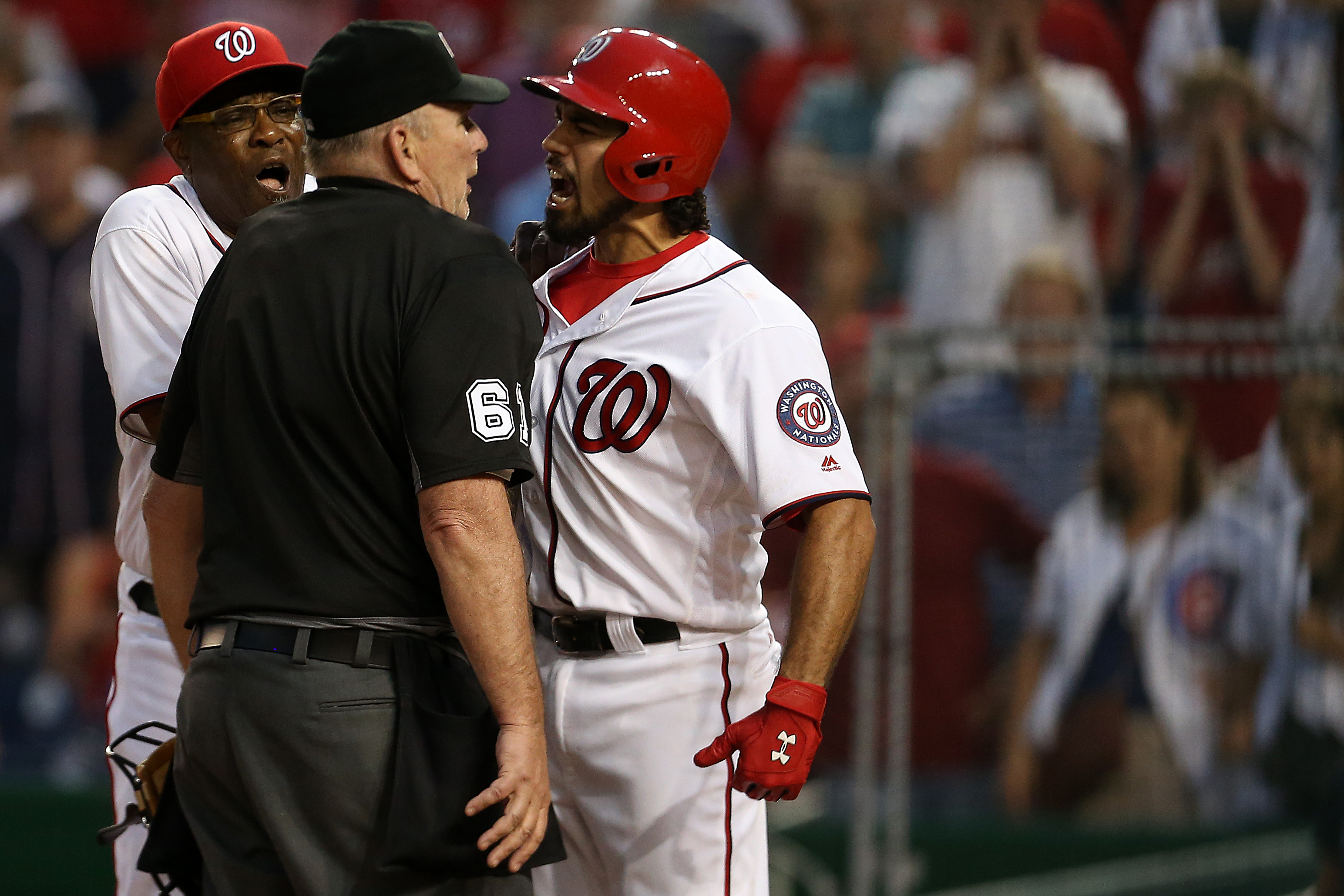 But Baker admitted, after the twelve-inning, see-sawing win over the Cubs, "I was sweating, I'm not going to lie."