Bryce Harper went 2 for 4 with a two-run home run and an RBI single in the Washington Nationals' 8-5 win over the San Diego Padres in the series opener in Petco Park. "I had heard that this was where Bryce kind of took off last year," Dusty Baker said.

San Diego Padres' right-hander Erik Johnson was pounding Bryce Harper low and away in the third, and Harper finally went out for one that came in up high outside and sent it out to left for a two-run, opposite field home run that put the Nationals up 3-2 in what ended up a 8-5 win in the series opener in Petco Park.

It was Harper's 14th home run of the season, his first in 13 games in June and his first since May 28th against St. Louis, a span of 60 plate appearances.

"I don't know if he's through the low point or not. I really don't know. I think he handled it well. He only snapped a couple times..." -Dusty Baker on Bryce Harper's recent struggles

There have, however, been positive signs for Harper at the plate in recent weeks, if not the power fans in the nation's capital have come to expect.

Nats' skipper Dusty Baker was asked earlier this week if he thought the 23-year-old slugger was through the worst or past the low point of his slump. Baker said he wasn't sure.

"I don't know if he's through the low point or not. I really don't know," Baker told reporters, but he said he thought the defending NL MVP had dealt with the adversity and would learn from it..

"I think he handled it well. He only snapped a couple times where he used to snap all the time," Baker said.

"Once you've been in something, then you're supposed to learn from that and see the signs before you get back in that deep rut again. I don't know if he's through with this or not, I mean, nobody knows."

Harper went 2 for 4 with a walk on Thursday, homering in the third inning and driving in the eighth run of the game in the ninth.

"It was nice to see him hit one to the opposite field. That's more important than pulling the ball nine miles on this side." -Dusty Baker on Nationals' slugger Bryce Harper

Baker said he was happy to see Harper have a good night at the plate in Petco.

"It was nice to see him hit one to the opposite field," Baker said.

"That's more important than pulling the ball nine miles on this side. That means you're staying on the ball and that means you're letting your natural ability come through versus forcing it.

"Sometimes we force things and that makes it worse and then it compounds. So, that was nice and then it was nice to see him get a blooper, because they had been catching all his balls.

"I had heard that this was where Bryce kind of took off last year. That's what the guys on the team were telling me. So maybe he needed some San Diego and some Cali air."

Noting his numbers in the Padres' home, MASN's Dan Kolko asked Harper if he liked hitting in Petco?

"I do. The lights are great. So it's a lot of fun," Harper said. His opposite field home run was another good sign he's seeing it well again. 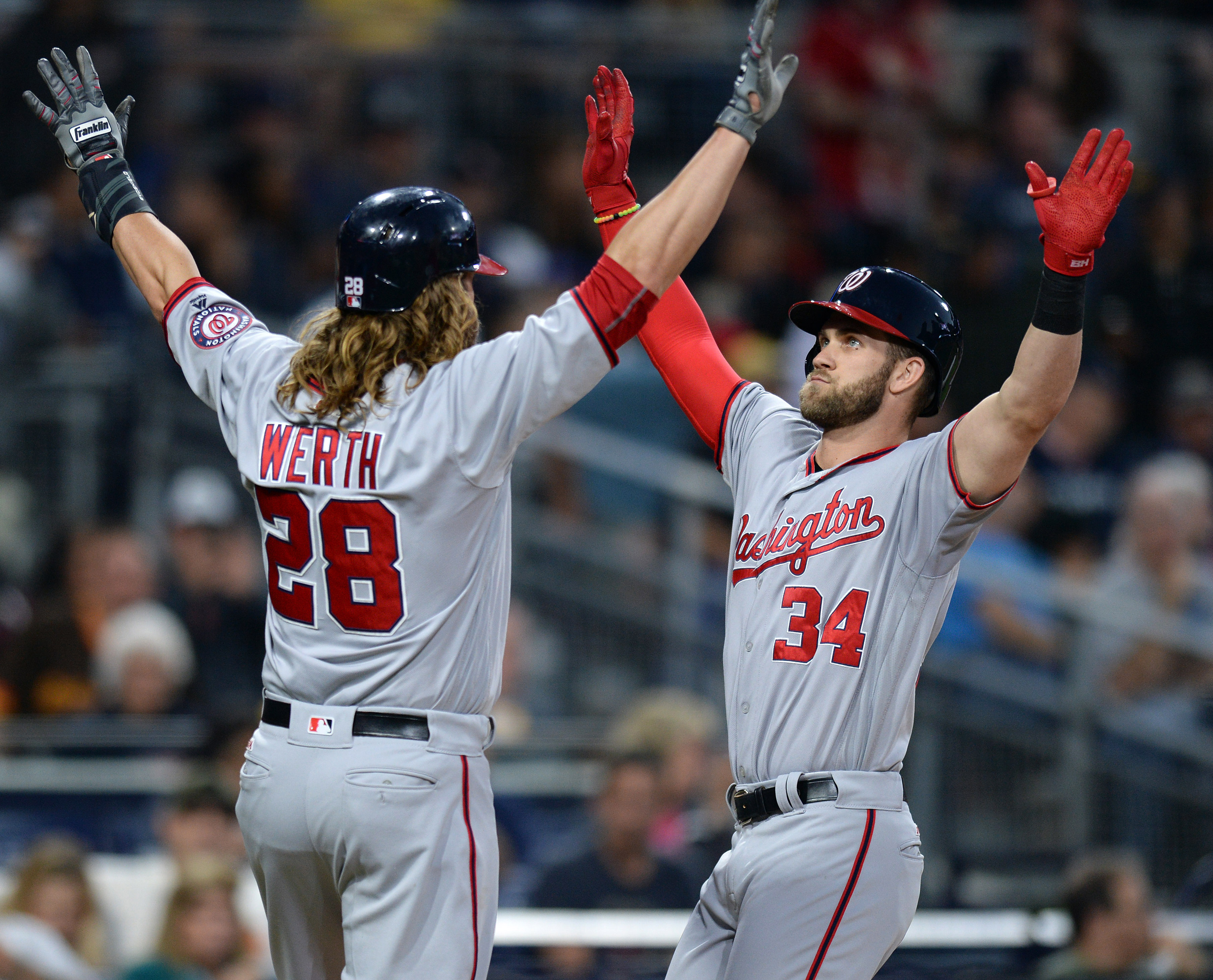 "Like I've been saying, I've been feeling really, really good up there, and just trying to get some pitches I can drive and not miss them," Harper explained.