Washington Nationals reliever Felipe Rivero took the mound in the eighth with a 3-1 lead and gave up three hits, two walks and eventually was charged with six runs, five earned in what ended up a 7-3 loss to the San Diego Padres.

Felipe Rivero is lost. He's allowed runs in five of his last seven outings. Rivero, 24, took the mound on Saturday night in San Diego with a 5.34 ERA and a 3.62 FIP on the year, and completely imploded. A 3-1 lead had turned into a four-run deficit as the Padres rallied to score six runs, five earned, with the left-handed reliever allowing three hits and two walks while committing an error on what should been a sure-thing double play.

When he was done for the night, having thrown 17 pitches without recording an out, Rivero had a 6.82 ERA and a 3.82 FIP on the year and a lot of questions surrounding what the future holds for him.

"He's having little internal struggles on why he's not doing better, which we all have at some point in time." -Dusty Baker on Nationals' reliever Felipe Rivero

In his previous outing, in the series opener with the Padres, Rivero threw a scoreless eighth on eight pitches, working around a leadoff walk with a swinging K and a double play.

He came back out for the ninth, however, and gave up a leadoff single and one-out ground-rule double before he was lifted in favor of Shawn Kelley, who gave up a sac fly that allowed one of the two inherited runners to score before he recorded the final out.

"Felipe threw the ball excellent in the eighth inning and then in the ninth he got in trouble," Dusty Baker told reporters after the win that night.

"He's having little internal struggles on why he's not doing better, which we all have at some point in time."

It moved beyond Rivero's perplexing splits against left-handed hitters on Saturday night.

Alexei Ramirez sent a sharp grounder to left for a leadoff single, then Alexi Amarista sent a fly to center that fell in in front of Michael Taylor.

A walk to Jon Jay loaded the bases and another line drive to center, by Wil Myers, fell in front of a diving Taylor, allowing two runs to score, 3-3.

"He's in a bad state right now where nothing is really going his way..." -Dusty Baker on Felipe Rivero's struggles

Rivero walked Matt Kemp intentionally to set up a potential double play and Brett Wallace grounded back to the mound for what should have been an easy 1-2-3, but Rivero bobbled it, failed to get a grip and threw it by catcher Wilson Ramos at home, allowing the go-ahead run to score, 4-3.

Blake Treinen took over on the mound and walked the first batter he faced to force in a run, and a two-run single that made it 7-3.

"They hit a couple bloopers and they hit one ball decent on the ground, Alexei hit it, and then they blooped him and we had a chance to get out of that on that come-backer to him, and he threw it wildly to the plate," Baker said.

'He had a perfect man up for the double play, and that's what we were hoping -- that he'd hit it back to Felipe and then home-to-first double play and we were going to another reliever and then we had the walk by Treinen and then they blooped him again and that was the whole inning."

"He's in a bad state right now where nothing is really going his way," Baker added. Rivero reportedly declined to speak to reporters after the game. 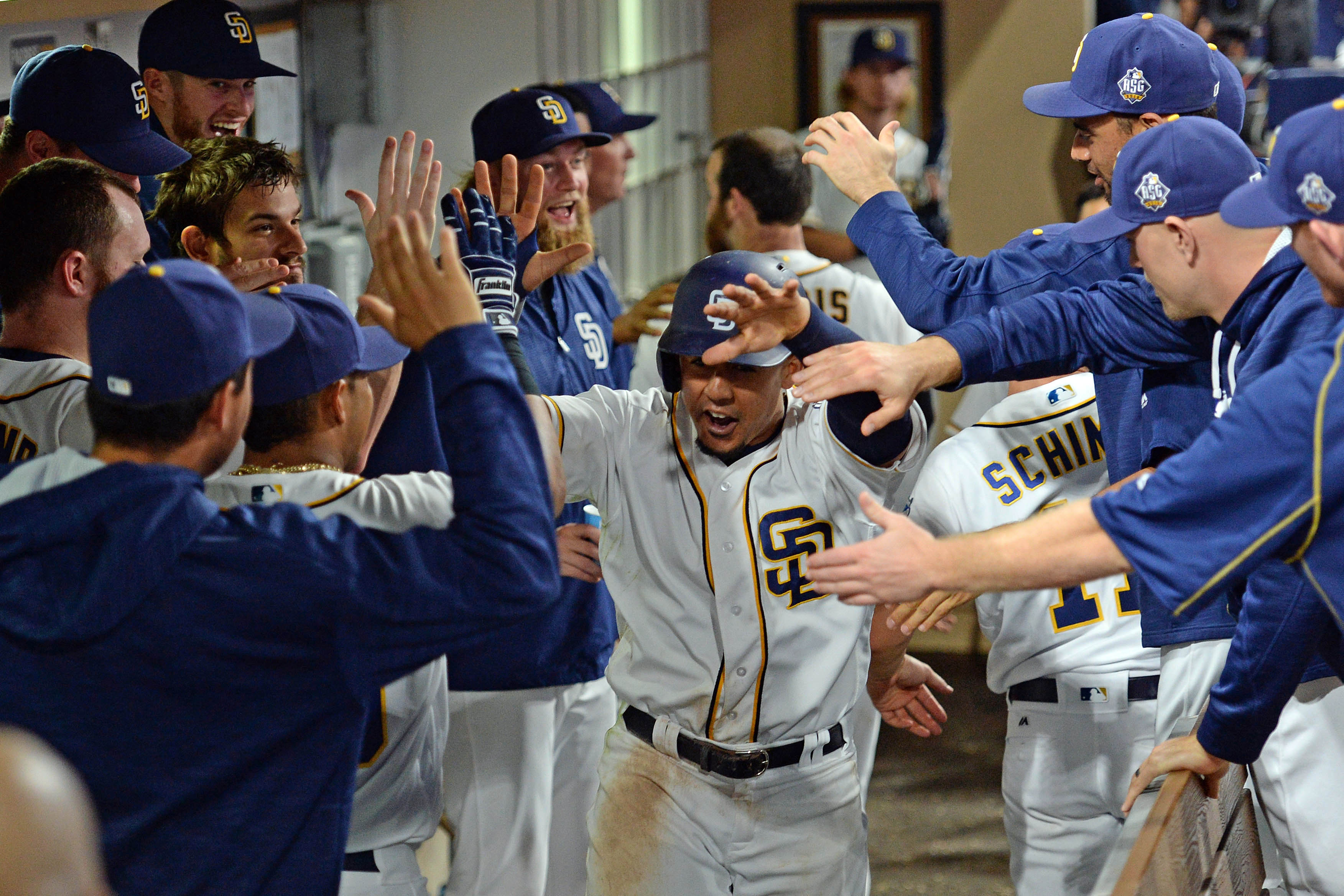 "Yeah, when things are going poorly for you, bloopers happen, Michael almost caught the first one, almost caught the second one and then the comebacker he threw wildly, and so we've just got to figure it out because we certainly need Felipe."

So what do they do to get Rivero straight?

"We've all been talking to him and trying to put him in a positive state of mind. If I knew what to do then I'd bottle it and he wouldn't have gone this far. So we've got to just give him some support and give him some love, basically, and say, 'Hey, man, we're with you,' and then the rest is up to him."

• We talked about Rivero's rough night; Max Scherzer's start, Mike Maddux and more on the latest edition of Nats Nightly after the game: