Dusty Baker was impressed with Max Scherzer's work on the mound in Citizens Bank Park and the the power on display when Wilson Ramos hit a three-run home run to right in what ended up a 7-2 win over the Philadelphia Phillies.

Share All sharing options for: Max Scherzer and Wilson Ramos lead Nationals to sweep of the Phillies in CBP

In the end he couldn't avoid giving up yet another home run, his major league-leading 16th home run allowed, and he was facing a clearly-overmatched Philadelphia Phillies' lineup, but Max Scherzer did manage to strike out 11 last night while looking more like the pitcher we've come to expect over his first season-plus with Washington.

The two runs that scored on Tyler Goeddel's seventh-inning blast were the only two Scherzer allowed, with the walk he issued in the at bat that preceded the home run compounding the damage.

It was one of two walks the 31-year-old starter allowed in what ended up being an eight-inning, 111-pitch outing in the Nationals' 7-2 win.

"[Wilson Ramos] was back there calling a good game and just kind of got some rhythm with him and was able to get into the flow of the game and obviously our offense came alive and [Ramos] with the big three-run bomb really put it out of reach for them."

The three-run, opposite field home run by Ramos was part of a four-run sixth that turned a 2-0 lead into a commanding 6-0 advantage. It was third hit of three for the Nationals' backstop in four at bats against the Phillies.

Dusty Baker told reporters he was impressed, but not surprised, by the power on display as Ramos hit a hanging 1-0 curve from Adam Morgan 374 feet to right.

"He's not called the 'Buffalo' for nothing," Baker said. "I've never seen a skinny buffalo, unless he's real sick, so it's not surprising. This guy's strong." -Dusty Baker on Wilson Ramos, 3-run blast in CBP

"He's not called the 'Buffalo' for nothing," Baker said. "I've never seen a skinny buffalo, unless he's real sick, so it's not surprising. This guy's strong. We give him enough rest, we think, to keep him strong.

"This is a ballpark where I saw Jayson Werth go out of the opposite field against us many, many, many times. [Ramos] is quietly having an outstanding year and he's just going about his business."

Baker liked what he saw from his starter too, and he was confident enough in Scherzer's self-evaluation to send him back out for the eighth inning at 96 pitches.

Overall on the night, Scherzer had it going good, Baker told reporters.

"Yeah he did," Baker said. "Other than the one home run pitch, which has been haunting him as of late. We were going to take him out in the seventh and he says, 'No, I'm good. I'm good for one more.' And, I mean, he knows his body, he knows what his arm feels like. And he was good for one more."

Scherzer was asked if it was about pitch count, feel, or how it was he determined he was good for another inning of work?

"It's everything," he said. "I know I'm on seven days for this next time. I know how I feel. I have everything at play.

Nationals 7-2 over Phillies for sweep in CBP 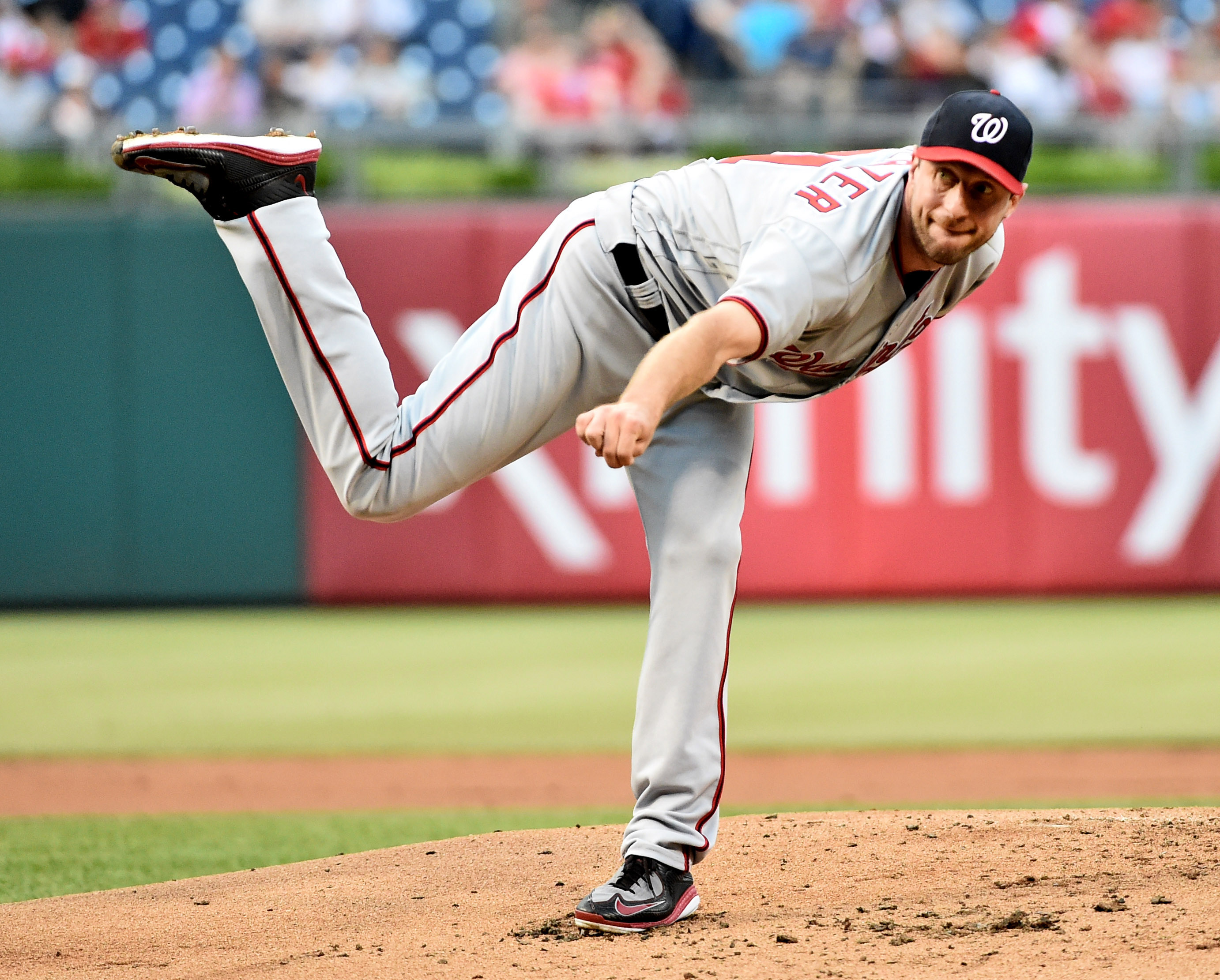 The Phillies threatened in the ninth, with Nationals' reliever Blake Treinen giving up a leadoff single and a two-out walk before Oliver Perez came on retire Ryan Howard and end it, giving the Nationals a sweep of the three-game set.

"Got a little hairy in the ninth there," Baker said, "which it always does in some kind of way -- I don't know, but it's always hard to take that last breath out of the opposition. They're always going to make one more run, usually in the seventh, eighth and ninth and today it was in the ninth, but now off to Cincinnati."

We talked about the Nationals' win, Scherzer's outing and more on last night's edition of Nats Nightly: