Washington Nationals' slugger Bryce Harper was 0 for 3 with three strikeouts against Clayton Kershaw last night in LA, leaving him 1 for 15 with 10 Ks vs the Dodgers' left-hander in their respective careers. "Kershaw, he's a nasty man," Dusty Baker said.

Harper went 61 plate appearances between his fourth home run in June (his 13th on the year) and No. 14 on the season, which he sent out to left field in Petco Park in the first game of the Nationals' four-game set in San Diego.

Two of his 14 hits over that homer-less stretch were doubles, the rest were singles.

When he hit that 14th homer off Padres' right-hander Erik Johnson, Nationals' manager Dusty Baker talked to reporters about the positive signs he was seeing from the defending NL MVP, who went 2 for 4 in the series opener.

"It was nice to see him hit one to the opposite field," Baker said.

"That's more important than pulling the ball nine miles on this side. That means you're staying on the ball and that means you're letting your natural ability come through versus forcing it.

"Sometimes we force things and that makes it worse and then it compounds. So, that was nice and then it was nice to see him get a blooper, because they had been catching all his balls. I had heard that this was where Bryce kind of took off last year. That's what the guys on the team were telling me. So maybe he needed some San Diego and some Cali air."

"Bryce is 23 years old, there are some guys out there a whole lot older than Bryce having trouble against Kershaw. Kershaw, he's a nasty man." -Dusty Baker on Bryce Harper's "struggles" vs Clayton Kershaw

Last night in LA, Harper went 0 for 3 with three Ks against Los Angeles Dodgers' lefty Clayton Kershaw before he sent a swinging bunt toward third for a two-out single off Joe Blanton in his final at bat.

Baker was asked after the game why Harper, who was left 1 for 15 with a home run and 10 Ks vs Kershaw, has so much trouble with the southpaw?

"Oh, come on, man," Baker said. "Everybody's got difficulty with Kershaw. Especially left-handers. This guy is one of the premier pitchers in the game. Bryce is 23 years old, there are some guys out there a whole lot older than Bryce having trouble against Kershaw. Kershaw, he's a nasty man. He doesn't have a 1.58 ERA for nothing.

"This guy doesn't give up much and they like playing behind him and I don't blame them."

Washington didn't put a runner in scoring position against Kershaw until the sixth last night in Los Angeles, but Michael A. Taylor, who doubled, was stranded.

Nats' catcher Wilson Ramos singled with Ryan Zimmerman on first with one down in the seventh and Anthony Rendon drove Zimmerman in for the only run Kershaw allowed on the night, but Danny Espinosa lined out to left field and pinch hitter Chris Heisey sent a fly to left to strand the potential tying runs. 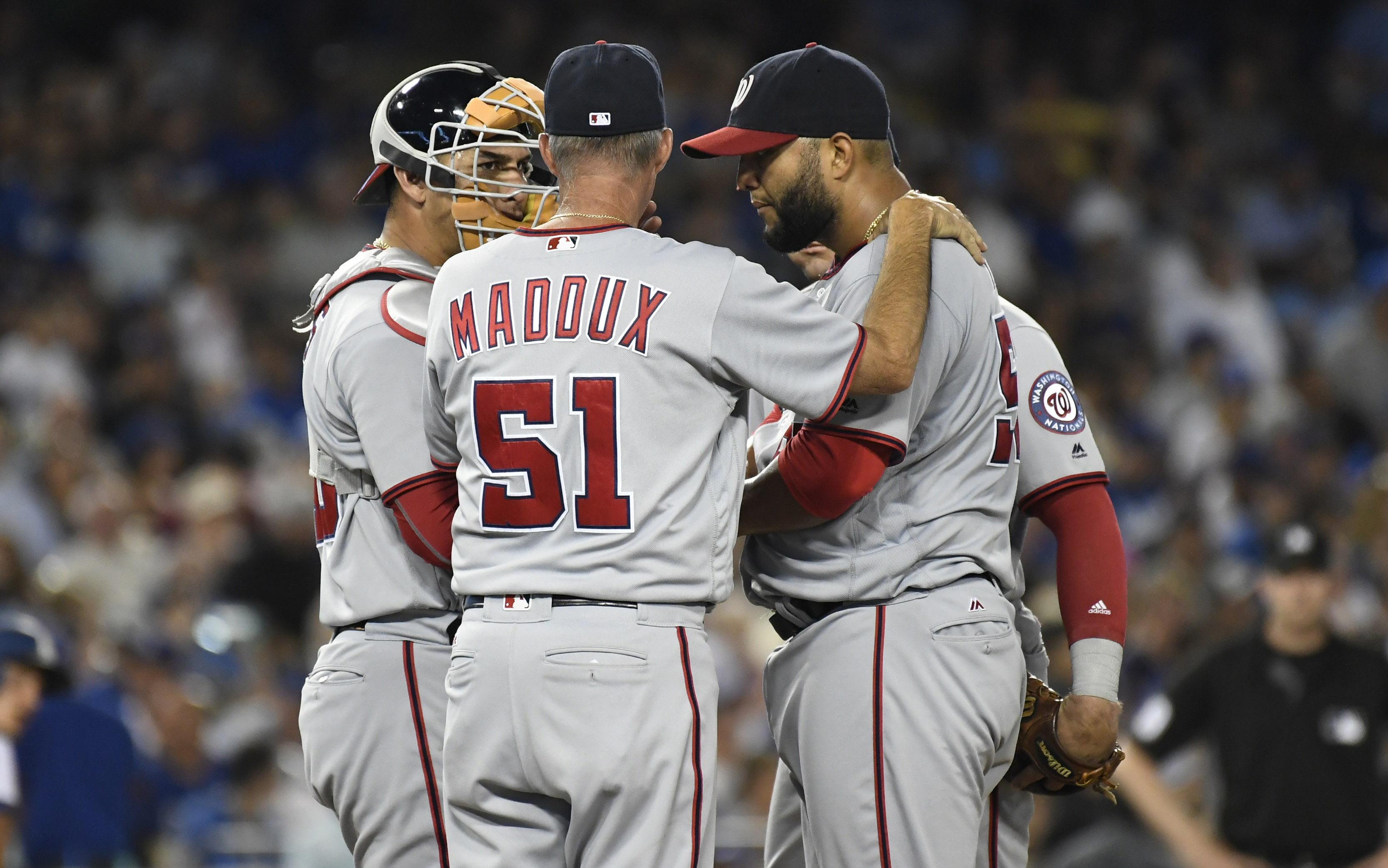 "That's all you can do," Baker said about creating opportunities against Kershaw.

"But Kershaw, he knows how to pitch himself out of trouble. He's not in trouble very often, which is indicative of this game. And so, he's not impossible to hit, but he's the best."