Nats' skipper Dusty Baker on Ryan Zimmerman, the Nationals with RISP and more...

Share All sharing options for: Nats' skipper Dusty Baker on Ryan Zimmerman, the Nationals with RISP and more...

Dusty Baker told reporters after Ryan Zimmerman's 4 for 4, two home run game against the St. Louis Cardinals last month that he hoped it was a sign of things to come for the 31-year-old first baseman.

"We did have a lot of opportunities early, but like I said, we didn't capitalize on them." -Duty Baker on Nationals going 1 for 10 with RISP

Zimmerman doubled in his second at bat against Dodgers' lefty Scott Kazmir, sending a line drive to left-center, but in a key plate appearance in the fifth, after Kazmir walked Daniel Murphy to load the bases in front of Zimmerman, he went down swinging at a 1-2 pitch that was out of the zone.

"Usually he's awesome," Baker said when asked about that bases-loaded at bat. "I mean the guy is hitting .400 for his career with the bases loaded, his track record says that he's one of the best there is around."

"I was taught you jump on them early in the count, because they're trying to get ahead of you." -Dusty Baker on Nationals falling behind in counts

Last night in LA, Zimmerman took two pitches for strikes to start the at bat. Baker was asked if a more aggressive approach early in the count might have made a difference.

"Well, yeah, it's tough to hit with two strikes," he said.

Zimmerman wasn't the only one who struggled to come through with runners in scoring position last night.

As a team, the Nationals were 1 for 10 with 10 left on base in what ended up a one-run loss. The two runs the Nats did score in the 3-2 loss came on solo home runs by Bryce Harper and Danny Espinosa. 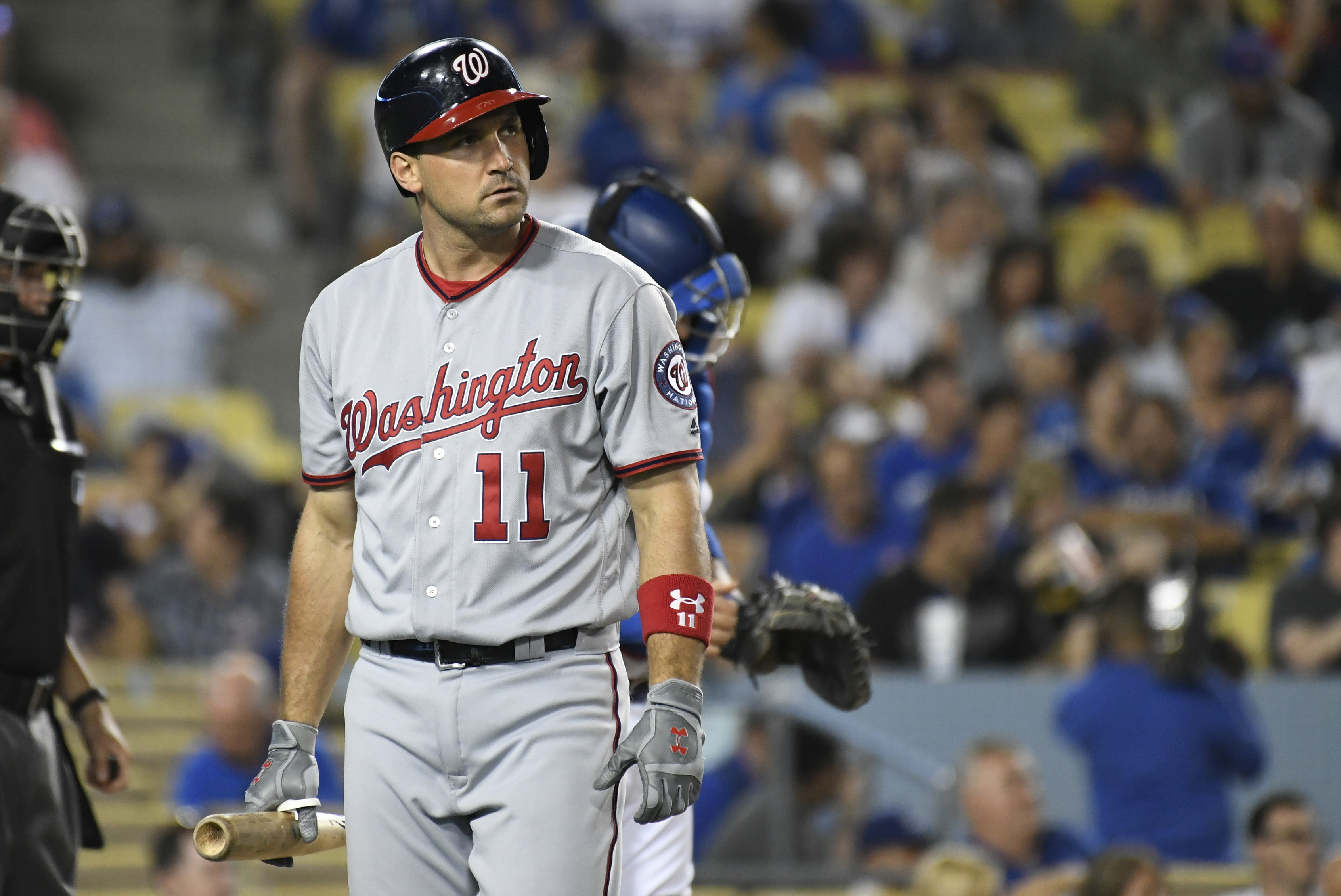 "We did have a lot of opportunities early, but like I said, we didn't capitalize on them," Baker told reporters.

Asked if there was any adjustment the Nationals could make, Baker said attacking pitchers early in the count was a good approach.

"I was taught you jump on them early in the count, because they're trying to get ahead of you. And a lot of time that's going to be the first pitch to hit. We've just got to be more aggressive early in the count."