After dropping five straight, two in San Diego and three in L.A., the Washington Nationals have a 4.0-game lead in the NL East. "Nobody said it was going to be easy," Dusty Baker told reporters after Wednesday night's loss.

Share All sharing options for: Nationals try to stop five-game slide in series opener with Brewers...

With losses in five straight and six of the last ten, the 43-30 Washington Nationals arrived in Milwaukee on Thursday with a 4.0 game lead in the NL East as the All-Star Break approaches.

That's down from the 5.5 game lead they had in the NL East before they dropped three in a row in LA, of course, but Nats' skipper Dusty Baker told reporters on Wednesday night that he thought his team would bounce back after the disappointing start to their eleven-game, three-city road trip.

"I don't really look at the standings at this time of the year very often, but I think you have to worry about yourself..." -Mike Rizzo on scoreboard watching at this time of year

"They're very resilient," Baker said. "I mean, very resilient. And this is a test. Nobody said it was going to be easy. That's why you try to build as many games above .500 as you can.

"It really helps I think that we've got an off day [Thursday] and start all over again, because this is a very tough stretch. I told you when we left home that this West Coast trip has historically been tough on teams."

Before the Nationals' loss in the series finale with the Dodgers on Wednesday night, when they still had a 4.5 game lead in the division, GM Mike Rizzo talked to 106.7 the FAN in D.C.'s The Sports Junkies about where Washington found itself after seventy-two games.

"It's better than the alternative," Rizzo said of the 4.5-game lead, "so we'll take it. I don't really look at the standings at this time of the year very often, but I think you have to worry about yourself and we're playing pretty good baseball right now, we just need to be a little bit more consistent.

"You're in the race from the time the season starts, it just doesn't seem like a race in the beginning..." -Dusty Baker on scoreboard watching

Although we've had a few injuries in our own right, we've been fairly healthy, the Mets have been banged up, so I think that is something that we have to take advantage or and try to get a little distance between us and the rest of the division going into the All-Star Break and we'll take our chances in the second half."

While Rizzo isn't scoreboard watching at this point, Baker told reporters during the last homestand that he's always keeping an eye on the competition for a variety or reasons.

"I pay attention every day from the time the season starts. I've got a pretty good idea what the Mets are doing, I've got an idea who's pitching today for this team or that team, it's interesting. Or who's hot around the league, who's not.

"I pay attention, because games you win now you don't have to win later. You use it as kind of a motivator, like, "Hey boys, so-and-so lost today,' or, 'Hey, boys, so and so won, we've got to go.'

Time for the Nationals to promote a new leadoff hitter 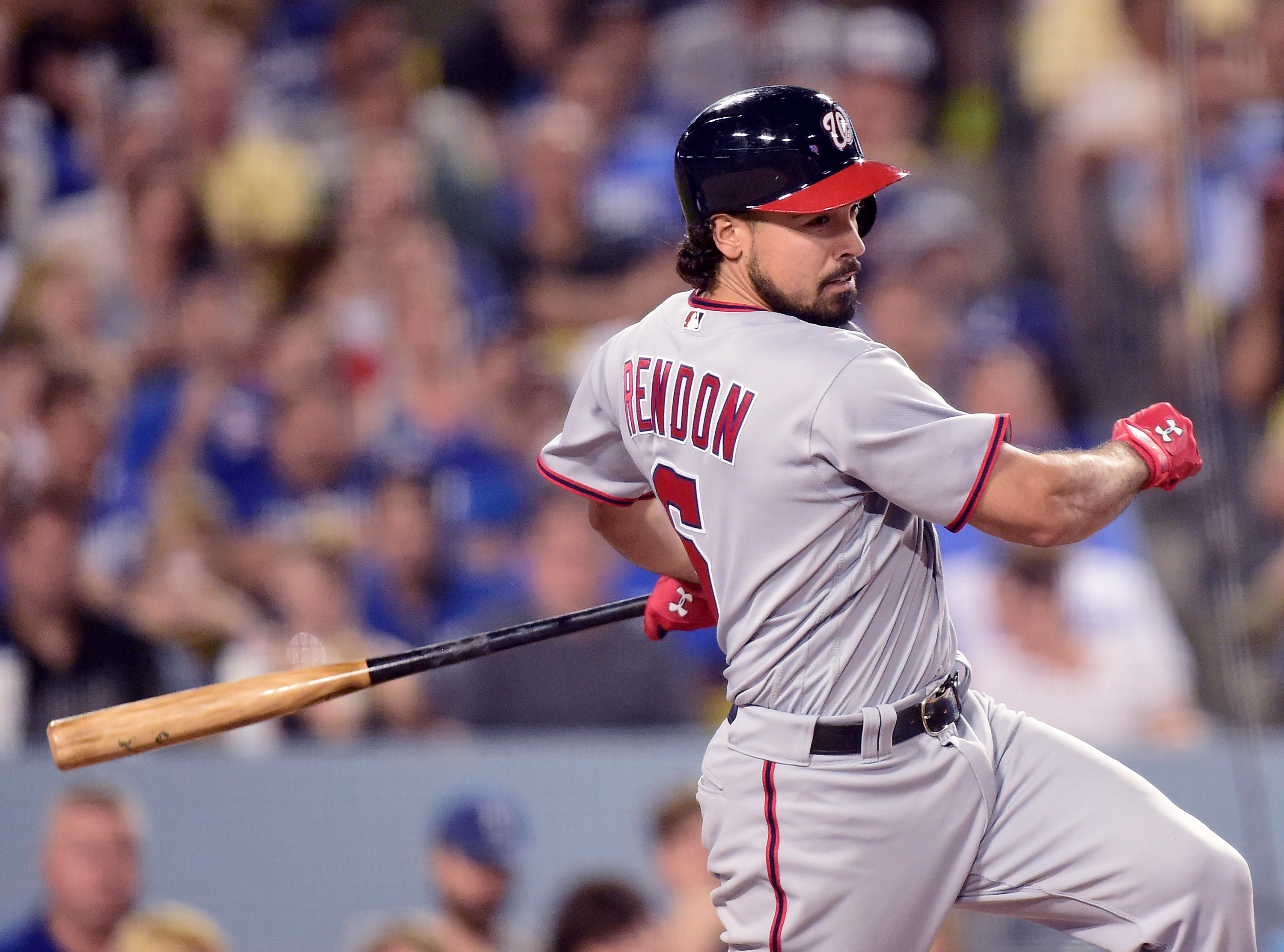 Heading into their three-game set with Milwaukee, the Brewers have dropped seven of their last ten, having snapped a four-game losing streak in the finale of their recently-completed series with the Oakland A's.

Will Washington end its five-game slide tonight in Miller Park? When do you start scoreboard watching? Will Max Scherzer be the Nationals' stopper? We find out at 8:10 PM EDT tonight in Milwaukee...