Max Scherzer gave up his 19th and 20th home runs of the year in what ended up a 5-3 loss to the Milwaukee Brewers. It was the Washington Nationals' sixth straight loss overall. "it's tough to take," Dusty Baker said. "Losing is tough to take."

Max Scherzer "settled in nicely" after giving up three walks and a two-out, two-run single by Aaron Hill in a long, 38-pitch bottom of the first Friday night in Milwaukee.

Scherzer retired 10 of the next 11 batters he faced before Keon Broxton took him deep to left on an 0-1 slider for the Brewers' outfielder's first major league homer and Scherzer's NL-leading 19th home run allowed this season.

"I don't think you'll see Max start the game off very often with three walks. Thought he was going to get out of that." -Dusty Baker on Max Scherzer's rough first inning

Broxton's blast tied things up at 3-3 after Washington rallied to take the lead, and the Nationals' right-hander gave up his 20th home run on the year one inning later when Kirk Nieuwenhuis hit a knee-high 2-1 fastball out to right-center for a two-run blast that made it 5-3 Brewers.

"Thought he was going to get out of that. He had a bunch of pitches in the first inning and then had a dangerous hitter up there, that I've seen him do it many times. He had him 1-2 and he got a hit, simple."

As for the home runs?

"We didn't know much about the kid that hit his first homer, Broxton, but he knew [Nieuwenhuis], we punched him out three times, but he got the big hit that was the deciding runs, and it looked like it was a runner running away from him and didn't quite get away from him. Max has been bitten by the home run ball this year."

And the Nationals have been bitten by their inability to cash in runners in scoring position, especially over the course of their six-game losing streak.

Overall, the Nationals were 2 for 9 with 11 left on base in what ended up a two-run loss to the Brewers.

"They were striking us out. We've definitely got to get better early in the count. We've got to look for that fastball..." -Dusty Baker on the Nationals' striking out with runners on.

"Again, sound like a broken record," Baker said. "We had runners out there. Tonight, they were striking us out. We've definitely got to get better early in the count. We've got to look for that fastball, because that's what they're throwing us early. They were dotting it tonight. Some pitches that were borderline, but hey, if he's calling it you've got to swing at it. You've got to go get it."

Brewers' starter Zach Davies struck out nine and Milwaukee's pitchers as a group collected 16 Ks on the night.

It's tough to generate runs and cash in opportunities when you're striking out as much as the Nationals did.

With runners on second and third and no one out in the eighth, Ryan Zimmerman K'd looking at a 3-2 curve, and after the Nationals loaded the bases, Danny Espinosa K'd swinging and Clint Robinson popped out to end the threat.

With a runner on and no one out in the ninth, after Ben Revere was hit by a pitch, Michael Taylor took a called strike three for the first out of the frame.

With two on and two out, after a Daniel Murphy single, Wilson Ramos (who was 4 for 4 to that point), K'd swinging to end the game. 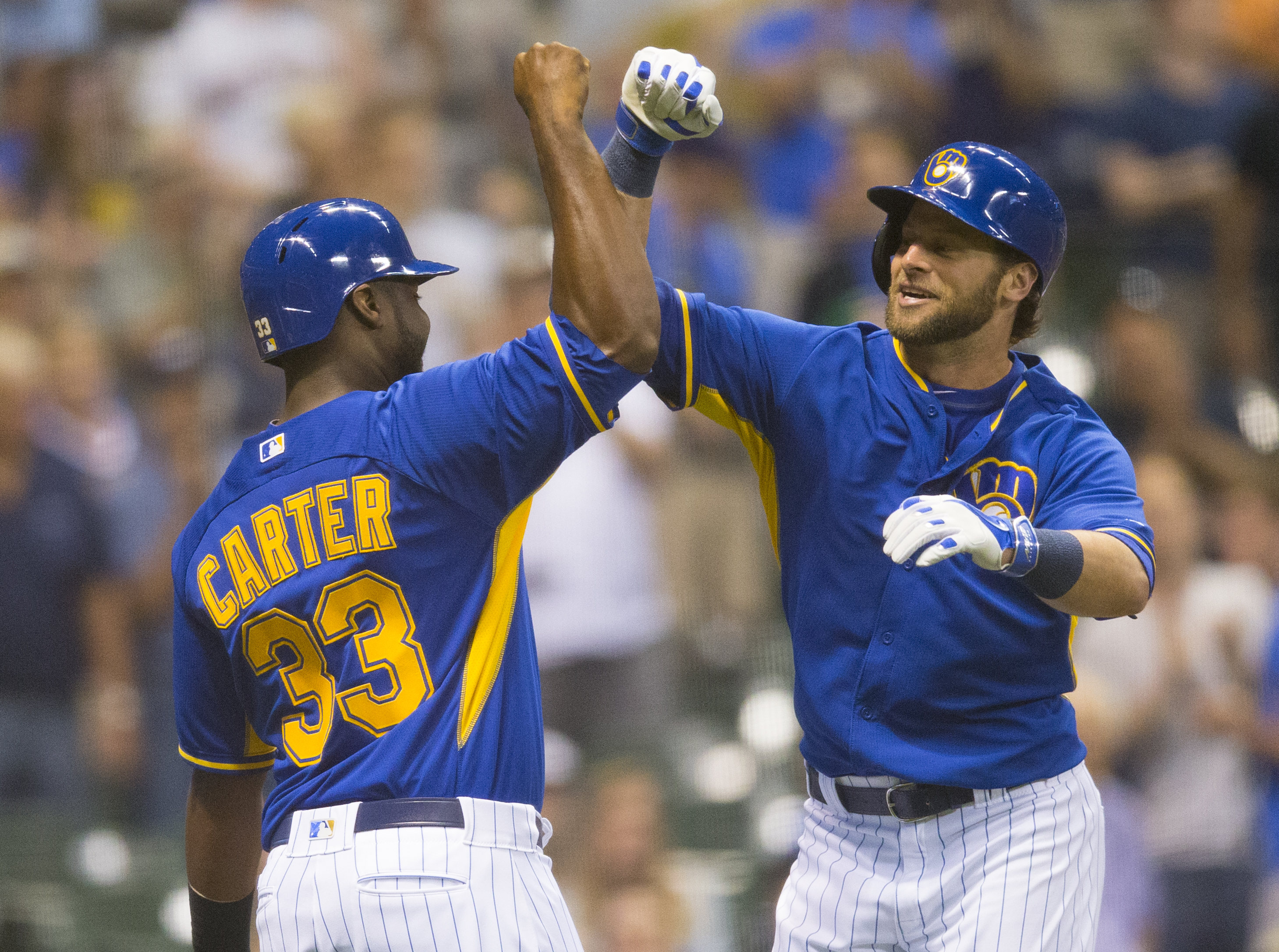 "It's really tough to generate because you don't have a chance to do anything," Baker acknowledged.

"A ball in play is a dangerous ball. Boy, that was a tough night for us."

"There's nothing else to really say," Baker added.

It was the Nationals' sixth straight loss overall...

• We talked about the Nationals' loss, Scherzer's continuing home run issues and the missed opportunities on the latest edition of Nats Nightly after the game: