Washington Nationals' lefty Gio Gonzalez now has a winless streak that stretches over seven starts and the Nats have a seven-game losing streak too after they dropped their second straight to the Milwaukee Brewers in Miller Park.

Share All sharing options for: Gio Gonzalez struggles again in Nationals' 6-5 loss to the Brewers in Miller Park

Gio Gonzalez took the mound in Milwaukee on Saturday afternoon winless in his last six starts, trying to help stop a six-game losing streak for the Washington Nationals.

"He couldn't locate with two outs," Baker said. "Especially after they got some runners in scoring position..." -Dusty Baker on Gio Gonzalez's struggles vs the Padres

Gonzalez was coming off a rough outing against the San Diego Padres in Petco Park which saw him struggle early, settle in, and then run into trouble again late, giving up runs in each of his last three innings of work.

"He had it, but he had it in spurts," Nats' skipper Dusty Baker said in discussing Gonzalez's start in San Diego.

Asked what the issue was for the southpaw, Baker said it was all about consistency.

"He couldn't locate with two outs," Baker explained. "Especially after they got some runners in scoring position.

"I didn't see where those pitches were, but they were about belt-high and you don't have to manipulate the bat to get on that same plane as the ball.

"So it's about keeping the ball down, sinking it, popping in the four-seamer and just pitching. It seems like we can't stay out of that one inning, so we just continue to work.

"Gio's got a complicated delivery," Nationals' GM Mike Rizzo told 106.7 the FAN in D.C.'s The Sports Junkies this past Wednesday, when he too was asked about Gonzalez's struggles.

"Gio's got a complicated delivery. It's a very 'timing'-type of delivery and when he gets out of sync, that's what happens." -Mike Rizzo on Gio Gonzalez on 106.7 the FAN

"It's a very 'timing'-type of delivery and when he gets out of sync, that's what happens. He lets a lot of fastballs go on the arm-side of his delivery and I think that's where he's at right now.

"It will be something that we're going to address in his bullpen sessions. I think that the stuff is still good, the velocity is good, the spin-rate on his breaking ball is good and he shows flashes of getting into sync with his delivery, so I think it's a delivery timing mechanism and once we get him back on track I think you'll see a guy that can give you quality starts and help us win ballgames."

Whatever Gonzalez's issue is, his struggles continued on Saturday afternoon in Milwaukee, where he gave up six hits, a walk and six earned runs in three innings of work.

Gonzalez gave up back-to-back singles to start the Brewers' half of the first and with two out he threw a 3-1 changeup up in the zone to Chris Carter that ended up in the second deck in left field.

A two-out RBI single by Jonathan Villar in the second put Milwaukee up 4-1, and the Brewers added two more runs in the third before Gonzalez was done for the day.

Baker pointed to the left-hander's struggles with two-out hits when asked about the latest in a long stretch of rough outings.

With his struggles continuing, will Gonzalez take the ball the next time his turn in the rotation comes around? 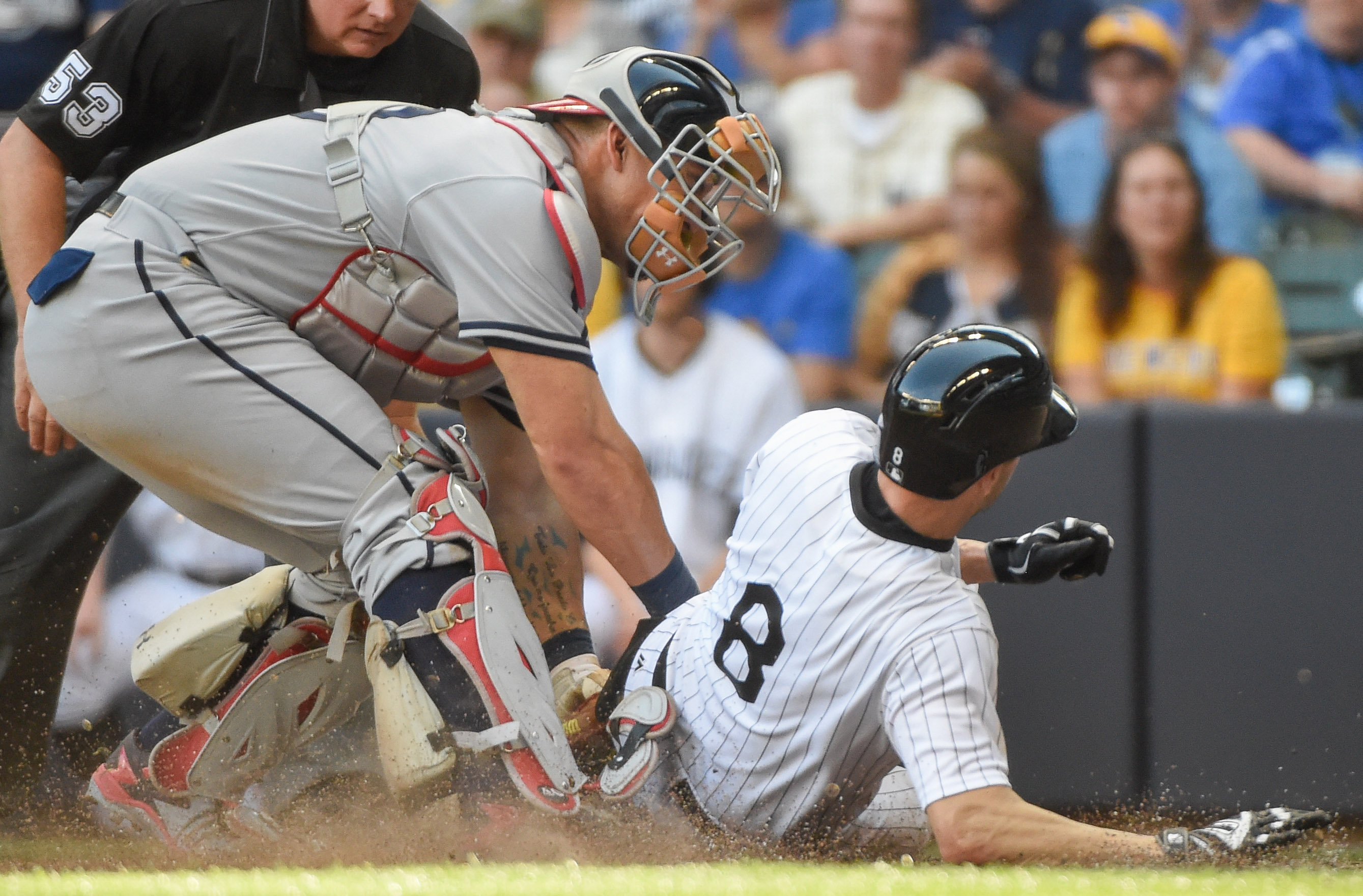 "Yeah. You're asking me questions I can't answer right now," Baker said, "but I mean, yeah, as of right now, yeah, he's going to make his next start."

Baker was asked if there were any concerns that it might be something physical causing Gonzalez's issues?