The Washington Nationals announced this afternoon that they are calling top pitching prospect Lucas Giolito up to the majors to start against the New York Mets tomorrow night. Giolito is one of the top-ranked pitchers in all of baseball.

Stephen Strasburg landed on the 15-Day DL on Sunday afternoon, retroactive to 6/16 with an upper back strain after missing consecutive turns in the rotation with the injury he suffered during a workout, which led to a rib issue and the right-hander having his ribs "popped" back into place last week.

Washington Nationals' manager Dusty Baker told reporters, after the announcement on Strasburg, that right-hander Joe Ross would start tonight's series opener with the New York Mets and a minor league starter would come up to take the ball on Tuesday night in the second game of the three-game set.

"He has a very, very quick arm. He has one of the quicker arms that I've ever seen, from windup and to his release point..." -Dusty Baker on Lucas Giolito, Spring 2016

This afternoon, the Nationals announced that top pitching prospect Lucas Giolito would be the one to get the call to face the Mets tomorrow night in what will be his MLB debut.

Giolito, 21, and the Nationals' 2012 1st Round pick, was pitching at Double-A in the organization this season, after finishing the year there last year.

He fell to the Nationals at No. 16 overall after injuring his elbow during his senior year at Harvard-Westlake High School in Los Angeles. Giolito underwent Tommy John surgery after making one appearance in the minors and worked his way back over the last three seasons.

Coming into this season, Giolito was the top-ranked right-handed starter on Baseball America and MLB.com's lists of the top prospects in baseball.

Giolito impressed Baker when the veteran skipper got a look at the hard-throwing righty up close for the first time this Spring.

"I haven't seen many pitchers at that age with the poise, confidence, not only the repertoire, but baseball IQ that this guy has..." -Mike Rizzo on Nationals' prospect Lucas Giolito, Spring 2016

"He has a very, very quick arm," Baker said early in Spring Training. "He has one of the quicker arms that I've ever seen, rom windup and to his release point and it kind of looks like he can throw as hard as almost he needs to.

"I really liked what I saw."

Nationals' GM Mike Rizzo talked about how impressed he was with Giolito this Spring and what the young pitcher still needs to work on in an MLB Network Radio interview from Spring Training.

"And that's why they're in the minor leagues. How do you field your position? 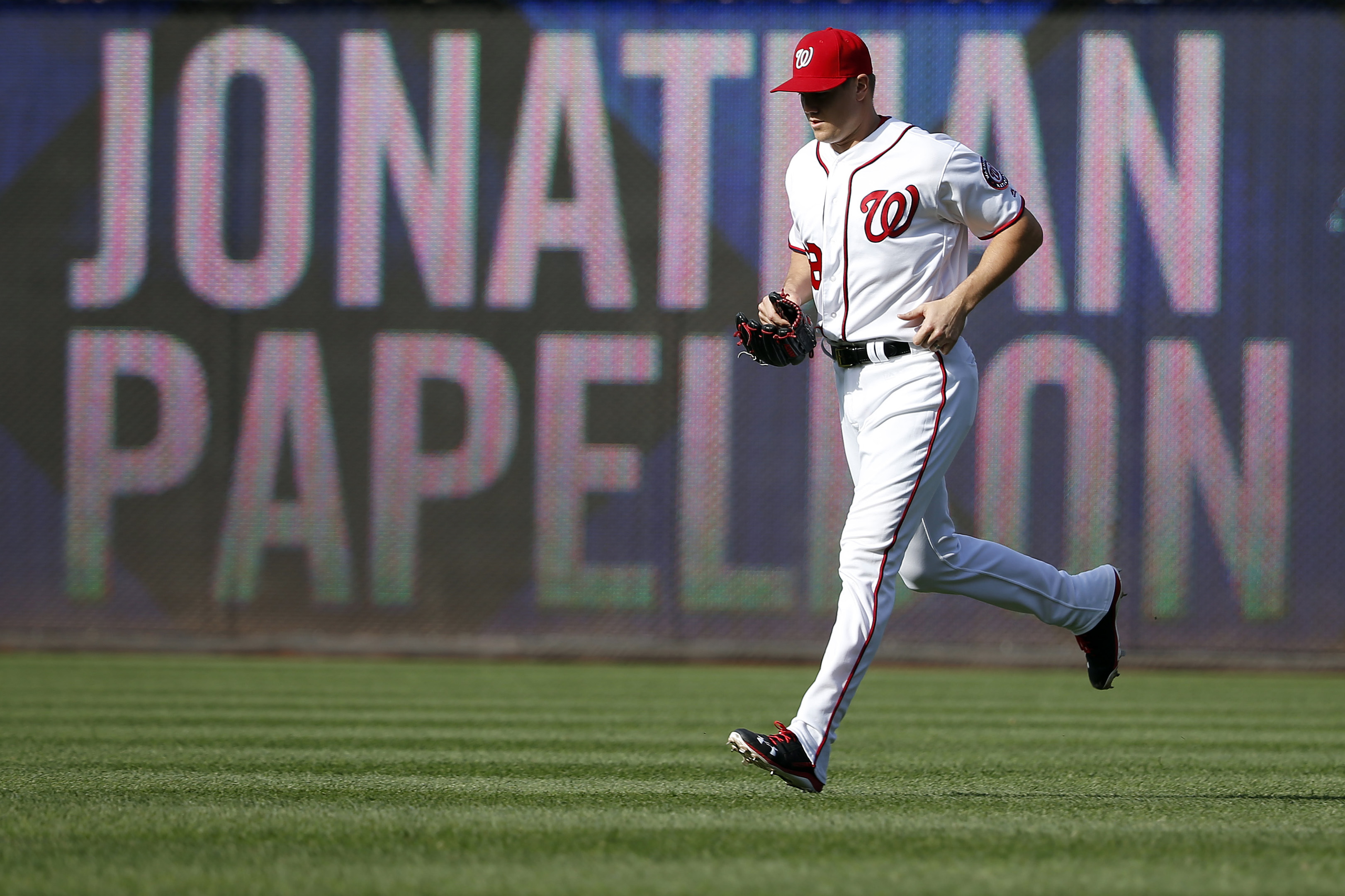 Can you handle the running game? Can you take every five days of pitching through an extra month of the season from your minor league season to your big league season and what we feel is another extra month after that in playoff season.

Tomorrow night, Giolito will officially arrive in the majors. More on the decision to promote the right-hander soon...