Dusty Baker on Nationals calling Lucas Giolito up to face Mets: "He's ready for the task."

Washington Nationals' skipper Dusty Baker confirmed this afternoon that top pitching prospect Lucas Giolito will get the call tomorrow night to make his MLB debut against the New York Mets in the nation's capital. "He's ready for the task," Baker said.

Share All sharing options for: Dusty Baker on Nationals calling Lucas Giolito up to face Mets: "He's ready for the task."

When Stephen Strasburg landed on the DL with an upper back strain (which led to his ribs being out of place until they were popped back in), the Washington Nationals needed to make a move to bring up a starter.

This afternoon, Nationals' skipper Dusty Baker announced that it will be top prospect Lucas Giolito getting the call to start the second game of three with the New York Mets in D.C.

"You don't know if he's ready or not till they actually get here and perform," Baker said. "And then you still don't know if they're ready..." -Dusty Baker on Nats' prospect Lucas Giolito coming up to make MLB debut

"Giolito is pitching tomorrow," Baker confirmed this afternoon, "so... he's ready for the task."

Asked what he saw from Giolito this Spring and what the scouting reports said that leads him to believe the 2012 1st Round pick is ready for the challenge, Baker said you never know.

"You don't know if he's ready or not till they actually get here and perform," Baker admitted.

"And then you still don't know if they're ready cause it takes a while for the league to learn you and for you to learn the league, but I liked what we saw in Spring Training.

"He was not only one of the most likely choices, but it fell on his day also.

"His day to pitch was today and it would have been tomorrow and we had to choose between yesterday's pitcher and potentially today's pitcher down in Syracuse, so we just thought it would be better to back him up a day.

"You've got higher stakes, more people, but you have to put all those things out of your mind and realize that you just have to concentrate on throwing the ball..." -Dusty Baker on Lucas Giolito making his MLB debut

"And plus, you've got to go -- kind of, you're at the mercy of the roster also. So all those factors pointed to Giolito."

Asked if he would talk to the right-hander before his debut and load him up with information or just let him go out and do his thing, Baker said he would likely take the latter approach.

"You've got higher stakes, more people, but you have to put all those things out of your mind and realize that you just have to concentrate on throwing the ball over the plate, throwing to your catcher, following his lead and game plan, because there's a good chance he knows more about the opposition than you do."

Is it a one-start thing or will Giolito stay until Strasburg is back from the DL?

"I don't know," Baker said. "I don't know. That's a good question, but that's impossible to answer. Has he had enough seasoning down there? I mean, probably not, but sometimes guys do, you just don't know."

Asked if he was excited to see what is arguably the top pitching prospect in the minors make his MLB debut, Baker said simply, "No." 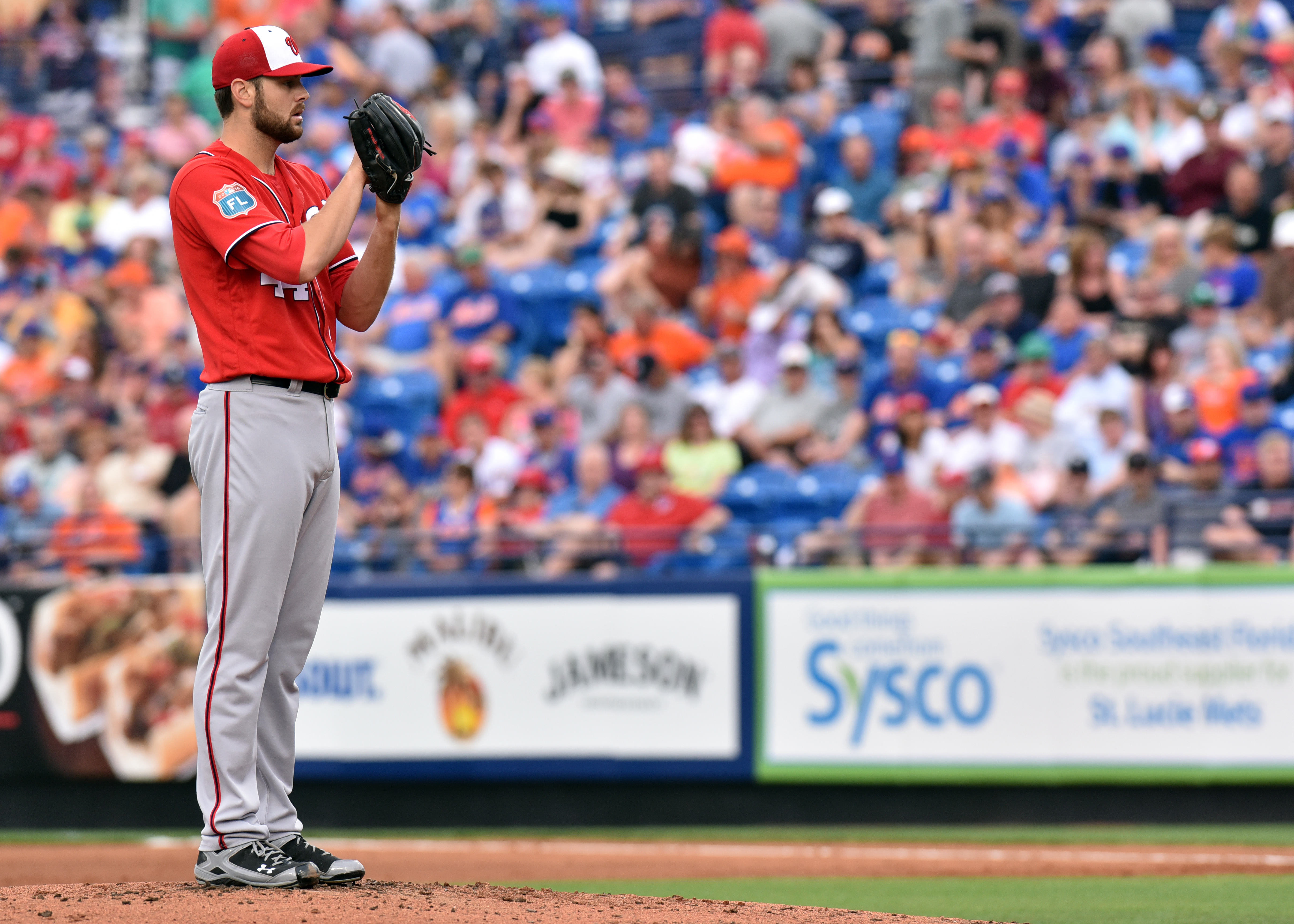 "He's a prospect. Do you know how many prospects I've seen?"

"A lot," the reporter who asked responded.

"Yeah. So some work, some don't, but we're trying to ward off the Mets."

As for Strasburg's current status, Baker said he talked to the 27-year-old right-hander, who had an MRI this morning, but as of this afternoon they hadn't received an update from the doctor.

"He doesn't know and we don't know, that's the honest truth," Baker added.

We do, however, know that the Nationals' top pick of the 2012 Draft will be in the nation's capital soon, if he's not already and he'll take on the New York Mets tomorrow night.