Nats' skipper Dusty Baker on the Nationals' bats heating up

With some of the bats that were slow over the first month-plus finally heating up, Washington Nationals' skipper Dusty Baker likes what he's seeing from the Nats' offense. Now will they keep it up? Baker talked increased production this week...

Share All sharing options for: Nats' skipper Dusty Baker on the Nationals' bats heating up

Though he will miss a few games this weekend, on the Paternity List, Ryan Zimmerman has been heating up in recent weeks, going 30 for 111 over the last month plus (.270/.320/.550) with eight doubles and seven homers over his last 29 games.

"Early in the year, all you can recognize -- everything looks like a fastball. but as you get more and more at bats and see more and more breaking balls and offspeed pitches..." -Dusty Baker on some of his bats starting to heat up

Washington's catcher Wilson Ramos went 3 for 4 in the series finale in Philadelphia, hitting a 3-run home run in the Nationals' 7-2 win in Citizens Bank Park.

Before he was hit by a pitch in the series opener with the Phillies this past Monday, Bryce Harper had hits in four straight games and two home runs in his last 16 plate appearances after struggling for the last month-plus.

Dusty Baker talked about some of the Nats' hitters heating up after the third game of three with the Phillies, when he was asked what adjustments the ones who have struggled have made in recent weeks.

"I don't know if it's adjustments as much as it is in time and at bats and timing, you know, like your timing is better, your recognition of pitches is better," Baker told reporters on Wednesday night.

"You try to stack your lineup on guys and how they're going, who's kind of hot, who's kind of cold and back them up with guys that can offset other guys..." -Dusty Baker on putting together his lineup

"Like I've said, early in the year, all you can recognize -- everything looks like a fastball. but as you get more and more at bats and see more and more breaking balls and offspeed pitches -- you know, we've still got some improvements to make, we're still swinging at some bad breaking balls, but we're getting better.

"I'll tell you, Ramos was big tonight. And Zim got us going. We had some guys -- Anthony seems to have gotten it back today. Guys have been working hard. And to get it and Murph keeps it, and so it was just a good game offensively."

Danny Espinosa, while still all-or-nothing at the plate, has hit six home runs in his last 30 games and 118 PAs after he hit one in 23 games and 80 PAs in April.

"I'll take home runs versus nothing," Baker said when asked about his shortstop. "What's he have now 7-8 home runs in a third of the season? And from the eighth spot he has 21 RBIs?

"You hope that your guys have three times as many RBIs are home runs and that's what his equation is, so Danny is playing well."

"He's making good plays," Baker continued. "He can't get away too far from .200, but as long as his hits mean something, he's definitely contributing to this team."

Jayson Werth has five doubles and four home runs in his last 28 games and 112 PAs.

Ben Revere isn't exactly firing on all cylinders after returning from the DL for an oblique injury suffered in the first game of the season, but the Nationals are getting production out of most of their everyday players.

"That's what you want," Baker said. "You don't want to just depend on one part of the order that comes through every two and a half innings.

"You want some guys and you try to stack your lineup on guys and how they're going, who's kind of hot, who's kind of cold and back them up with guys that can offset other guys, so we're not hot yet, but we're winning some games in the meantime."

It's not just the everyday players either. Baker told reporters earlier this week that he's happy with the production from his reserves as well.

"My bench has been outstanding," he said.

"I think we've got one of the better benches around. That's why we're not afraid to play anybody at any time." 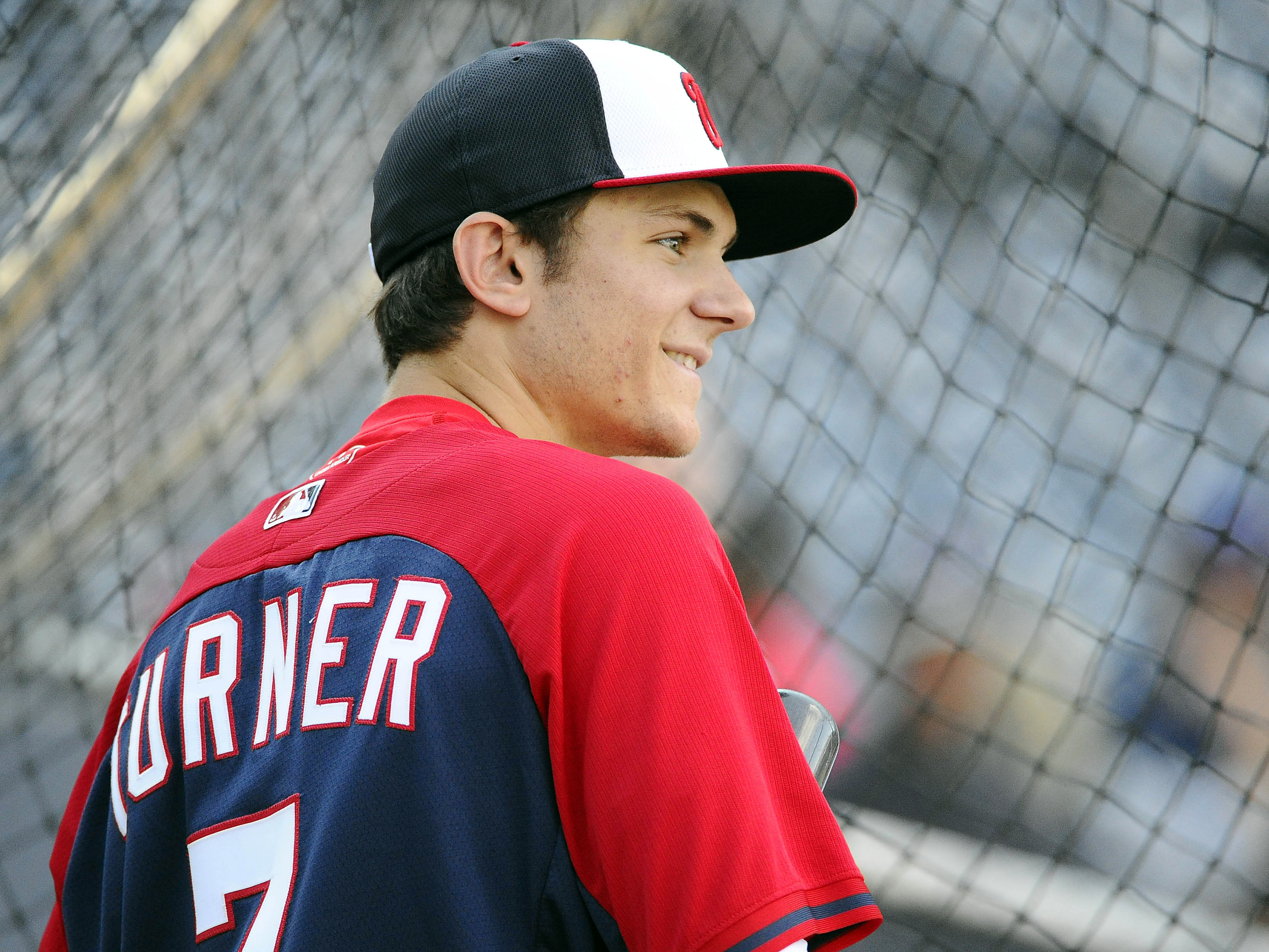 Heading into this weekend's three-game set in Cincinnati's Great American Ball Park, Washington is 33-21 with a 3.0 game lead in the NL East, and through the first two months of the season they've hit Baker's stated goal of 15 wins a month.

"We ended up with 16 victories in May and now it's June," Baker said.

"It's just sort of weird to think that you can rip off two months of the calendar and one-third of the season is gone and we've got two-thirds to go, so it should be interesting and I hope we get better and better as the season goes on."