According to multiple reports this afternoon, the Washington Nationals have signed 2016 1st Round pick Dane Dunning to a $2M deal after making him the 29th overall selection earlier this month. Dunning is a 21-year-old right-hander out of the University of Florida.

When he spoke to reporters after the Washington Nationals selected him with their second pick of the 2016 MLB Draft, 29th overall, earlier this month, the Florida Gators and right-hander Dane Dunning were still alive in the College World Series. He did, however, sound confident that once his season was over, he would sign with the Nats.

Asked directly if he thought he would sign quickly, Dunning, 21, responded, "Yes, sir. I do. I've still got to finish out my season and hopefully be able to go to the College World Series."

Dunning and the Gators fell short of that goal, but he has apparently signed on with the Nationals, as first reported by MLB.com's Jim Callis this afternoon:

Nats' Assistant GM and Vice President of Scouting, Kris Kline, said the right-hander would start in the organization once he signed.

"Definitely going to develop him as a starter," Kline told reporters.

"He's coming from one of the best college staffs is baseball right now. Dane, if he was at another program, he easily would have been the Friday night starter for 95% of the other teams in the country. 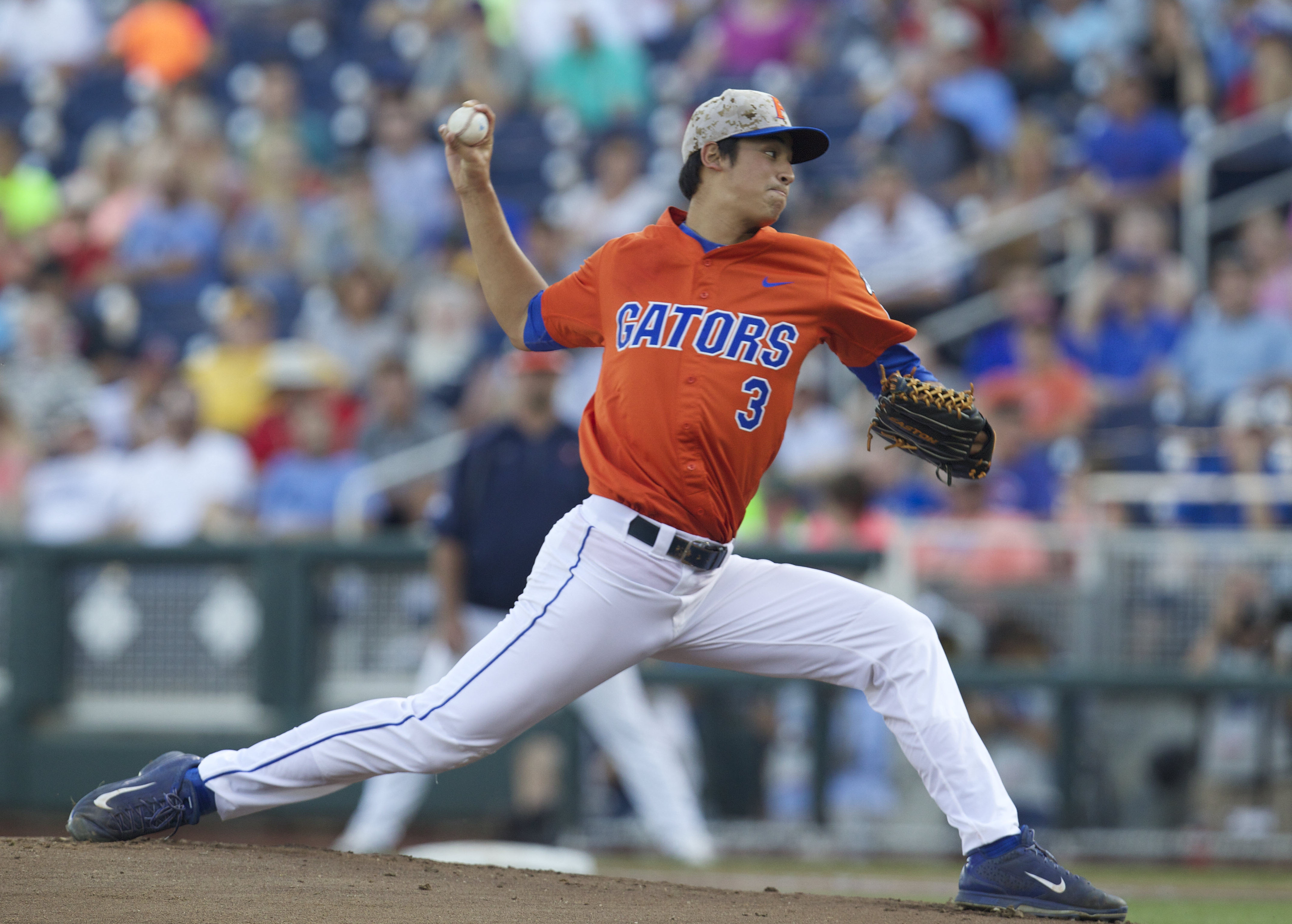 Kline said after the first night Draft that Dunning would likely begin his pro career in the New York-Penn League once he was signed.

"I think he's going to get his feet wet in Auburn. We need to build him up, and you don't have a lot of innings here, and just because he was used so sporadically I think we need to develop some consistency and get him acclimated to being a starter on every fifth day."

That process will likely start shortly...