Washington Nationals' left-hander Gio Gonzalez struggled early in last night's start then settled in. There were positive signs late in the outing, but he couldn't avoid a big inning in the second which saw the Cincinnati Reds score four runs on six hits.

By the time Gio Gonzalez was done with his 31-pitch, six-hit, four-run second, the Washington Nationals were in a 4-0 hole in what ended up a 7-2 loss to the Cincinnati Reds.

Gonzalez, 30, struggled again last night in the series opener in Great American Ball Park, giving up nine hits total and five runs, leaving him with a 10.34 ERA over his last three starts and 15 ⅔ IP, over which he's allowed 25 hits and 18 runs, all of them earned.

"We've got to stop this before he starts thinking that, 'I'm snake bit,' or anything like that, so he'll find it and we'll help him find it." -Dusty Baker on Gio Gonzalez's struggles

The 18 runs allowed are four more than the left-hander allowed in his first eight starts and 48 ⅓ IP this season (14 R, 10 ER).

"We need him to break this streak that he's on," Nats' skipper Dusty Baker told reporters after the loss.

"He settled in, but he's had a hard time staying out of that crooked-number inning, which hurt him. It was almost the deficit that they won by, but they were swinging the bats which we knew that coming in here, because they've got a pretty good offense. They can hit the ball out of the ballpark, especially in this ballpark, so we've just got find a way to keep them in the park and make better pitches."

Hits leaving the park wasn't Gonzalez's problem, though he did give up a home run to left by Reds' third baseman Eugenio Suarez in the third.

Outside of a leadoff double to left by Adam Duvall in the long second inning, five of the six hits the left-hander gave up were singles, well-struck and otherwise.

"There's not a whole bunch you can do about the ground balls that get through the infield," Baker said, "especially when they're weren't hit real good."

"You've just got to stay away from the bad inning and we've got to pitch ahead of the hitters."

"We've got to stop this before he starts thinking that, 'I'm snake bit,' or anything like that, so he'll find it and we'll help him find it."

Gonzalez settled in as the night went on, allowing just two hits (one the home run) over his last four innings on the mound.

"We've just got to go back to the drawing board and try to find a way for Gio to get it together, cause like I said, we need Gio." -Dusty Baker on getting Gio Gonzalez back on track

"One bad inning, it was the second inning and even then I’m going to look at the positive," Gonzalez told reporters, including MASN's Byron Kerr, after the start.

"I threw pitches with conviction, some of those hits you just got to tip your cap. There’s nothing you can do. I threw some of those pitches where I wanted to throw and infield hit, little bloop over shortstop, can’t do nothing.

"Just tip your cap, they put the ball in play and that situation. If I was to go back at it, even the home run that’s a good down and in pitch, he hit it right over the wall.

"He was falling behind, but the balls weren't hit very hard, but they're still hits," Baker said.

"We've just got to go back to the drawing board and try to find a way for Gio to get it together, cause like I said, we need Gio. We need Gio that was in the month of April more than anything. 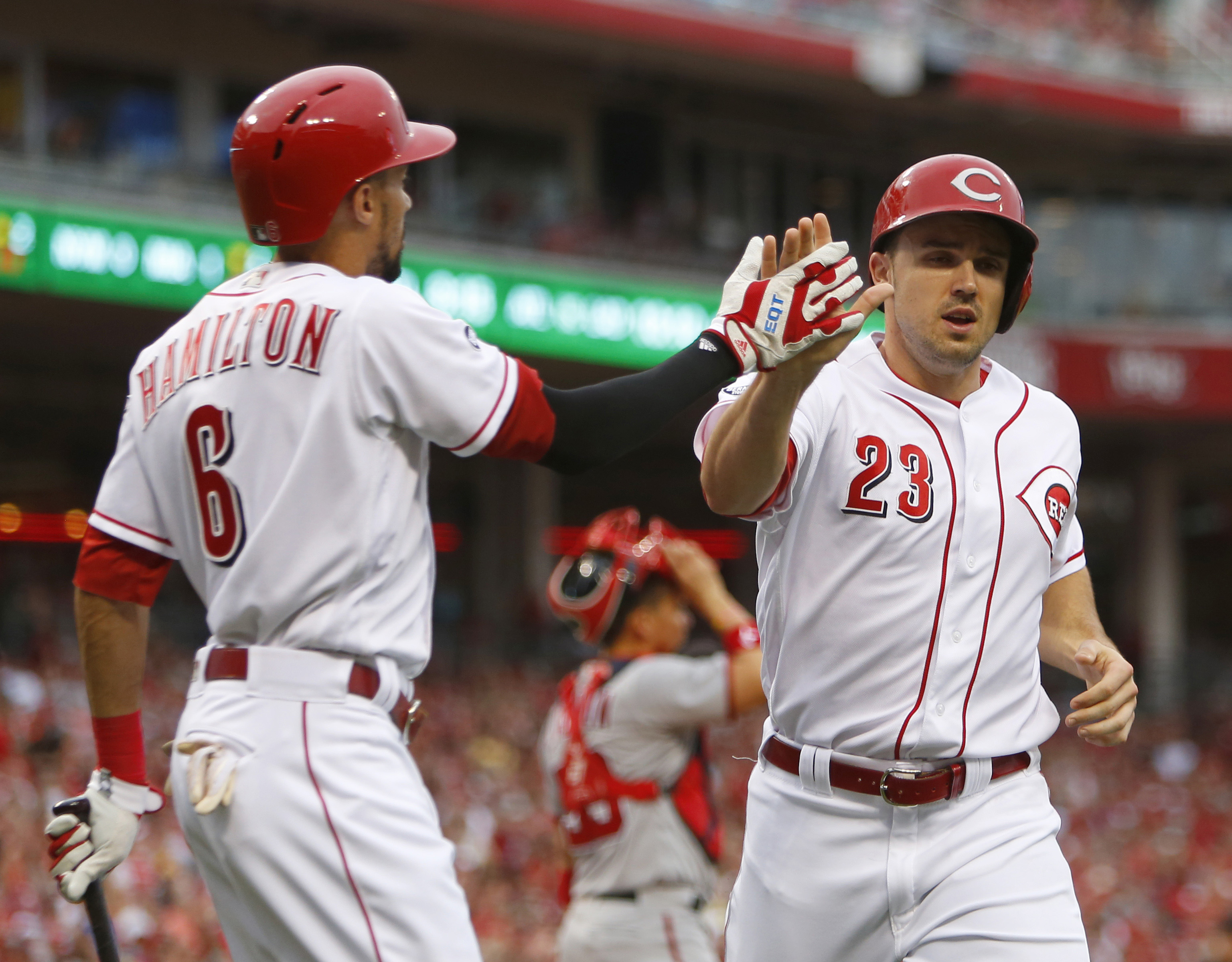 "[Pitching coach] Mike [Maddux] and him are working on things and he's got to continue to work. When things aren't going too good you've got to work a little harder and concentrate a little better."

There were positive signs from the southpaw's last few innings on the mound, which saw him strike out five of the 10 batters he faced on just 42 pitches. Baker said he sent him out for the sixth hoping for another good frame that could get Gonzalez going right.

"The first couple were mired by a broken-bat hit, an infield hit," Baker said, "but you've got to find a way to get out of that and they got some real -- there was only one ball hit hard, really, by Duvall, down in the corner, but that's why we sent him out there in the sixth, because we need him to get himself together and to leave on a positive note. We need Gio."