Washington has two picks in the Top 30 in the 2016 MLB Draft, which takes place on Thursday night while the Nationals are wrapping up their three-game set with the Chicago White Sox. What will Mike Rizzo and Co. do with this year's top selections?

Washington surrendered its first-round pick when the Nationals signed Daniel Murphy to a 3-year/$37.5M free agent deal this winter, so the Nats' top picks this time around, in the 2016 MLB Draft, which starts on Thursday night, are the 28th and 29th overall selections.

The 28th pick is the compensation selection the Nationals received for '08 2nd Round pick Jordan Zimmermann, who signed as a free agent with the Detroit Tigers after turning down Washington's qualifying offer. No. 29 is compensation for Ian Desmond signing a one-year deal with the Texas Rangers.

After those picks, the Nationals have to wait until No. 58 overall, then No. 94 and on from Rounds 4-40. So how will Mike Rizzo and Co. in Washington's front office approach their top picks?

Assistant GM Kris Kline told MLB.com's Bill Ladson that they would, as usual, take the best players available when their picks come up.

Rizzo explained the club's thinking heading into the 2015 Draft, when he spoke to reporters in the nation's capital.

"We talk as much about the top 10 players in the country as we do the 800th player," he explained.

"We’re watching film every day. We’re looking at medicals and psychological tests on every single player and we’re going to line them up and when 58 comes, we’re going to pick the best guy that we see that’s available and hopefully we hit on a guy that helps us in the big leagues.

Under the current Collective Bargaining Agreement (CBA) any team that exceeds its pool is taxed at a 75% rate on the overage.

As for how the Nationals might use their top picks? Ladson mentions that infielder Drew Mendoza "seems to be the popular consensus" for the Nats' top pick.

In his first Mock Draft this year, MLB.com's Jim Callis too matched the Nationals up with Mendoza, writing that the high school third baseman out of Lake Minneola, Florida, is, however, "... the most unsignable first-round talent and it may take at least $3 million to divert him from his commitment to Florida State."

The fact that he's advised by Boras Corp has Callis thinking it's a possibility.

At No.29, Callis had the Nationals taking Kent State left-hander Eric Lauer in his first Mock draft, describing him as a "nice value" at that spot after the southpaw led, "NCAA Division I starting pitchers with a 0.76 ERA" this season.

The second time around, Callis stuck with Mendoza at 28 and went with Vanderbilt outfielder Brian Reynolds at No. 29, noting that there were "some swing and miss concerns" about the switch-hitting outfielder who had the highest OPS in the Southeastern Conference.

ESPN.com's Keith Law had the Nationals taking high school infielder (and brother of Nats' prospect Spencer Kieboom) Carter Kieboom out of Walton High School in Marietta, Georgia with the 28th pick in his first Mock Draft in mid-May, and Oklahoma righty Alex Hansen with the 29th selection.

The second time through, Law went with Mendoza at No. 28, writing that the Nationals, "have been linked a little more with Mendoza lately" and have been mentioned as "the team most likely to take Kyle Funkhouser in the second or third round."

#VoteRamos for the 2016 MLB All-Star Game 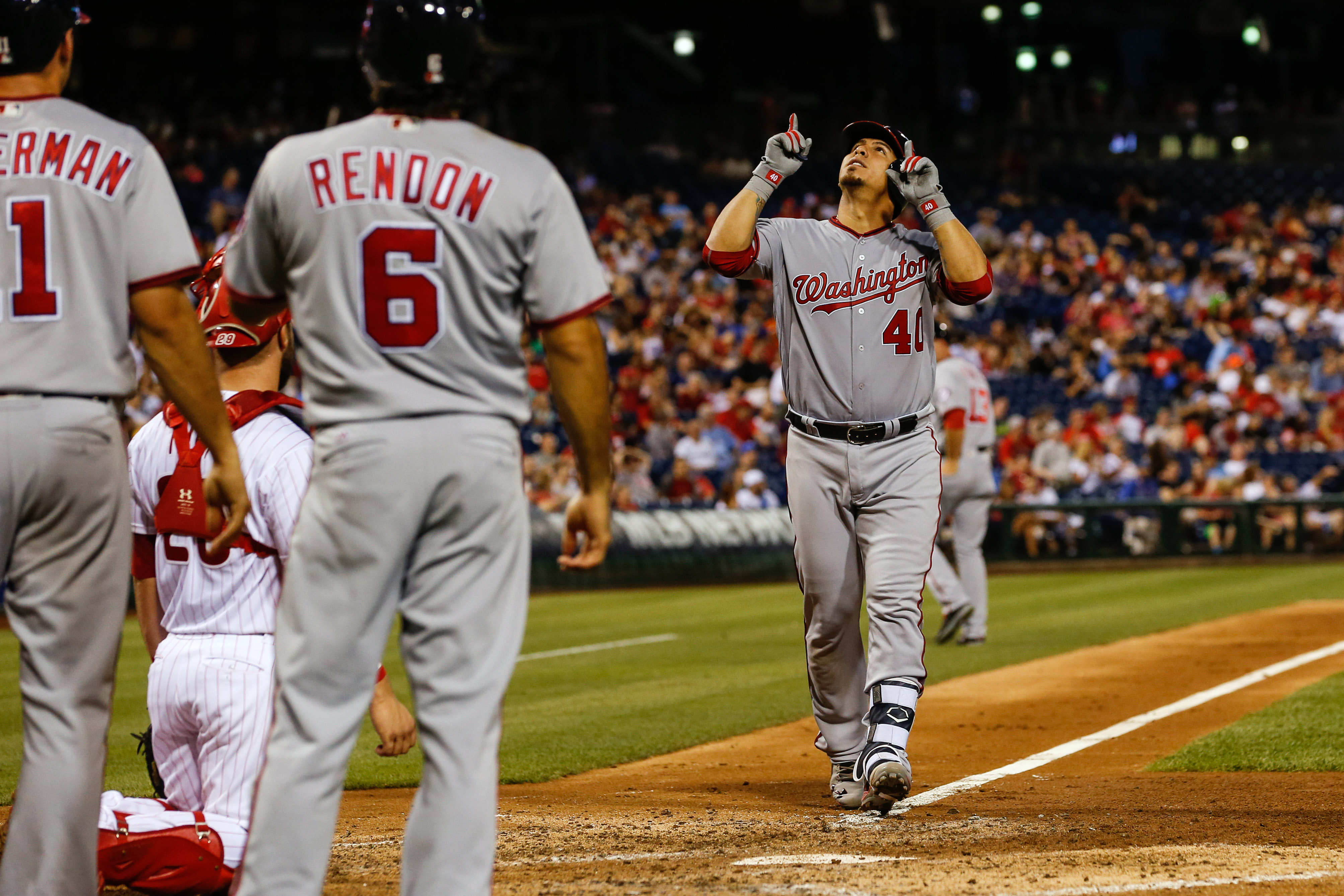 Funkhouser, a potential high first-round pick was drafted by the Los Angeles Dodgers 35th overall after a down year at Louisville last season, and decided against signing, returning to college instead.

After matching the Nationals up with Hansen in the first Mock Draft, Law went with Georgia righty Robert Tyler at No. 29 in his second Mock Draft, writing that Hansen was still a possibility and adding Ole Miss' slugger J.B. Woodman to the list of possibilities.

The Nationals will have to wait until 27 other teams make their selections before they make their top pick. What will Rizzo and Co. do? We'll find out Thursday night.