James Shields threw 84 pitches in two innings on the mound for the Chicago White Sox in U.S. Cellular Field, giving up eight hits, two walks and seven earned runs in what ended up an 11-4 loss to the Washington Nationals.

Over the last three games, all wins, the Washington Nationals have scored 31 runs on 44 hits, taking the series finale with the Reds in Cincinnati and the first two of three from the Chicago White Sox in U.S. Cellular Field.

Their 11-4 win over the Sox and starter James Shields on Wednesday was another example of what the Nationals' offense can do when it is firing on all cylinders.

"Hitting's contagious, big time. That's an old cliche, but this is a prime example that hitting is contagious." -Dusty Baker on the Nationals' offensive output

Ben Revere, Jayson Werth, Bryce Harper, Stephen Drew and Danny Espinosa all had multi-hits games and everyone in the lineup had at least one hit.

"We scored [early] and then we came back and scored some big runs late, some guys got some big hits. Jayson swung the bat great, Ben Revere, Bryce, everybody swung the bat very well. Danny Espinosa got a couple hits and you get 18 hits, almost everybody got in on it," Nats' skipper Dusty Baker told reporters.

"Hitting's contagious, big time," Baker said. "That's an old cliche, but this is a prime example that hitting is contagious."

"And these guys over here, their bullpen was a little tired today from yesterday. And that's the objective when you want to get in a team's bullpen early and then probably have to go to guys that they don't want to go to for consecutive days."

Baker's hitters took advantage of a rough outing by James Shields, in his debut with Chicago after he was acquired from the San Diego Padres last week, knocking the veteran out after just two innings in which he gave up eight hits, two walks and seven runs, all earned, throwing 84 pitches.

"He's not called 'Big Game James' for nothing. This guy is an outstanding pitcher.

"I'm sure the White Sox are going to be very happy that they got him because there were a lot of teams coveting him from San Diego. So, I don't know, we're just happy to get the runs we've got." 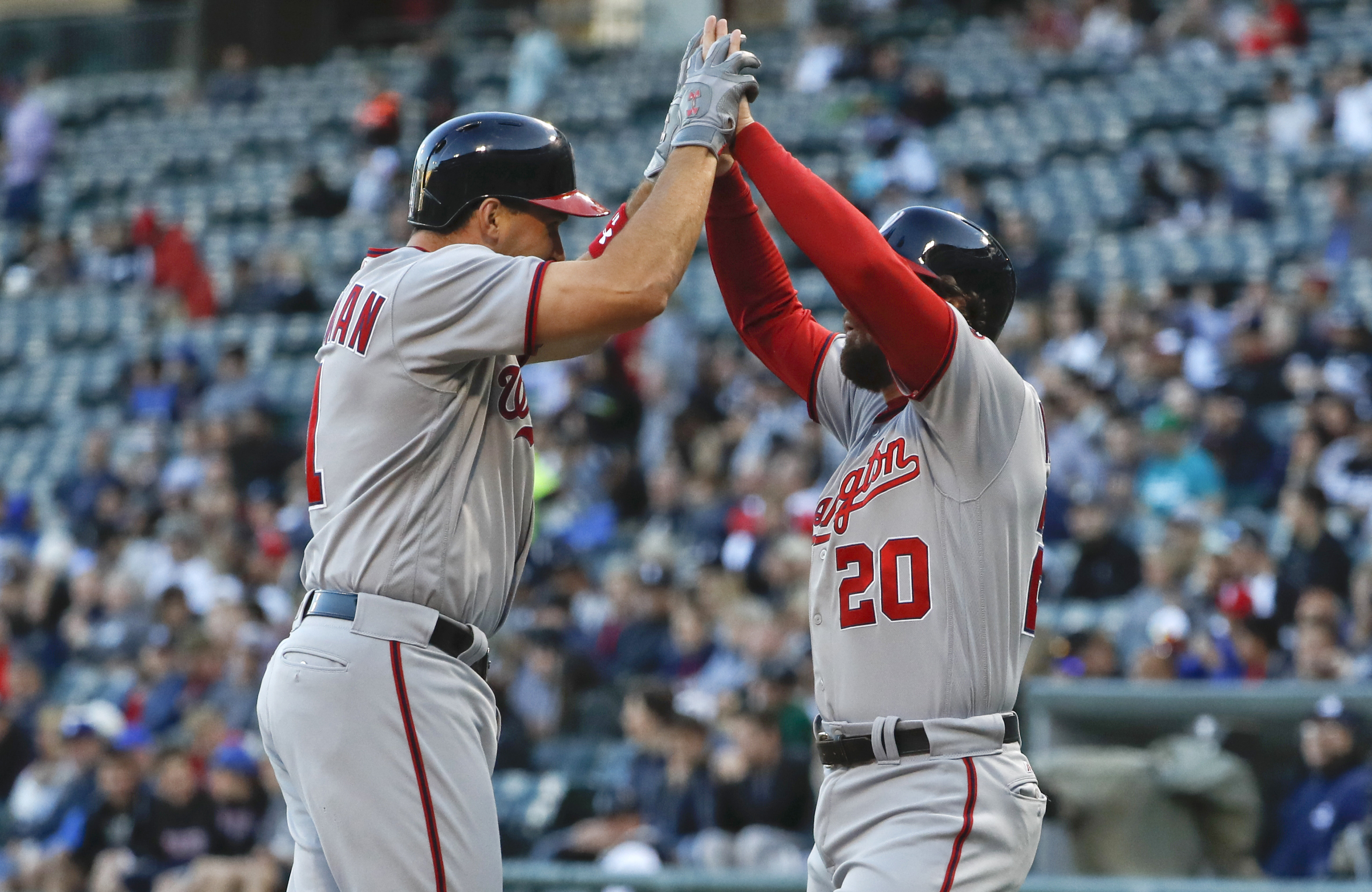 How do the Nationals keep it up? Is there anything they can do to stay hot?

"You've just got to keep it going and not worry about what we did yesterday," Baker said. "Just memorize it and try to figure out how to do that on a daily basis.

"You know you're not going to score that many runs every day, but you've got to take them when you're getting them, and so the fact is that we are scoring runs and we're scoring on the road, and we scored early today. That was big.

"Shields wasn't that sharp today, and he threw a bunch of pitches early and we capitalized on them."