Washington Nationals' catcher Wilson Ramos is leading all NL catchers in AVG, OBP and SLG, he's having a big season and he could be headed for free agency this winter. Dusty Baker and Mike Rizzo on the Nationals' backstop's breakout campaign...

Share All sharing options for: Nationals' GM Mike Rizzo and Dusty Baker on the Wilson Ramos we were waiting for

Wilson Ramos started the night on Thursday leading all major league catchers with a .339 average, a .385 on-base percentage and a .554 slugging percentage.

Ramos, 28, also had the least strikeouts of any MLB backstop, with 30 total in 252 plate appearances.

He had an eleven-game hit streak end in Wednesday's series finale with the New York Mets. Before the Nats' swept their three-game set with their NL East rivals that night, GM Mike Rizzo talked to 106.7 the FAN in D.C.'s The Sports Junkies about the seven-year veteran living up to the potential the Nationals saw in him when they acquired the then-22-year-old catcher from the Minnesota Twins in 2010.

"I don't think it's a coincidence that it's a free agent year-to-be next year that had something to do with that..." -Mike Rizzo on Wilson Ramos having a breakout season...

Rizzo pointed to the fact that Ramos and his entire family relocated to the U.S. and remained here all winter when he talked about the backstop coming into the season in great shape and taking it to another level this year.

His improvements might not be solely tied to the LASIK surgery Ramos had this Spring, though that seems to have helped as well.

"I don't think that's a coincidence that he and his family all being here, working out under our guidelines all winter had something to do with him being in shape," Rizzo explained.

Ramos also clearly has some extra motivation this year, since he appears to be headed for free agency unless he and the Nationals agree on extension before this winter.

"I don't think it's a coincidence that it's a free agent year-to-be next year that had something to do with that," Rizzo added.

"He is in much better shape and I think that's due to his conditioning in the offseason. I thing a lot of it has to do with [the fact] that he lives in the U.S. now with his family and worked diligently over the offseason and he smells free agency, he wants to have a great year and he's been a huge contributor to us this year."

It's not just his offense, of course. Through 64 games, the Nationals' catcher has a .997 fielding percentage and a 31% caught stealing percentage.

Nats' skipper Dusty Baker talked about the difficulty of catching at the major league level while also handling the duties behind the plate as well.

"That's the toughest job on the field," Baker told reporters this week.

"You may strike out or hit into a double play, but then you've got to forget it and go out there and call pitches for your pitcher and that is a tough emotional swing. That's as quick of an emotional swing as there is, and he's done a great job.

"When you have offensive catchers that can catch as well, that's why they're in the Hall of Fame. Gary Carter, Johnny Bench and Roy Campanella, there aren't a whole bunch of them that can do both like that." -Dusty Baker on Wilson Ramos being a well-rounded catcher

"Their No. 1 job is to catch and then whatever they give you offensively is a bonus," Baker continued.

"That's why when you have offensive catchers that can catch as well, that's why they're in the Hall of Fame. Gary Carter, Johnny Bench and Roy Campanella, there aren't a whole bunch of them that can do both like that."

Baker told Ramos this Spring that the catcher was an extension of the manager, who could handle things on the field that the skipper couldn't from the dugout.

So, he explained, Ramos needed to be an extension of the coaching staff.

"The thing that I'm getting across to him is that he's my field general," Baker said. "He's my right-hand man on the field. And I depend on him as much as anybody, to get the signs, to get the pitchouts, to get the throw-overs, to call a game, to throw people out, to block balls in the dirt. That is a big, big responsibility, and the better your catcher is, the better your team will probably be."

The fact that Ramos seems to have put it all together this season, Baker said, is not too surprising. It was all there in previous seasons, but it takes a while sometimes, in his experience, for everything to come together. 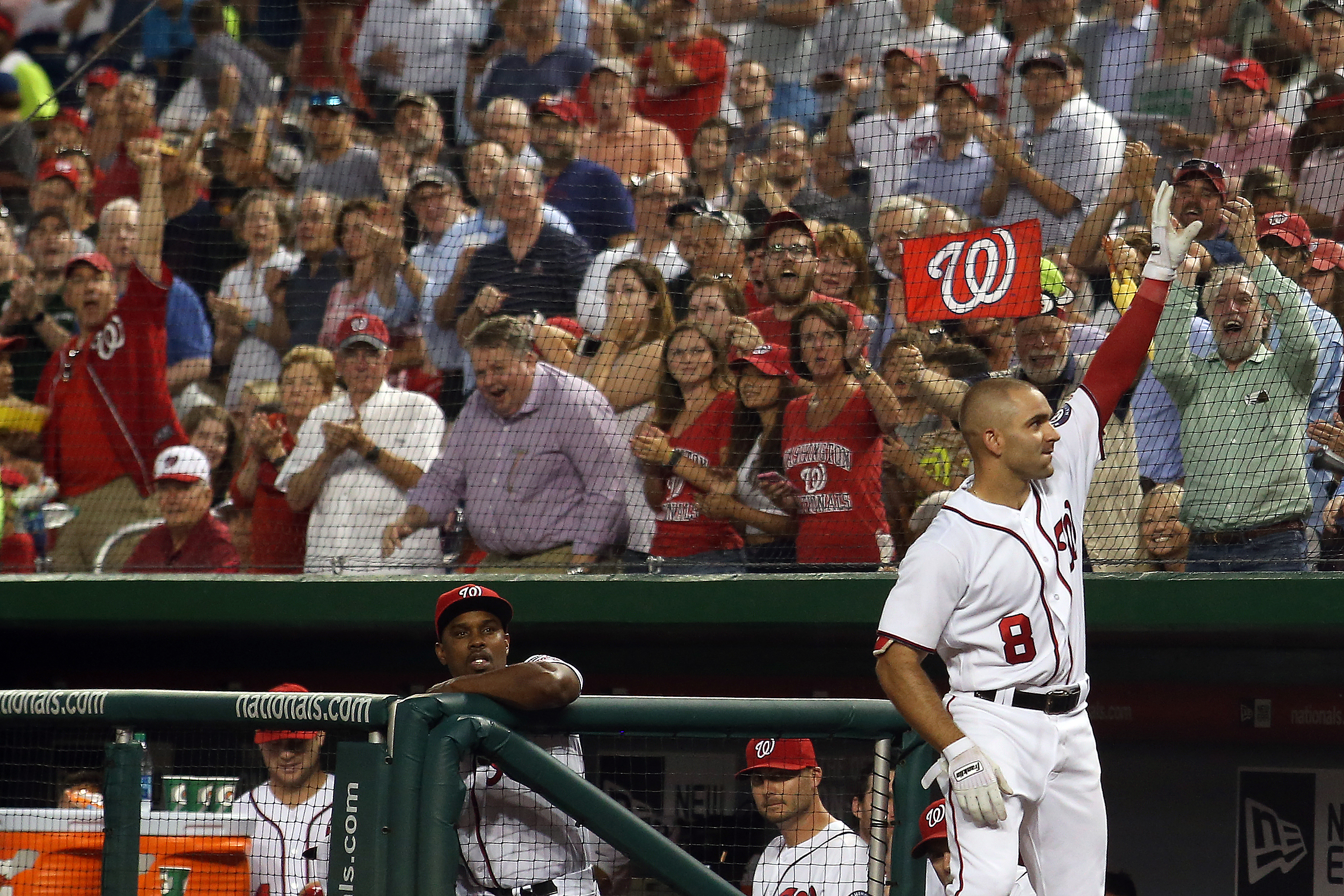 "Oh, yeah. It does and by the time they harness it, a lot of them are all beat up and banged up, that's why most of them don't catch every day more than about 10 or 12 years."

Ramos has had his share of injuries over his first seven seasons, but he's managed to remain healthy [knock on wood] for the last two campaigns, and he's turned a corner early this year.

"He's really come into his own as a well-rounded player offensively, defensively, game-caller, preparation-wise," Rizzo said.

"But this guy's always had the upside to be this type of offensive player and I think we're finally seeing the Wilson Ramos that we thought he was going to be when we traded for him."