Dusty Baker on the Nationals' series win over the Mets; Nats' first-half in review...

"We finished strong," Dusty Baker told reporters after the Washington Nationals took 3 of 4 from the New York Mets to head into the All-Star Break with a 6.0-game lead in the NL East. Baker also said he wants the Nationals to come back strong.

Share All sharing options for: Dusty Baker on the Nationals' series win over the Mets; Nats' first-half in review...

With wins in three games of the four-game set with the New York Mets in Citi Field, the NL East-leading Washington Nationals, who had a 4.0-game lead when they arrived, head into the All-Star Break with a 6.0-game lead over both the Mets and Miami Marlins.

The series win left the Nationals 9-4 against the defending NL East champs and 30-14 against their divisional rivals from New York, Atlanta, Philadelphia and Miami this season.

"It was big," Dusty Baker told reporters after Sunday's 3-2 win in the series finale.

"We knew that coming in here, that if they swept us they'd be tied with us and if we split then we'd be right where we started..." -Dusty Baker on the Nationals taking 3 of 4 in New York

"We knew that coming in here, that if they swept us they'd be tied with us and if we split then we'd be right where we started at 4.0, but we wanted to win the series. I mean, this is perhaps the biggest getaway day -- which I always talk about -- of the year, because it's a two-game game when you're playing the team that's chasing you.

"I think it's a good momentum going into the break," Gio Gonzalez said after earning his fifth win of the year.

"But Dusty said it best, enjoy it, but come ready to work and I think that's where we're all headed right now."

"It's a very disappointing end to the homestand," Mets' skipper Terry Collins acknowledged, "no question about it."

Collins' Mets were 7-1 eight games into the 11-game stand in Citi Field that ended the first half.

Over the course of the last week they had Matt Harvey go down for the rest of the season (thoracic outlet syndrome) while Noah Syndergaard was lifted from his outing with fatigue in his right arm and Yoenis Cespedes injured his right quad.

"We're still in the race," Collins said. "State of the team is we're banged up."

"We've been in this situation, one year ago, where things looked bleak and we ended up playing in the World Series."

Baker was, obviously, happy with the way things wrapped up, with Washington 54-36, with the most first-half wins in franchise history (2005-present), topping the 2005 Nationals (52).

They even tied the 1994 Montreal Expos (54) for the most wins in the all-time franchise history.

"We finished strong," Baker said. "We beat a very good Met team here. They're a little banged up, but you've still got to win."

"I'm very pleased with the first-half that we had and we know we can get even better. So I just urged the guys to go relax, but no off-the-field injuries while you're on this break and come back ready to go to the finish line." 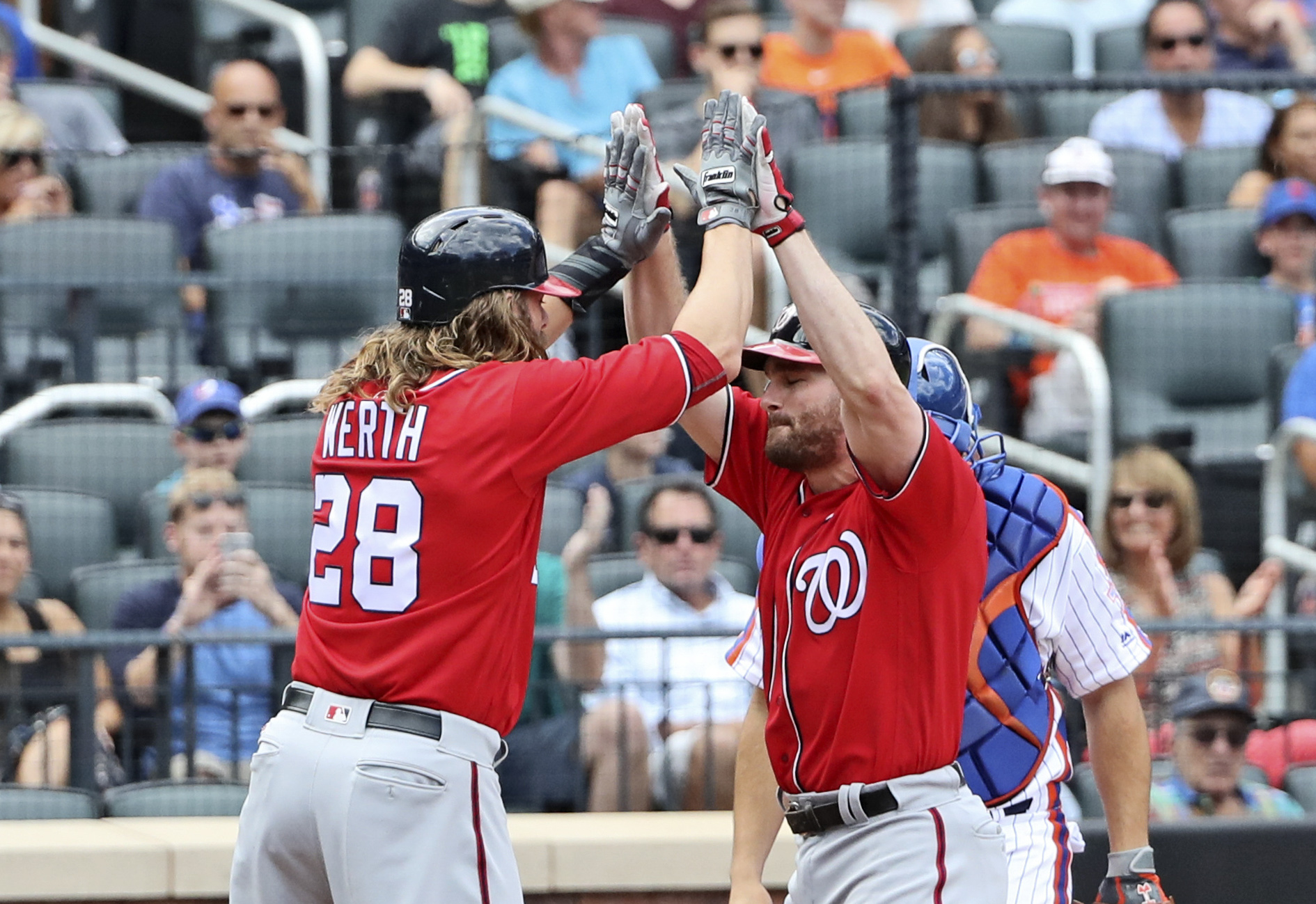 Now that the first half is over, it's over, Baker explained, and even with a 6.0-game lead and a little breathing room, he didn't think motivating the team to keep it going would be an issue.

"You don't mention the lead too much," he said. "You just look forward. You don't look behind you.

"And if you do look behind you, you don't turn around. You look in the rearview mirror and sooner or later we might be up on the crest and you won't see anybody real close in the mirror.

"So the main thing is you've just got to play, you know, keep playing."