"He's a professional hitter," Mike Rizzo told reporters when he introduced Daniel Murphy this winter. "Can fall out of bed hitting. And he's shown it against us." He's shown it against the New York Mets now too, in the first half of his first season in D.C.

"Murph, man he's unbelievable," Dusty Baker told reporters after Murphy hit a two-run home run early in the Nats' 3-2 win over the Mets in the first-half finale on Sunday.

"I mean he's even amazing some of our guys and when you've got a guy like that, that's carrying you, now we need some other guys that we know, we're positive, that they're going to pick it up in the second half, and boy, that was a very good weekend for us."

Baker talked about Murphy's approach at the plate after his second baseman went 3 for 4 with a home run, a walk and four driven in in the Nationals' 6-1 win over the Mets on Saturday night.

The walk came in his final at bat in the top of the ninth with Murphy a triple short of the cycle, but there was no hint he was altering his approach in any way, which impressed his manager.

"The thing about Murphy, he does what Luke Appling told me to do. He said: ‘Don’t give them away. Don’t give away at-bats,’" Baker told reporters, as quoted by MASN's Mark Zuckerman.

"He certainly could have given that one away going for the cycle, but he didn’t. He stayed within himself. Rarely does he over-swing and rarely does he give away at-bats."

Murphy's former manager, Terry Collins, was asked if Mets' pitchers needed to pound the left-handed hitting infielder inside to avoid letting him continue to do what he's done against them so far this season?

"His .598 slugging percentage trails only those of David Ortiz and Jake Lamb. His rate of strikeouts per plate appearances (10.5 percent) ranks seventh lowest in the majors, second lowest in the National League, trailing only Joe Panik (10.2 percent)."

Simon also wrote about the changes Murphy made at the plate, moving closer so that he can, "take more impactful swings against outer-half pitches." The results thus far?:

"He has an idea. He has a heck of an idea," Baker explained when asked in a mid-May press conference about what was behind Murphy's success at the plate.

"If anything, he uses probably that iPad in the dugout as much as anybody. You get to a point in time in your career when you know almost what's coming almost all the time by a pitcher's windup, by the sequence of pitches, by the situation.

Nationals carried by five who surpassed expectations in first half 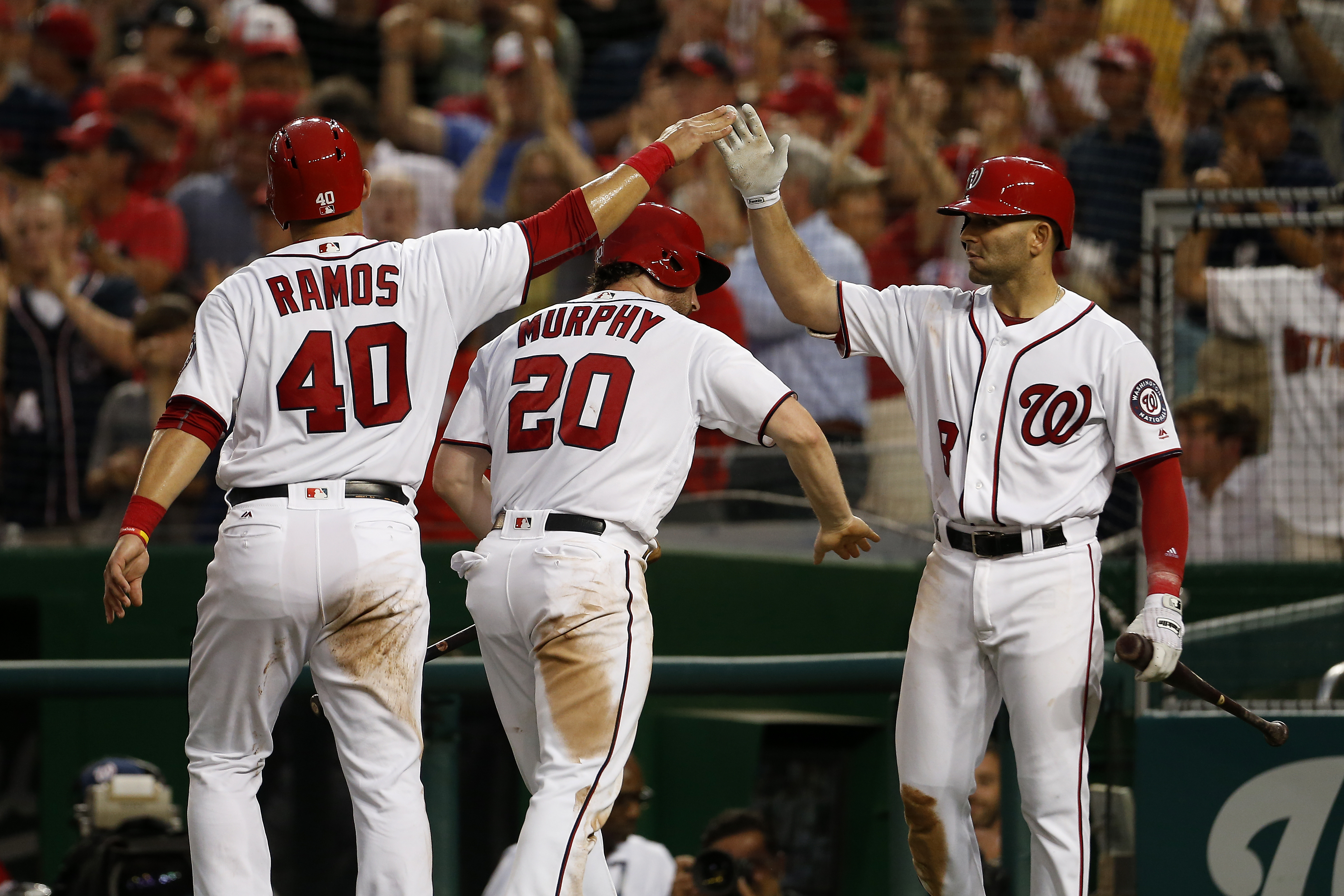 "'The guy is trying to make me hit into a double play... he's going to do this to you and that to you.'"

"If a guy is trying to strike me out he's going to do something else to you and then you start believing by your success that you're doing the right thing. And he has a system. Everybody has to find their comfort-level and their own system on what makes them successful.