Washington Nationals' infield prospect Trea Turner started last Sunday's series finale with the New York Mets, playing at second base with Daniel Murphy at first. Will we see more of that infield alignment going forward? Where will Trea play?

Before the Washington Nationals called Trea Turner back up to the majors for the four-game, first-half ending series with the New York Mets last week, Nationals' skipper Dusty Baker talked about the natural inclination to want to see the next big thing.

Good as the 23-year-old infielder has been at Triple-A, putting up a .302/.370/.471 line with 22 doubles, eight triples, six home runs and 25 stolen bases in 27 attempts, Baker said Turner needs to continue to play on a regular basis at this stage of his development.

"I know everybody is calling for the next new guy," Baker explained, "but sometimes it's better served that they play.

"I know everybody is calling for the next new guy, but sometimes it's better served that they play. I was in that same boat as a kid and you get impatient sometimes..." -Dusty Baker on Trea Turner getting his shot to play every day

"I was in that same boat as a kid and you get impatient sometimes, but heck, I hit .325, made the All-Star team and I had to go back and my roommate Ralph Garr hit .348 and had to go back, and hit .363 or something like that.

"There's more to playing the game than just hitting. That's all you see are the stats and hitting, but you don't see plays and see baserunning, throwing to the right base, there's a lot of things that are involved in the game not just hitting.

"We get caught up sometimes in the stats so much but you don't really get to see a guy every day, so I leave that to the people that are down there and people that are evaluating the everyday play of a person, so it's not going to hurt him to play."

The fact that Danny Espinosa has played as well he has in the last month-plus has allowed the Nationals to take their time with Turner's development.

"Espinosa has been outstanding," GM Mike Rizzo told 106.7 the FAN in D.C.'s The Sports Junkies during his weekly visit last Wednesday.

"He's a guy that we've trusted here and liked for a long time. We've -- in the past -- taken a lot criticism for playing him regularly when his batting average was such, but the guy brings a dimension of energy and toughness and a guy that's a durable player that wants to play every day, that plays every day, he plays the game the right way, he's a dirtbag with some skills and what I kept telling people is that you're talking about a premium, middle of the diamond defensive player with power and stolen base capability."

"I get the average is what it is and the strikeouts, they are what they are, but there are just not a lot of skill sets in the big leagues like his, even when he was struggling with the bat.

"We stayed true to him and he's an extremely really hard worker and has made some adjustments at the plate.

"If you noticed, left-handed, that big high knee-kick, to load his bat and to trigger his swing, he has really calmed that thing down. It gives him a better look at the pitches..." -Mike Rizzo on Danny Espinosa's improvement at the plate

"If you noticed left-handed, that big high knee-kick, to load his bat and to trigger his swing, he has really calmed that thing down. It gives him a better look at the pitches and more plate discipline and when the ball is in the zone, he's strong as a bull.

"He's pound for pound one of the strongest players that we have on this team and a guy that gives us a lot of dimensions and a great skill set that helps you win.

"Defense up the middle is hard to find and when he hits like he's hitting right now it's really a bonus."

So with Espinosa excelling at short and Daniel Murphy at second it's going to be hard for Turner to crack the middle infield.

He has, of course, seen time in the outfield in the minors, but as Baker explained when Turner was recalled last week, now is not the time for someone to be learning on the job as the Nationals fight for the division.

"He hasn’t played but what, a handful of games out there? This is too big a series to try to see and experiment. It wouldn’t be fair to him and us. Just because you have the speed doesn’t mean you know the routes. … I’m sure in time, he’ll show us all, but right now, he’ll probably remain in the infield unless I have to make a move out there in the outfield."

"Right now, Trea has to fit in where he get in," Baker said.

"Right now, there’s no real place for Trea to take. This isn’t a tryout camp. This is try to play the best team overall to win the game and win the pennant. Hopefully Trea will be a part of that while he’s here."

Baker said there was a possibility Turner could start against left-handers with Ryan Zimmerman on the DL and Clint Robinson backing up at first.

In the series finale with the Mets, Turner started against lefty Steven Matz, playing second with Murphy at first base. 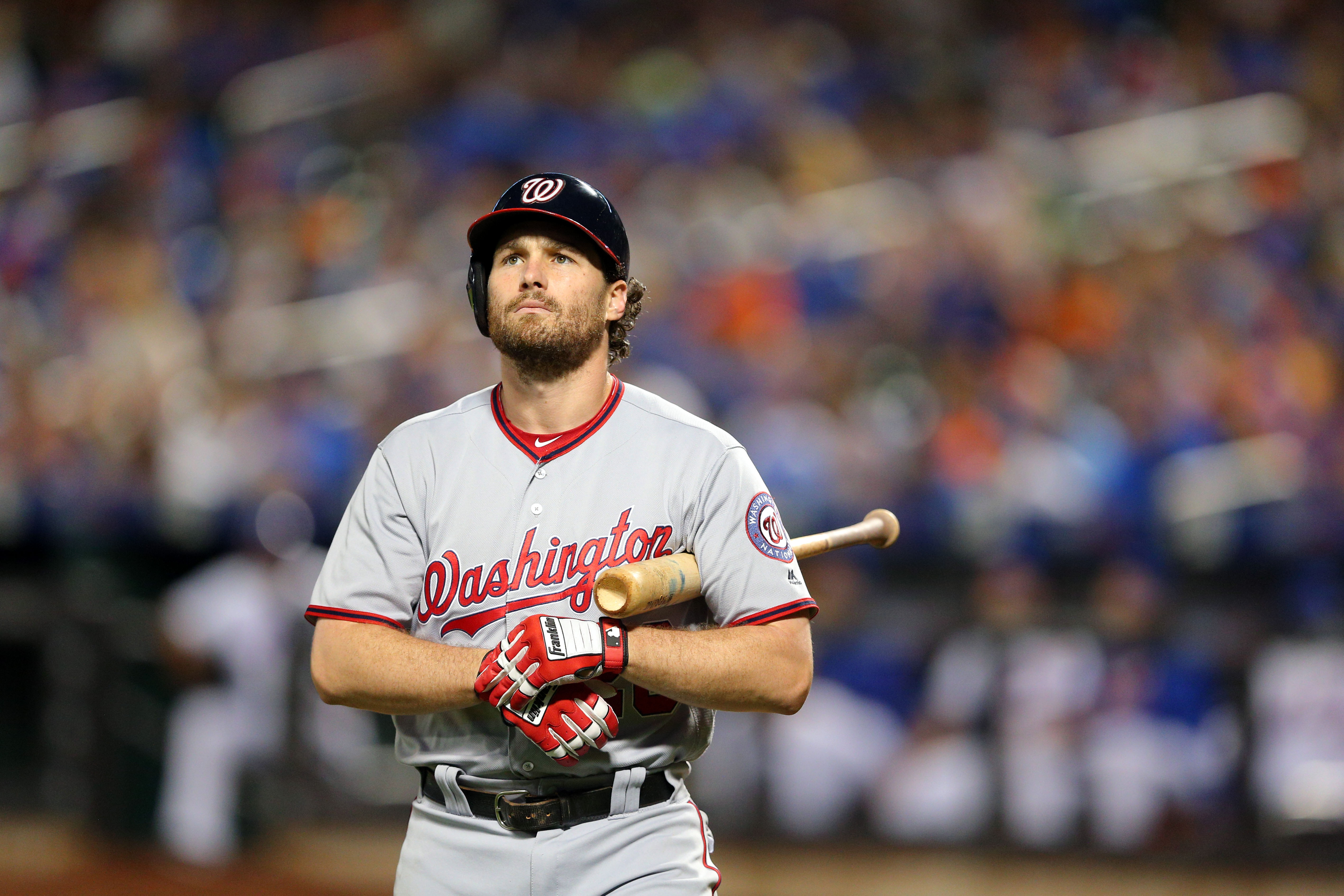 In his latest visit with 106.7 the FAN in D.C.'s The Sports Junkies this week, Rizzo was asked if we might see more of that infield alignment going forward?

After first assuring the Junkies that decisions on the lineup are up to his manager, Rizzo said that wherever he plays, Turner is going to have an impact.

"Trea is a good asset for us that can impact the baseball game and we're going to put him in the best place to have success and help us win games," Rizzo said.

"His speed is game-changing. He's become a versatile player who can play some outfield and some infield and I think you'll see more and more of him as the season progresses."