Baseball America and ESPN.com's Keith Law updated their rankings of the top prospects in baseball this week and the Washington Nationals were well-represented on both lists. Lucas Giolito was the top Nationals' prospect on each list, of course...

Washington's farmhands were well-represented on the lists, with five Nationals' prospects in BA's updated Top 100 and two on Law's updated Top 50 (with Trea Turner having graduated from prospect status since he's currently in the majors as Law explained in his introduction).

Lucas Giolito (No. 4) and Turner (No.5) were the highest-ranked on Baseball America's list.

Their scouting report on Giolito, the recently-turned 22-year-old right-hander, noted that his "stuff remains exceptional" though, "scouts worry about his command."

Law, who has Giolito as the highest-ranked pitcher (No.2 overall) writes that he'd like to see more two-seam fastballs and changeups from the 2012 1st Round pick next time he's up, after he was "way too four-seamer heavy" in his two starts for the Nats.

Turner, Baseball America's brief report notes, is, "doing everything he can to earn a spot in D.C.," including his recent work in the outfield.

"One of the most dynamic prospects in the game," according to Baseball America's scouts, Robles, "... has the potential to be a true five-tool player," in their opinion.

Law, who has Robles ranked 10th overall on his Top 50, say he's a "four-tool guy already," with the potential to be a future All-Star if he adds power to "... his speed, on-base skills and plus defense in center."

While Robles is the last Nats' prospect to crack Law's Top 50, Reynaldo Lopez moved up the list and landed at No. 48 on BA's Top 100, "... after posting four double-digit strikeouts games since May 29." 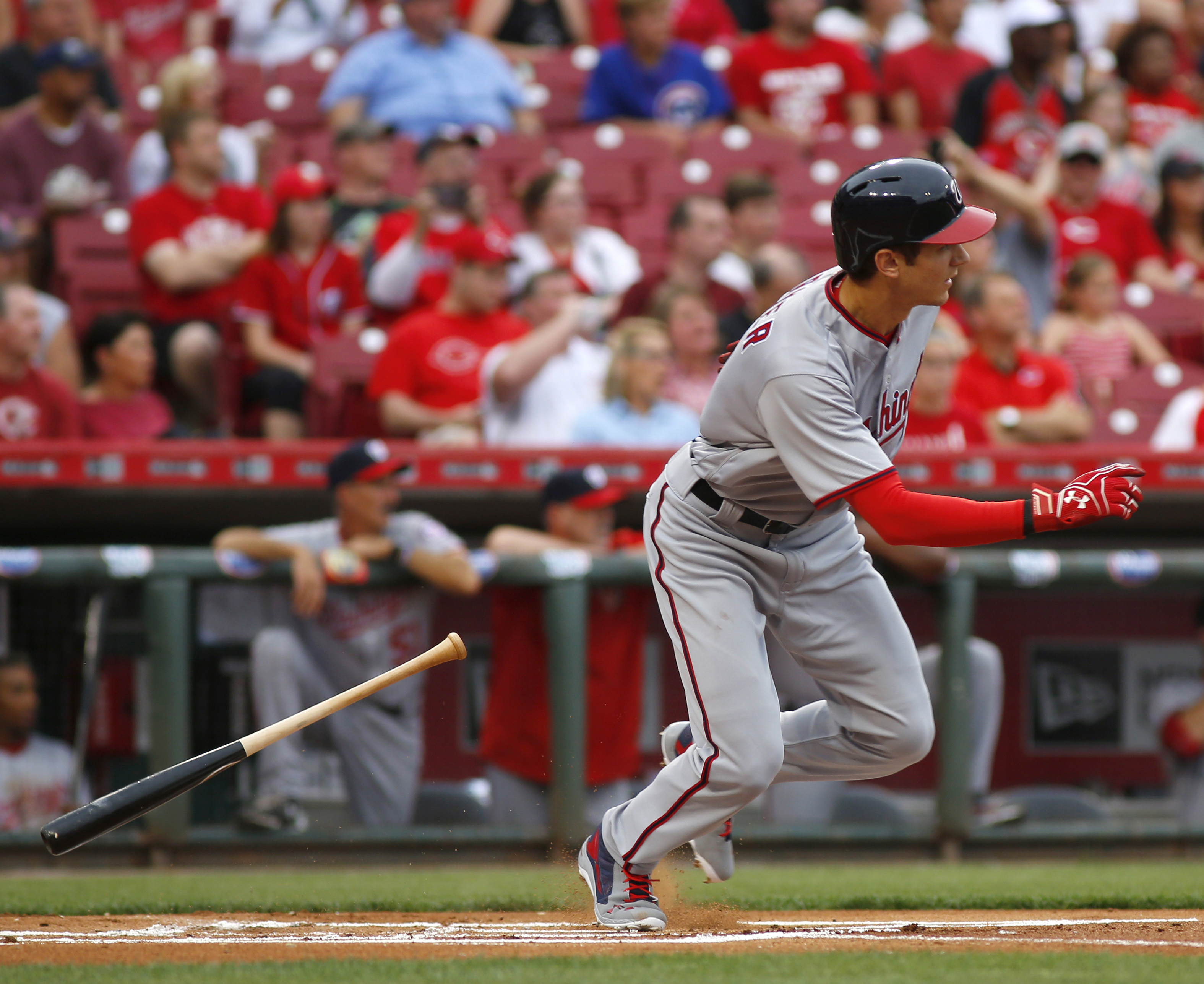 Will Lopez make it up to the majors at some point this season in the pen or in the rotation if a need arises?

The success Lopez and Giolito have had has allowed 23-year-old, 2014 1st Round pick Erick Fedde to develop slowly in his second season back following Tommy John surgery.