Daniel Murphy was penciled in as part of the lineup for the second-half opener last night, but the Washington Nationals' first-half MVP was scratched late with what was later revealed to be a left hamstring issue.

Daniel Murphy went 2 for 3 in his second All-Star Game this past Tuesday. He singled to center to start the ninth inning but was forced out at second on a grounder back to the mound in the next at bat. On that play, the 31-year-old infielder apparently tweaked something in his left hamstring.

Murphy was originally penciled in as the starting first baseman on Friday night. Dusty Baker talked to reporters before the series opener against the Pittsburgh Pirates about using Murphy at first for now while Ryan Zimmerman is on the DL with a left rib cage strain.

"I think he hurt it sliding into second or something, I'm not sure. His leg is hurt, but it's not too bad. We want to stop it before it gets to something worse." -Dusty Baker on Daniel Murphy's hamstring injury

"[Murphy] told me he had probably 100-something games over there at first," Baker said, "which is more than anybody else that I have, other than probably [Clint] Robinson.

Before the start of the game, however, Murphy was scratched with what was originally described by the Nationals as "general leg soreness".

After the Nationals' 5-1 win over the Pirates, Baker and Murphy elaborated on the extent of the issue, which is actually in Murphy's left hamstring.

"I think he hurt it sliding into second or something, I'm not sure," Baker told reporters. "His leg is hurt, but it's not too bad. We want to stop it before it gets to something worse."

"I just felt a little soreness late in the game," Murphy explained, as quoted by MASN's Byron Kerr. "Just a little hamstring soreness."

"I just felt some tightness. I think ‘hurt’ may be a little extreme. But yeah. It was sore and after talking with Dusty and the training staff, we thought it would be best to not play today. Get some treatment and we’ll come in tomorrow and see how it feels."

Baker said holding Murphy out of the second-half opener was more of a precaution.

"We decided, all of us including Murph, that it would be best that he didn't play today and I'm not sure about tomorrow, because we have a little cushion and we can't lose Murphy for any period of time. And so he's on the day-to-day.

"Big Robinson, he's always ready. He didn't seem to be fazed by the left-hander. [Francisco] Liriano is one of the best left-handers around and he got some big hits for us, he tied the game up off Liriano and then he got another hit that started a rally, continued the rally. Clint has been a lifesaver for us and especially in Zim's absence."

As for Zimmerman? Baker talked about the first baseman's recovery before Friday night's game when he was asked if he was confident that Zimmerman would be back when his 15-Day DL stint is over.

"I'm confident, but I'm not convinced just because you don't know," he said.

"You don't know if we caught it in time and you don't exactly know when to put him back in. Because you don't know if it's too soon or if he's champing at the bit. There are certain injuries in which you just don't know until you get out there. 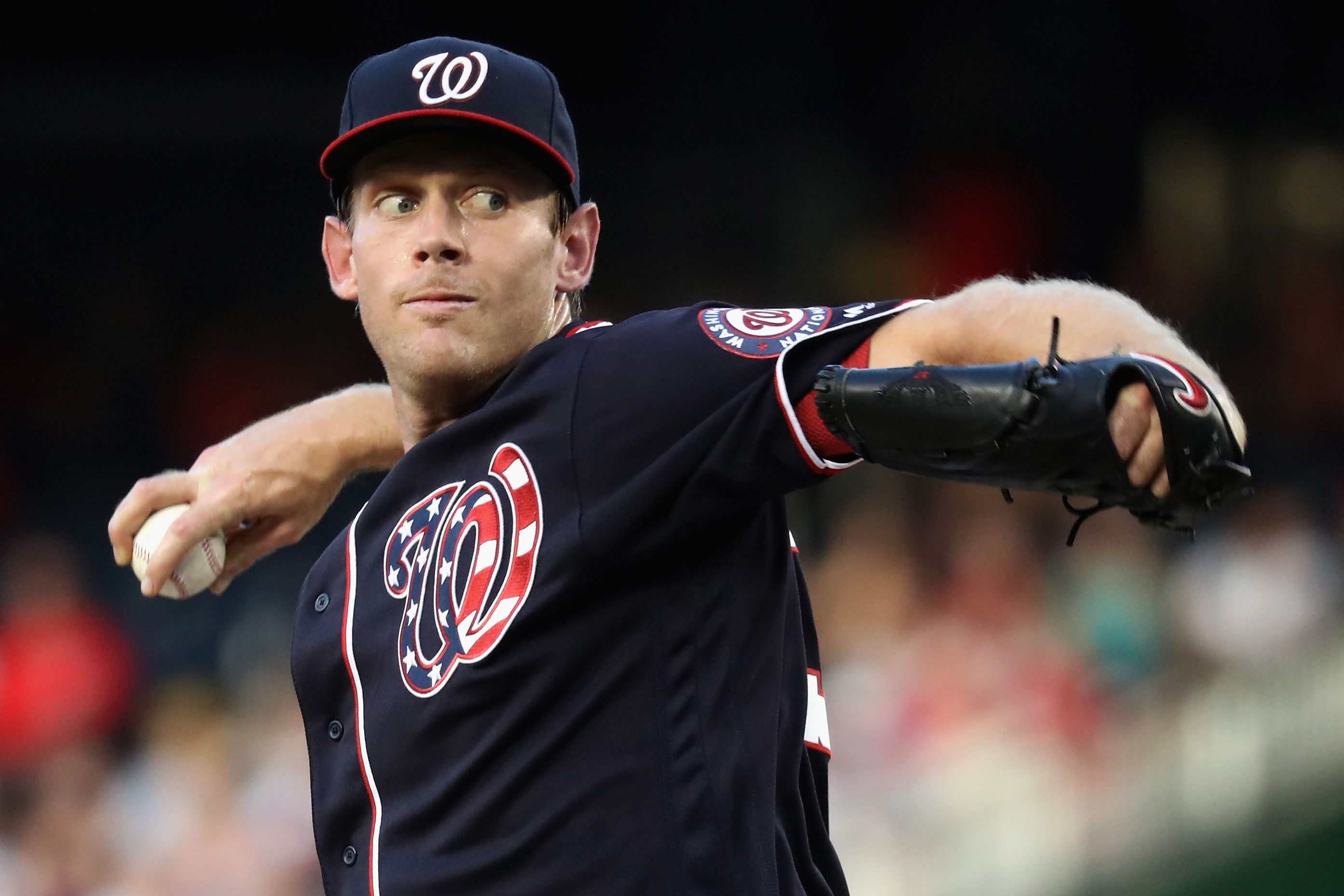 "Until you take dry swings like he's been doing, or when you take batting practice, it's hard to simulate the body rotation on 95 because you just don't see 95 in practice.

"That's not the objective of practice. We're doing all we can do. Zim's working. He told me he was taking three sessions today, trying to get right. He's big-time honest and I'm hoping that he's getting back soon.

It might be a little while before the Nationals are whole and healthy again, but they managed to win again last night as they wait for everyone to come back.

• We talked about Murphy's injury, Strasburg's dominance and more on last night's edition of Nats Nightly: