Washington Nationals' prospect Reynaldo Lopez will make his MLB debut on Tuesday night in the opening game of the Nats' three-game series with the Los Angeles Dodgers. Lopez, 22, started the season at Double-A before a promotion.

When the pregame notes for Sunday afternoon's series finale with the Pittsburgh Pirates were released, the pitching matchups for the upcoming three-game set with the Los Angeles Dodgers were incomplete.

Washington Nationals' lefty Gio Gonzalez and right-hander Stephen Strasburg were penciled in as the starters for the second and third games of the series on Wednesday and Thursday, respectively, but Tuesday's starter was listed as TBA.

Would it be Joe Ross, currently on the DL with right shoulder inflammation? Or possibly Lucas Giolito, who was optioned to Triple-A Syracuse after struggling in his second major league start against the New York Mets?

While the Nationals and Pirates were finishing up their three-game set, MLB.com's Jesse Sanchez tweeted out what he had heard from a source about who would get the nod:

Source: #Nationals pitching prospect Reynaldo Lopez "got the call" and is expected to make his big league debut this week. He's in DC.

Washington Post writer Chelsea Janes, who'd previously speculated about the possibility that the 22-year-old prospect Reynaldo Lopez would get the call, added the following information:

As follow up to this, asked if Lopez would start for Nats Tuesday, person familiar said "there's a chance of that." https://t.co/tV3VsEaU8f

Lopez landed at No. 48 on Baseball America's midseason update of its Top 100 prospects, "... after posting four double-digit strikeouts games since May 29," as their scouts wrote when the list was released.

Nats' skipper Dusty Baker made the official announcement that Lopez would start Tuesday's game after the Nationals' loss to the Pirates.

'We called up Lopez to start on Tuesday against the Dodgers and so he'll start in Giolito's spot," Baker said sort-of out of nowhere as he talked about the Nationals' bench being short on Sunday.

Asked why they went with Lopez over Giolito, Baker explained the thinking behind the decision.

"Giolito needs some work, especially with his breaking ball and his location, so we call up a par arm and we're going to put Sammy Solis on the DL cause his knee is cranky right now so we can back-date it and it won't be the full two weeks with the off days and the All-Star Break and everything else that we had. We just thought that that was the move right now."

Giolito could potentially return the next time this spot in the rotation comes up, however, depending on how things go for everyone involved.

"[Giolito is] pitching on the same day that Lopez is pitching, which is by design, and if things don't work out and if Joe Ross isn't ready then we can go back to Giolito after he gets some work." 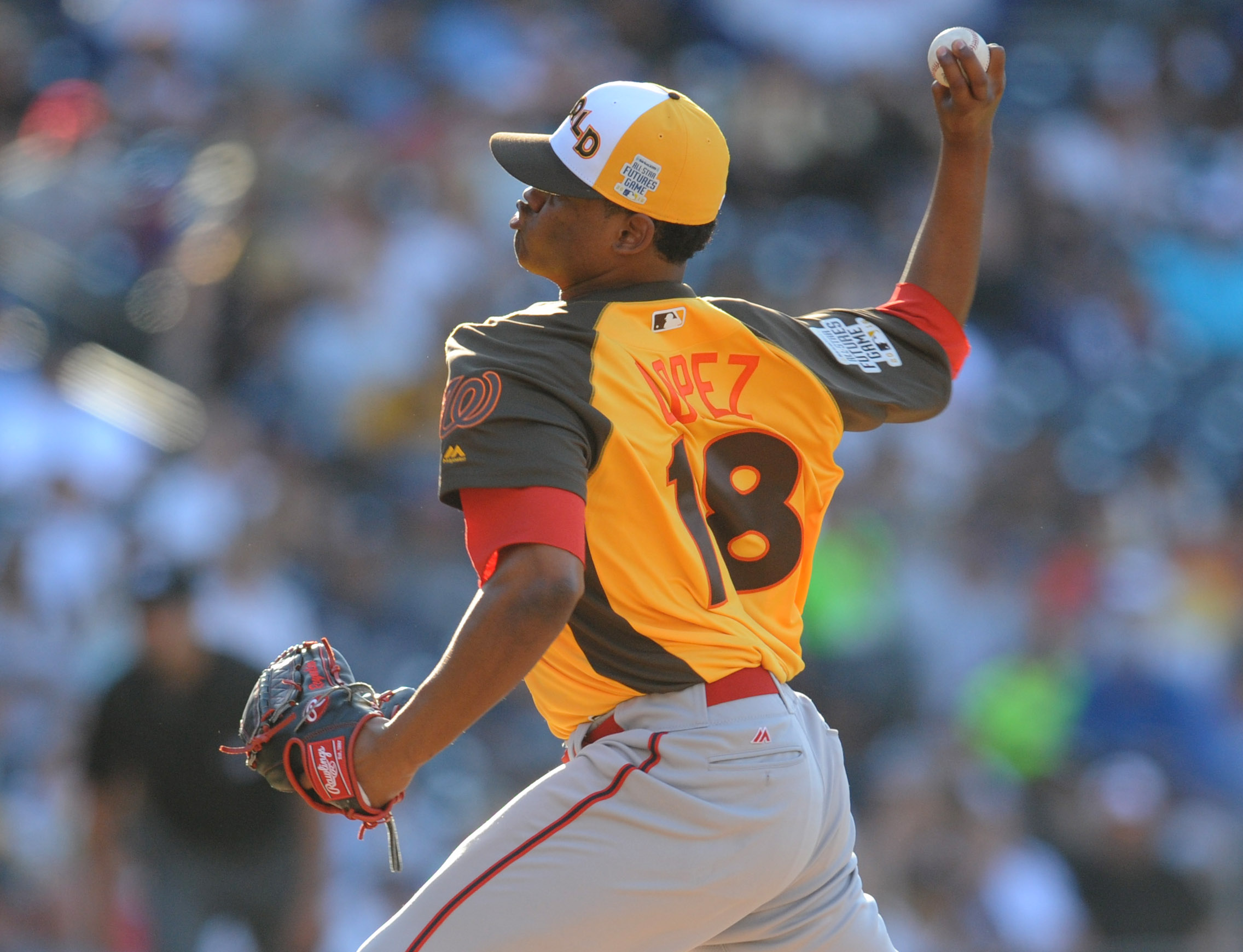 For what it's worth, Nationals' GM Mike Rizzo provided the following update on Ross during an MLB Network Radio interview on Sunday morning.

"We're hoping that he's going to throw some bullpens and a simulated game and we're hoping that he gets back in the rotation quickly and I think it will be a good respite for him to really lengthen him out to be a little fresher at the end of the season. I think it's a blessing in disguise for him."

When Ross or Giolito will return is to be determined, but the mystery of the TBA starter on Tuesday night has been solved.