Washington Nationals' right-hander Stephen Strasburg was (13-0) heading into Thursday afternoon's series finale with the Los Angeles Dodgers, but he suffered his first loss since September of 2015. The win-streak had to end at some point.

Stephen Strasburg took the mound Thursday in Nationals Park within reach of a record that had stood for 85 years.

A win would give the Washington Nationals' '09 No. 1 overall pick 17-straight without a loss, tying him with one-time Washington Senators' right-hander Firpo Marberry for the longest win-streak by a starter in D.C.-baseball history.

Marberry set the mark in 1930-31. Strasburg had won 16-straight going back to September 2015 before his latest outing.

"You handle hype by not submitting to the hype and try to make the hype invisible. Don't watch TV and don't be reading the internet. You kind of isolate yourself from everything..." -Dusty Baker on Stephen Strasburg handling hype

He was (13-0) on the year this season heading into the series finale with the Los Angeles Dodgers, with the Nationals 16-1 in his outings so far in 2016.

On the mound opposite Strasburg was another phenom, 19-year-old Dodgers' lefty Julio Urias, who held the Nationals to two runs on six hits in five innings of work when he faced them in Dodger Stadium in June.

Nats' skipper Dusty Baker told reporters before the finale of the three-game set that he liked what he'd seen from the Dodgers' southpaw so far.

"I'm impressed," Baker said. "Any time a guy gets here this early... but I was impressed by the two best 19-year-olds of all time, Doc Gooden and Fernando [Valenzuela].

Baker was, of course, teammates with one of the two pitchers he mentioned in connection to Urias.

He was still patrolling the outfield when a 19-year-old Valenzuela broke into the majors in 1980 and Baker said he remembered that time fondly, especially the days when the lefty would start.

"It was win day," he said. "Every Latin American person in town was there. Every town we played in it was packed. It was like, 'Man, what is going on?' Fernando had that confidence about him."

"I enjoyed playing with Fernando," Baker added. "I'm glad I was around for Fernandomania."

He wasn't around the Nationals for the mania surrounding Strasburg's debut and first few seasons, when the top pick of the 2009 Draft burst onto the scene and captured the attention of whatever members of the baseball world hadn't been following him closely since his college days.

In their time together, however, Baker said he thought Strasburg was doing a great job of handling the hype that's been reignited with his winning streak and tremendous start to the 2016 campaign.

Earlier this summer, the righty decided to forego an opportunity to test the free agent market this winter, agreeing on an unexpected 7-year/$175M extension that will keep him in the nation's capital for at least the next few seasons.

Baker was asked about how he felt Strasburg was handling all the attention.

"You handle hype by not submitting to the hype and try to make the hype invisible," Baker explained.

"Don't watch TV and don't be reading the internet. You kind of isolate yourself from everything. I mean, you guys have been around him more than me, have you seen any difference since he got [$175M] or won 14 or 13 in a row?"

"During that streak, he was outstanding. You know every streak is going to end, that's the best streak I've ever seen I think." -Dusty Baker on Stephen Strasburg's winning streak

"Does he seem any different at all?"

Reporters in the room agreed in saying, "No."

"I'd be different," Baker joked. "My head would be up a little higher."

Strasburg, entering what Baker said should be the prime of his career, has remained the relatively quiet, determined competitor he's been since he reached the majors for the first time in 2010.

"They wouldn't have paid him [$175M] if they thought he was at the crest of his prime. You pay somebody on the go-up, not the come-down."

Strasburg experienced a little bit of a come-down on Thursday, giving up a season-high six runs in the first three innings of his outing, in which he suffered his first loss in eighteen starts.

Justin Turner took Strasburg deep early in the series finale, hitting a 3-2 slider out to left-center, over the visitor's bullpen and onto the center field concourse on a bounce for a two-run home run in the first.

Urias gave up a run on a sac fly to left by Bryce Harper in the bottom of the first, as the Nationals cut the Dodgers' lead in half, 2-1, but Adrian Gonzalez singled to drive in a run and Turner drove in three with a three-run home run on a 3-0 fastball in the third, making it 6-1 Los Angeles.

Urias was done after throwing 77 pitches in four innings in which he gave up just the one run.

Strasburg held the Dodgers scoreless after the third, retiring 12 of the final 13 batters he faced, but he left the game after six in line for his first loss and the Nationals failed to rally.

Strasburg didn't seem too concerned about the end of his winning streak, telling reporters that there were other starts that could have ended it.

"There have been games where I feel like I probably deserved a loss and the team picked me up," Strasburg said. 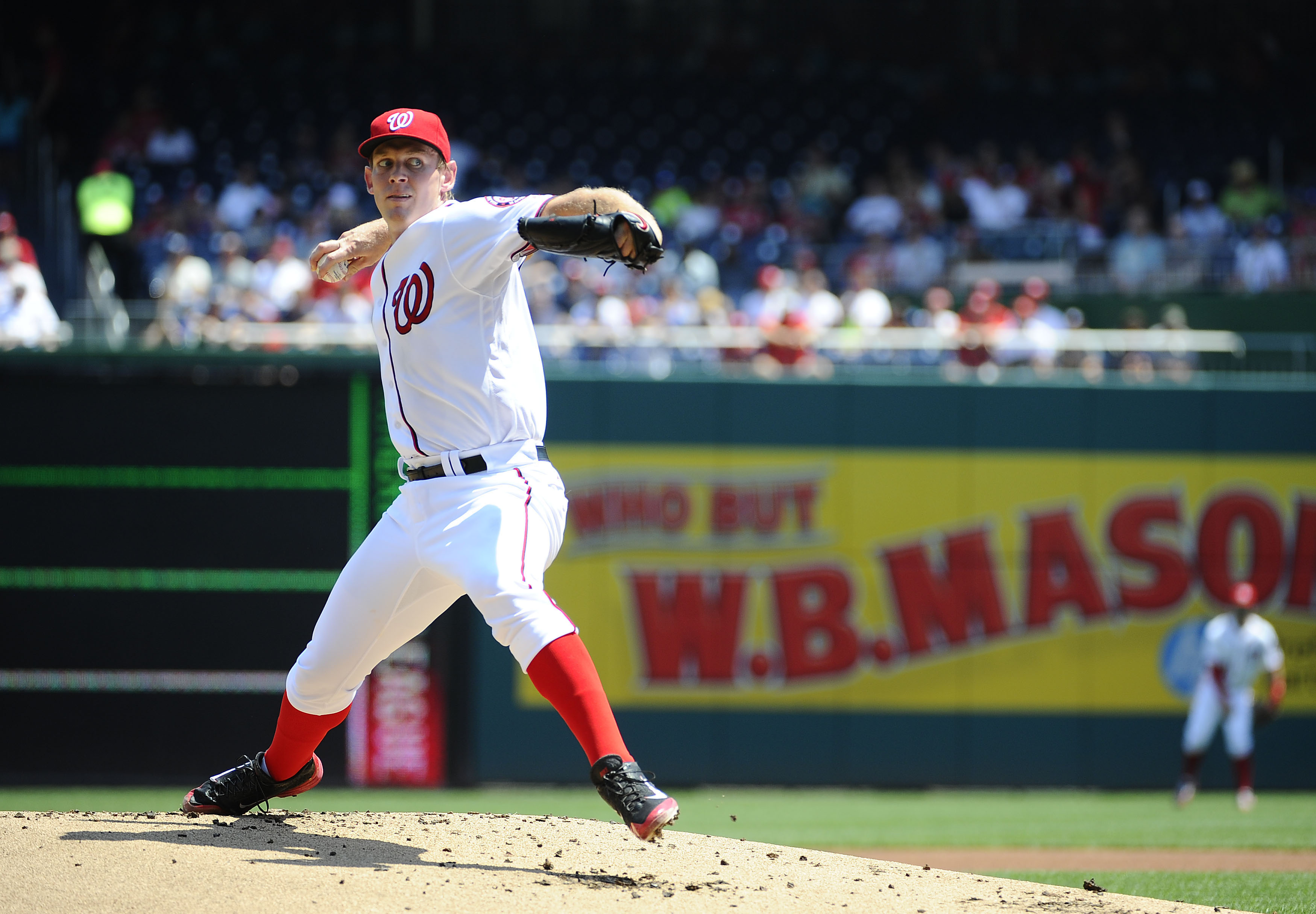 "Just couldn't get it done today, but I'm going to learn from it and hopefully get back out there and give them a better chance to win next time."

Impressive as his win streak was, Baker told reporters, "I was actually more impressed by Stras today. That he didn't blow up. It was extremely hot today, and he kept the game where it was.

"During that streak, he was outstanding. You know every streak is going to end, that's the best streak I've ever seen I think. It was just untimely that it ended today, but you knew it was going to end some day. So now we just go back to the drawing board and start a new streak."