Washington Nationals' skipper Dusty Baker talked after each of the Nats' last two losses about the need to get two-out RBI hits and not just rely on home runs. Baker found himself doing something last night that he never thought he would do...

After Washington Nationals' hitters went 1 for 13 with runners in scoring position and 12 left on base in Thursday's 6-3 loss to the Los Angeles Dodgers, Dusty Baker talked to reporters about his team battling to get back in the game, but eventually coming up short.

"We were fighting back," Baker said. "We were stealing bases, we were trying to get runners in scoring position, which we did. I think we left 11 or 12 men on base.

"We had opportunities to get back in that game, it just seems like most of the year, that two-out RBI hit has been eluding us. I still am positive. I still feel we're going to get a whole bunch of them and that was kind of the ballgame."

"It just seems like most of the year, that two-out RBI hit has been eluding us. I still am positive. I still feel we're going to get a whole bunch of them..." -Dusty Baker on Nationals' offensive struggles

The Nationals' three runs came on solo home runs by Jayson Werth and Daniel Murphy and a two-out RBI single to right by Wilson Ramos that drove Bryce Harper in from second in the first.

They were 0 for 3 with runners in scoring position and two out after that.

"We're not getting the big hits and we're making some untimely mistakes to some big hitters," Baker said after the Nats' second straight loss.

On Thursday, it was Dodgers' infielder Justin Turner doing all the damage, driving in five runs with two and three-run home runs off Stephen Strasburg.

On Friday, it as Matt Kemp who took Tanner Roark deep twice for a solo home run in the first and a three-run blast in the fifth that put the Padres up 5-2.

"I mean this is similar to the Dodgers, where the third baseman drove in five runs, Turner," Baker said.

"Then today, the same guy, Kemp, who you know can hit, has been hitting for years, he drove in four runs. And so it's sort of a mirror image of yesterday's game."

Baker talked again about the Nationals not getting the two-out hits that have eluded them this season.

"You can't guide the ball and you can't hit for the guys," Baker explained.

"We've just got to keep working and have a theory and philosophy on how to hit with two outs. And that's been avoiding us all year long. That's been our nemesis.

"People ask me, 'What do we need?' and we need some timely, just two-out base hits, not home runs.

So, Baker was asked, do the Nationals wait things out or do they have to make changes?

"At this stage of the game, almost 2/3 of the season gone, we've got to make some changes," he said.

The back-to-back losses put the Nationals' skipper in an uncomfortable position last night, forcing him to do something he didn't think he'd ever have to do. 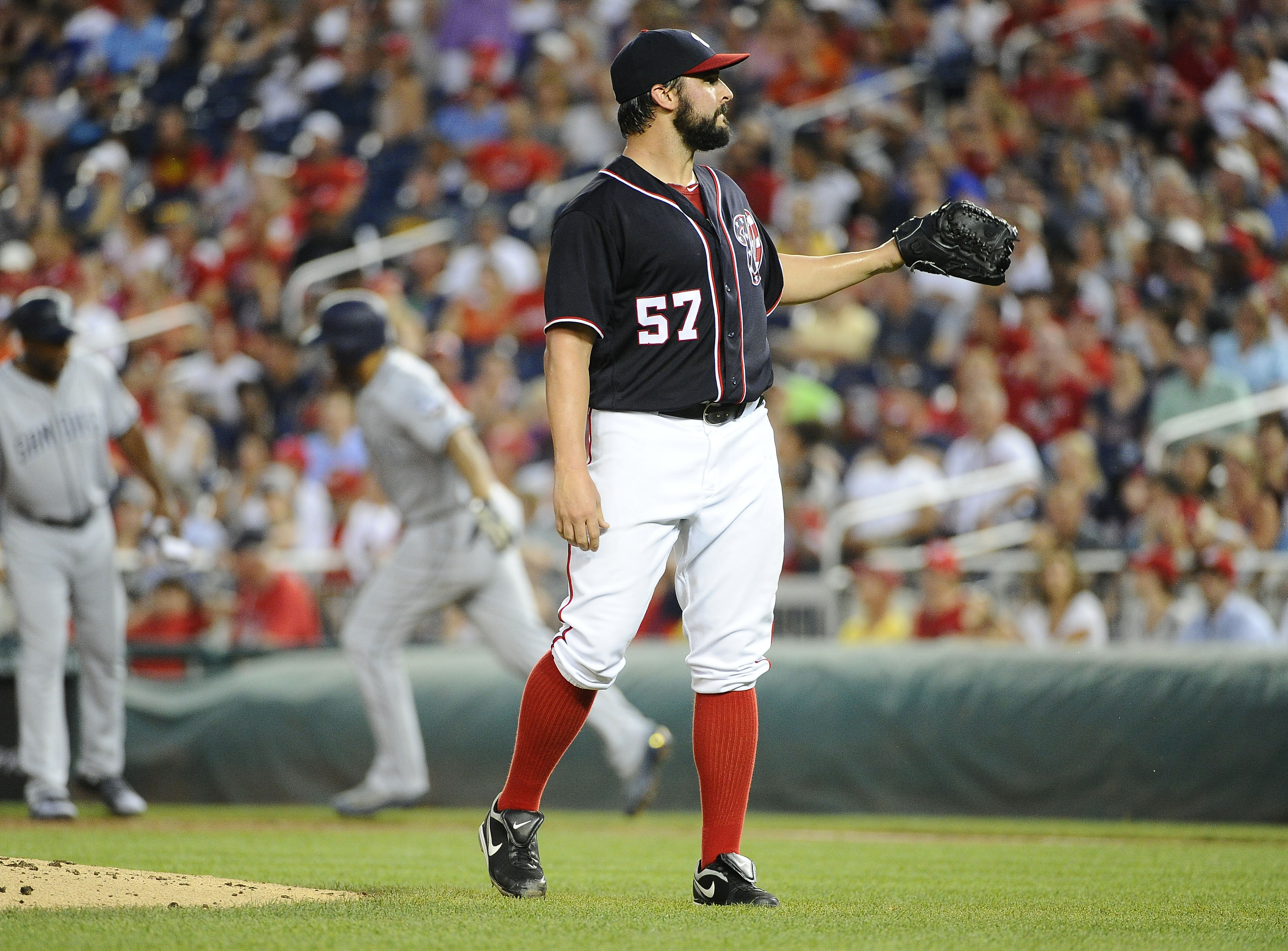 "I never thought I'd be rooting for the Mets," Baker told reporters, "but I was rooting for the Mets tonight so we don't lose ground to who's directly behind us. We'll be better. We'll be much better and I just urge everybody to -- don't panic, just let us play and we'll come out of this."